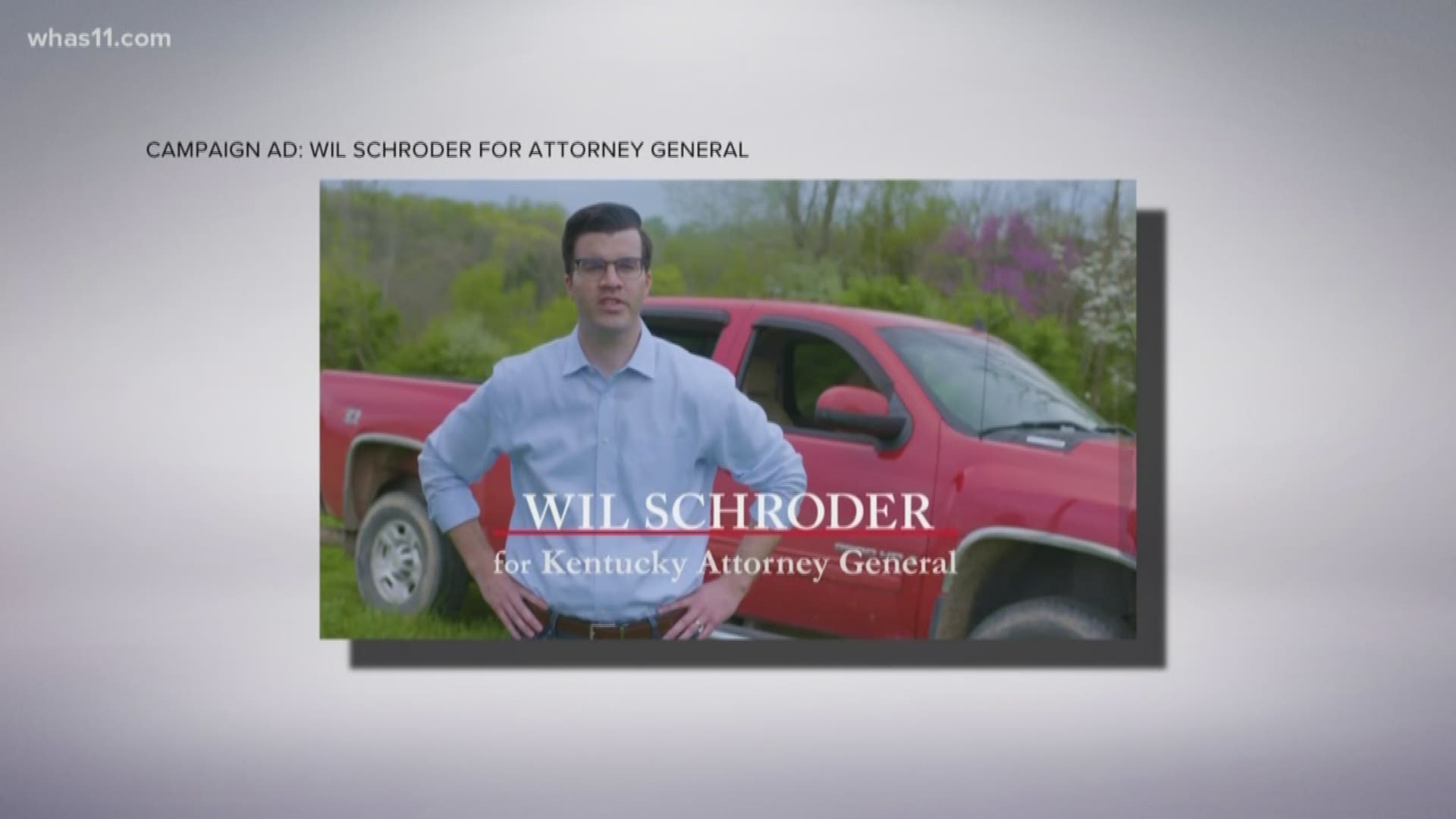 With a week before the Kentucky primary election, a former State Attorney General is sitting on the sidelines waiting to see who will challenge him in the fall. The Kentucky Republican Primary for AG pits two young GOP lawyers hoping to challenge Democrat, Greg Stumbo.

The former Speaker of the House and Attorney General, Stumbo, is not facing a primary challenger.

The right side of the ballot is heating up between a state senator and a former lawyer for Senate Majority Leader Mitch McConnell.

A shotgun-toting Senator Wil Schroder is seen blasting a tv that shows a mailer sent out by the Daniel Cameron campaign claiming Schroder was really a Democrat. In the ad, Schroder touts his support of President Donald Trump and the border wall.

Cameron's ad also touts his support of President Trump and the wall and takes a similar tone to that of an ad supporting him by the Washington-based group Judicial Crisis Network.

Skipping the ad debate, here are some details on the candidates:

Daniel Cameron is the Leader McConnell backed candidate in this race.

He's was a member of the UofL football team and McConnell Scholar who graduated and passed the Bar in 2011 before clerking for US District Court Judge Gregory Van Tatenhove.

Cameron went on to be Leader McConnell's legal counsel before returning to Louisville and joining Frost Brown Todd in 2017.

He's a former prosecutor and has sponsored several bills including the plan this year connected to the Covington Catholic case in which it would be illegal to release private information about minors online.

Whoever the GOP chooses on Tuesday, they will have a real contest on their hands come November when they take on a politically savvy candidate, one well versed on the Kentucky Constitution. Greg Stumbo’s AG victories include taking on Governor Ernie Fletcher over several issues and winning some of those battles.