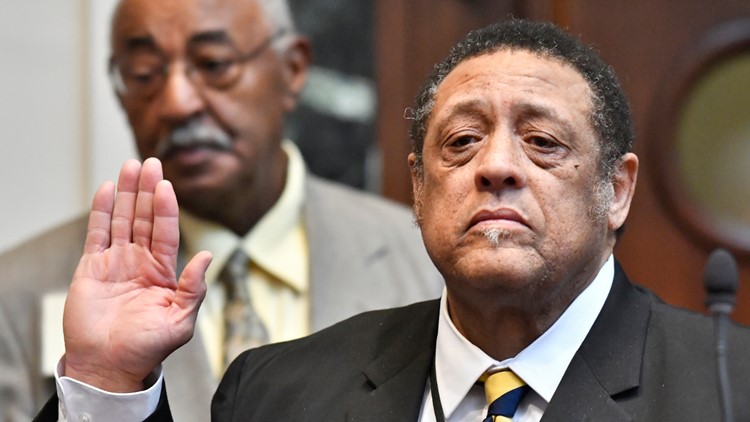 Photo by: AP Photo/Timothy D. Easley
Incoming state Rep. Jim Glenn, D-Owensboro, is sworn in during a ceremony at the Kentucky House of Representatives in Frankfort, Ky.

Glenn defeated Republican state Rep. DJ Johnson on Election Day by one vote, but the Republican-controlled state legislature ordered a recount at Johnson's request. The recount ended in a tie after the board decided to count five rejected absentee ballots.

Other concerns include the removal of 17 invalid absentee ballots from the custody of the County Clerk and pressure on the CBE to recount the invalid ballots.

“The Republicans are systematically destroying the public’s confidence in the integrity and fairness of our elections,” said Marisa McNee, spokeswoman for the Kentucky Democratic Party. “By all accounts, the Board of Elections was pressured into awarding a non-existent vote to DJ Johnson by Mr. Johnson and his lawyers. Rep. Jim Glenn is the rightful winner of this election.”

Republican D.J. Johnson's attorneys responded the the filing, saying the work of the Daviess County Board of Elections should be respected.

"There is nothing new in Mr. Glenn’s filing this morning. It repeats prior statements that are incorrect. And it offers arguments that are not the law," Attorney Cory Skolnick said. "We addressed these points in yesterday’s filing with the House Election Contest Board. The strategy to demonize anyone and anything related to the election contest and recount should stop."