The bill will allow betting on games with in-state college teams like Louisville and Kentucky. 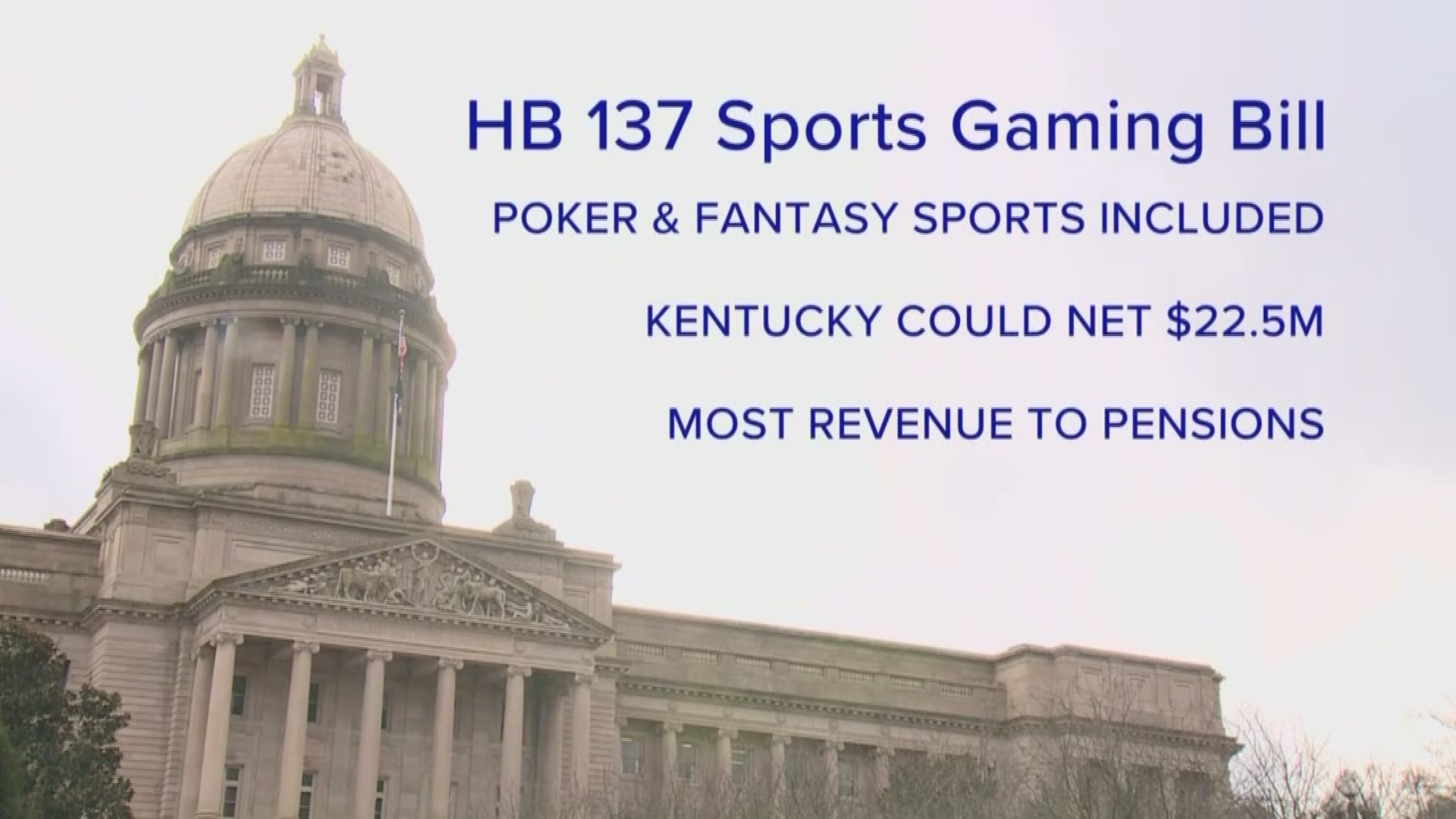 FRANKFORT, Ky. — A bill legalizing sports betting in Kentucky is one step closer to the governor's desk after a committee voted unanimously to send House Bill 137 to the House floor.

The bill is similar to the bill introduced in 2019, requiring bettors go to a track to bet on a sporting event or register to bet on sports online in Kentucky.

A key difference in the bill from its predecessor: it will allow betting on games with in-state college sports teams like Louisville and Kentucky. Rep. Adam Koenig, the bill's sponsor, said that was the biggest complaint he heard from lawmakers about the previous bill.

Koenig and bill co-sponsor Rep. Al Gentry discussed how much other states were taking in in revenue from sports betting, saying Indiana made approximately $20 million.

The Family Foundation of Kentucky said they oppose sports wagering and argued it would require a constitutional amendment. Constitutional attorney Dan Wallach said the original writers of the state's constitution specifically left sports betting out when they banned lotteries.

"The opponents of sports wagering will have to come up with something else, because saying that it requires a constitutional amendment is just a red herring," Wallach said.

The bill is backed by Gov. Andy Beshear, who spoke about Kentucky being left behind during his State of the Commonwealth Jan. 15.

"I fully support [the bill], and we should pass it," Beshear said. "But that shouldn’t be the end of the conversation. Because now, all of our neighboring states  –  most all of them Republican led  – have embraced expanded gaming, while we are being left behind."