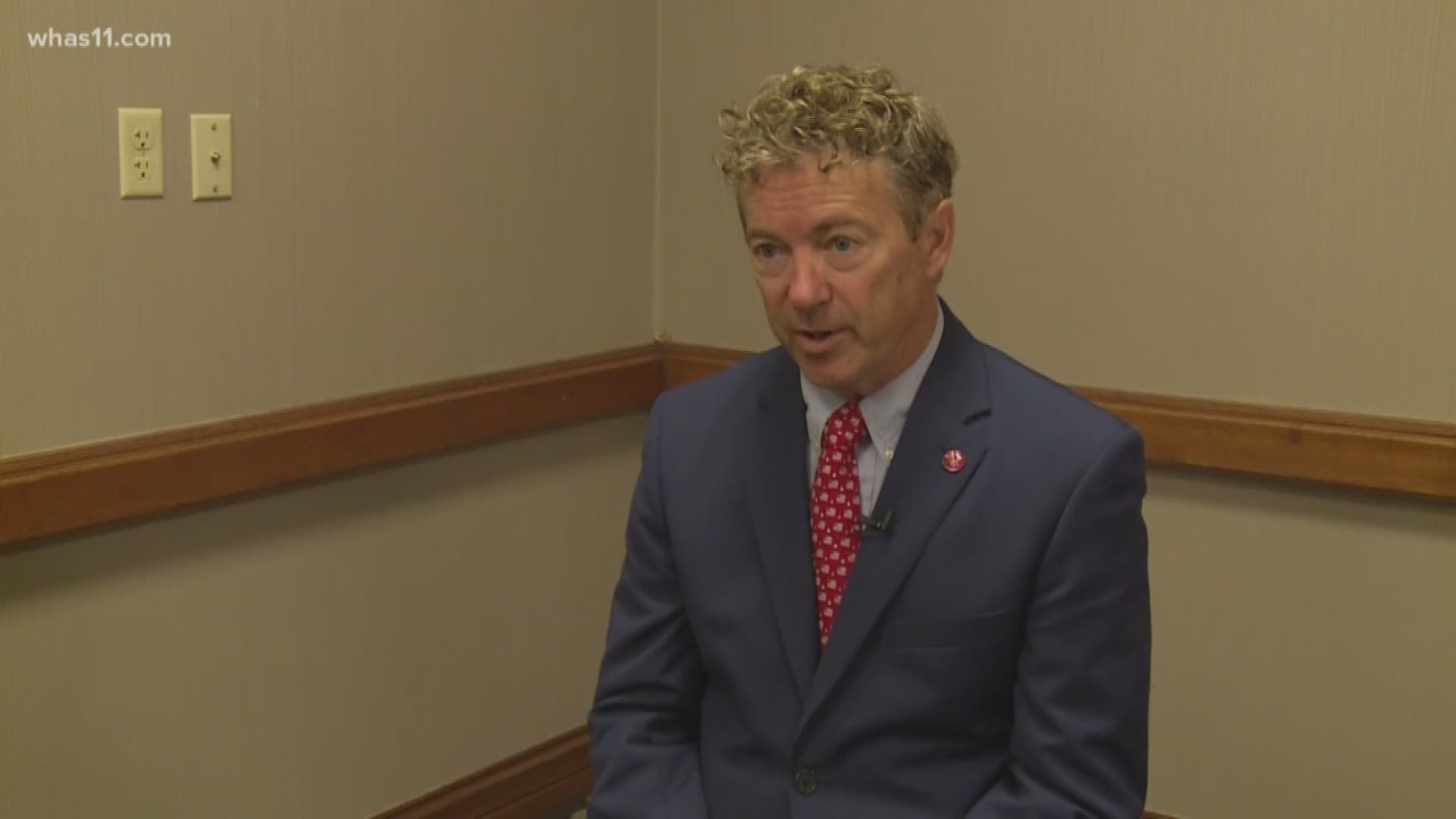 Tanker attacks and presidential powers are the focus of conversation with Kentucky Senator Rand Paul.

Kentucky Republican, Senator Rand Paul, challenged President Barrack Obama when it came to executive orders, Friday in Louisville we asked him about a new plan he’s pitched to challenge presidents from both parties and the rising tensions with Iran.

"Come to Congress and ask for permission before anything militarily occurs”, was how Senator Rand Paul answered our question about advice for President Donald Trump.

That answer came not long after President Trump called the FOX News program, FOX and Friends and said this about the attack on a Japanese oil tanker in the Gulf of Oman, "Well, Iran did do it and, you know they did it because you saw the boat. I guess one of the mines didn't explode and it's probably gotten essentially Iran written all over it.”

The Iranian's have denied they're behind the two attacks this week and others in recent weeks. Japan has yet to point a finger.

Senator Paul, never accused of being a "hawk", says he's not sure Iran is to blame and he wants a thorough investigation.

"It doesn't really benefit Iran to have done this”, said Sen. Paul. “You know, it disrupts the flow in there if we have a dramatic response to Iran. It makes things worse. You can see how there's a lot of negative benefits for Iran that wouldn't sort of argue for the doing this. There are competing influences in Iran though and they say some of the hardliners don't want diplomacy with us and they could have done it to push us apart from talks. I don't know the ultimate answer but, we ought to investigate and see.”

His insistence that his own party's president comes to Congress for permission should surprise no-one. But Senator Paul also announced this week legislation that would make other executive actions more difficult to accomplish such as President Trump's emergency order for border wall funding.

It's called the Republic Act and is described as a way to, "reign in presidential national emergency powers". It basically flips the script on how a president can declare an emergency.

RELATED: Rand Paul: Andy Beshear is on the wrong side of history

“We can disapprove of that, then he can veto it and it would take 67 votes in the Senate to stop him”, explained Senator Paul. “So, it's a very high burden to try and stop the president from trying to do something. I want to change the emergency act from a vote of disapproval to a vote of approval. So, what would happen is, the president would declare the emergency, Congress would vote to approve or disapprove, but if he wants that emergency power, 51percent of us would actually have to vote for it and that's a much different situation than what we have now.”

Senator Paul has bipartisan support for the Republic  Act including a Democrat cosponsor of the bill.