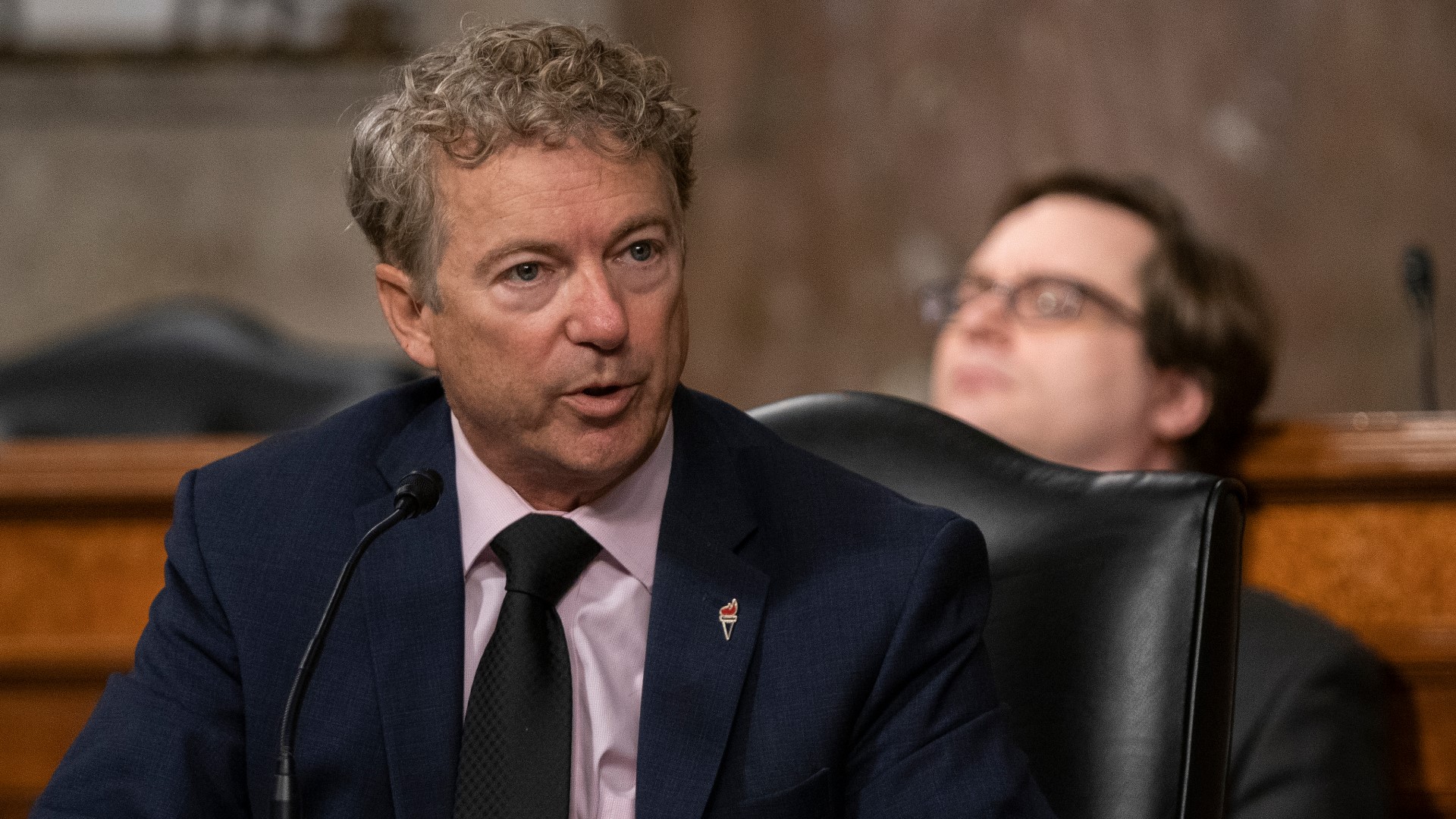 "I want Democrats to raise their hands if they have ever given a speech that says 'take back,' 'fight for your country,'" the Kentucky senator said. "Who hasn't used the words fight figuratively?"

While Paul's motion to vote on the constitutionality of this impeachment failed, it solidified his role as a leader in the fight to stop the impeachment process. His position was backed by 45 Republican senators.

"That's more than enough to stop the president from being convicted of his impeachment. So, Rand Paul is often a thorn in the side of his Republican colleagues, but in this moment, he seems to be rallying them to the side of President Trump. At least on this legal principle," said Rick Klein, political director for ABC News.

Klein said this may have consequences as we move into the trial that starts in two weeks.

"Right now, it looks like only five that would consider conviction in the senate," Klein said. "It's a different situation now that he's out of office and, quite frankly, he's been pretty quiet for a week."

Seventeen Republicans will need to vote in favor of impeachment to convict the former president. There's still a lot up in the air right now, much of the influence falling on another Kentuckian, Senate Minority Leader Mitch McConnell.

"The fact that his vote is out there makes him extremely influential in that trail. If he does vote to convict the president, you can see a situation where [Trump] gets that 2/3 majority come into play, he's convicted and never allowed to run again," Klein said. "If he holds that vote back and votes essentially to acquit, it's a much different scenario."

Though McConnell is no longer majority leader, Klein said his influence is still huge in the Senate.

"Being the minority leader means you set the calendar, you set the schedule, you're allowed to see what comes up for votes and what doesn't," Klein said. "It's much different when you're in the minority, but the Senate is such that even without a close division, the minority has a huge influence."

Klein says McConnell has already insured that the Filibuster is intact and it will only take 40 Republicans to block legislation from coming to the floor.