The Kentucky senator said he is volunteering at a hospital in Bowling Green. 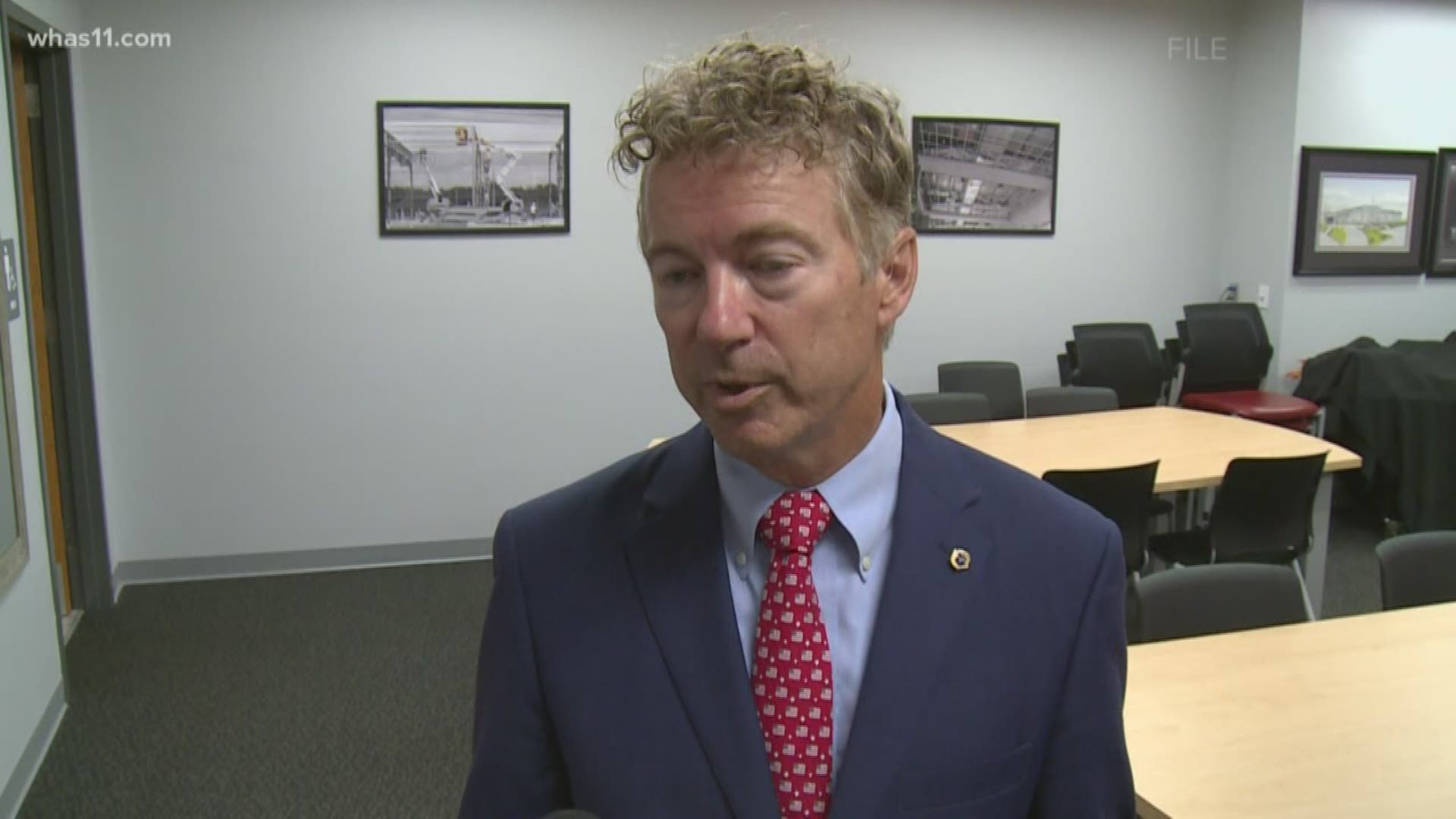 FRANKFORT, Ky. (AP) — Kentucky Sen. Rand Paul said he has recovered from coronavirus and has begun volunteering at a Kentucky hospital.

Paul became the first case of COVID-19 in the U.S. Senate in March, but said he has retested and results came back negative.

The Republican lawmaker sparked bipartisan outrage when he continued to work at the Capitol after taking a test because he had no symptoms and believed it was "highly unlikely he was sick."

Paul said he only took the test out of concern for his lung that was damaged in a 2017 assault by a neighbor who attacked him over a long-standing landscaping dispute.

The eye surgeon said he appreciates all of the good wishes he has received and is feeling better. He also said has started volunteering at a hospital in his hometown in Bowling Green to assist patients, including those with coronavirus.