Rand Paul: Andy Beshear is on the wrong side of history 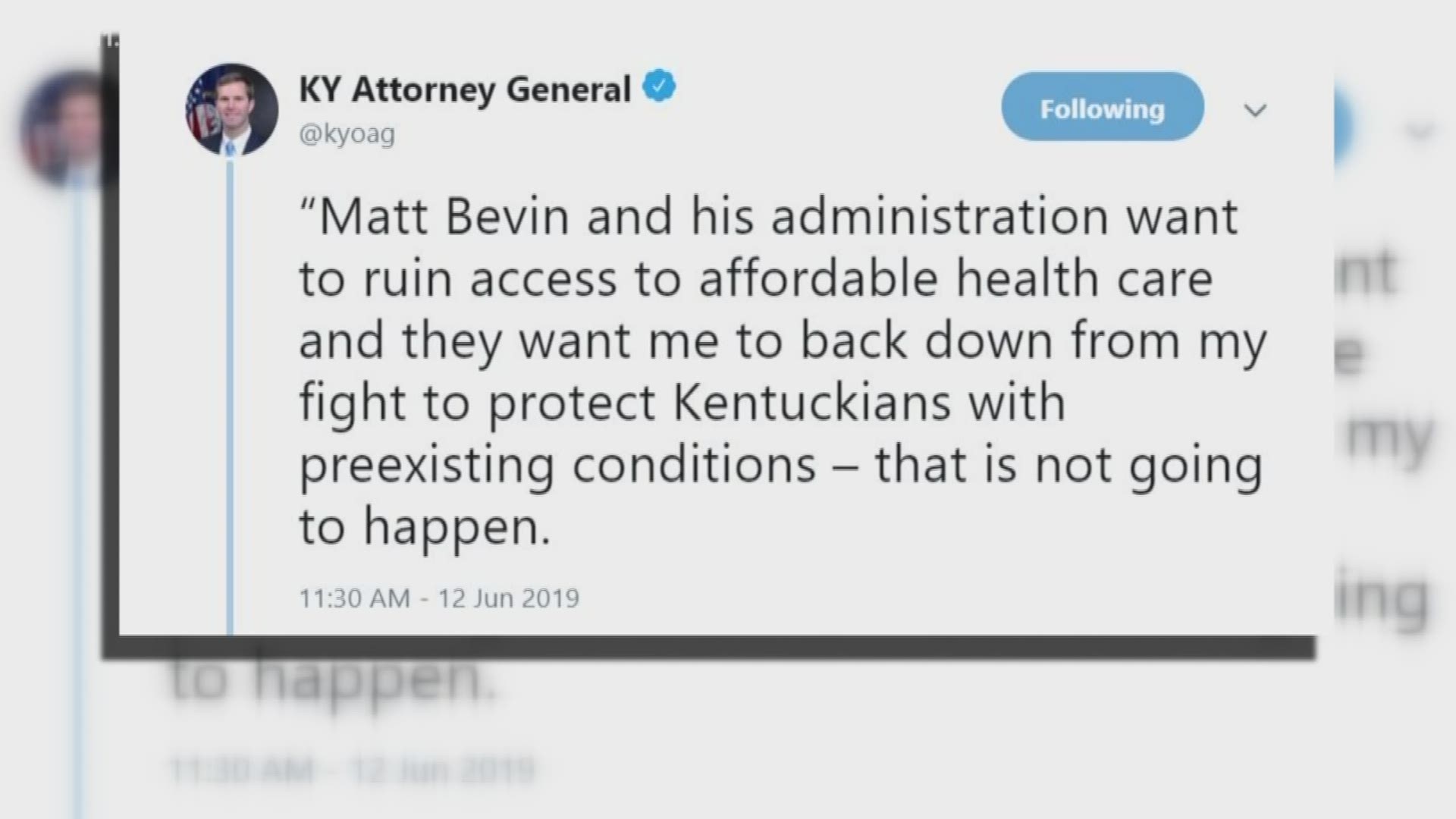 LOUISVILLE, Ky. — (WHAS11)--Senator Rand Paul says he thinks Kentucky Attorney General Andy Beshear, "is on the wrong side of history" when it comes to a lawsuit to stop association health insurance plans. He made that comment during a one-on-one interview with WHAS 11 Political Editor Chris Williams.

For the past few years, Kentucky's Republican Junior Senator had fought to allow small business owners and organizations to pool their resources across state lines to provide insurance for employees.

In 2018, President Donald Trump signed Senator Paul’s plan but it's being held up in court by several state’s attorneys general, including Andy Beshear.

Governor Bevin filed suit on the other side pitting Kentucky on both sides of the Federal fight.

Earlier this week, General Beshear tweeted that the Governor wants "to ruin access to affordable health care and they want me to back down from my fight to protect Kentuckians with preexisting conditions - that is not going to happen."

Senator Paul insists the plan does nothing to hurt those with preexisting conditions.

"Where beshear is absolutely wrong on this is he says preexisting conditions wouldn't be protected, he's absolutely wrong”, said Sen. Paul. “All group policies since 1996 that are sold in America are protected by preexisting conditions including association health plans. So, he just doesn't understand the facts. He's also wrong on that he's opposing consumers, people are being eaten alive by higher health insurance and for him to be opposed to a solution to bring down insurance premiums, I think, he's on the wrong side of history."

Senator Paul likened the associations to unions negotiating for better pay and questioned why a Democrat would oppose the plans.

“I am proud to stand with leading patient and consumer advocates like the American Heart Association and the American Lung Association, who strongly oppose what the Bevin administration is trying to do to working families. If Matt Bevin is successful, insurance companies will once again be allowed to deny vital coverage, like prescription drugs, emergency services and mental health services, to people with preexisting medical conditions. Bevin’s actions would render many Kentuckians’ insurance policies nothing more than pieces of paper, because it would allow insurance companies to refuse to pay for things many Kentuckians need to survive. That’s unacceptable and I’m not going to stop fighting to protect the health and financial security of our families.”