Politics in spotlight at Kentucky FED Up opioid rally 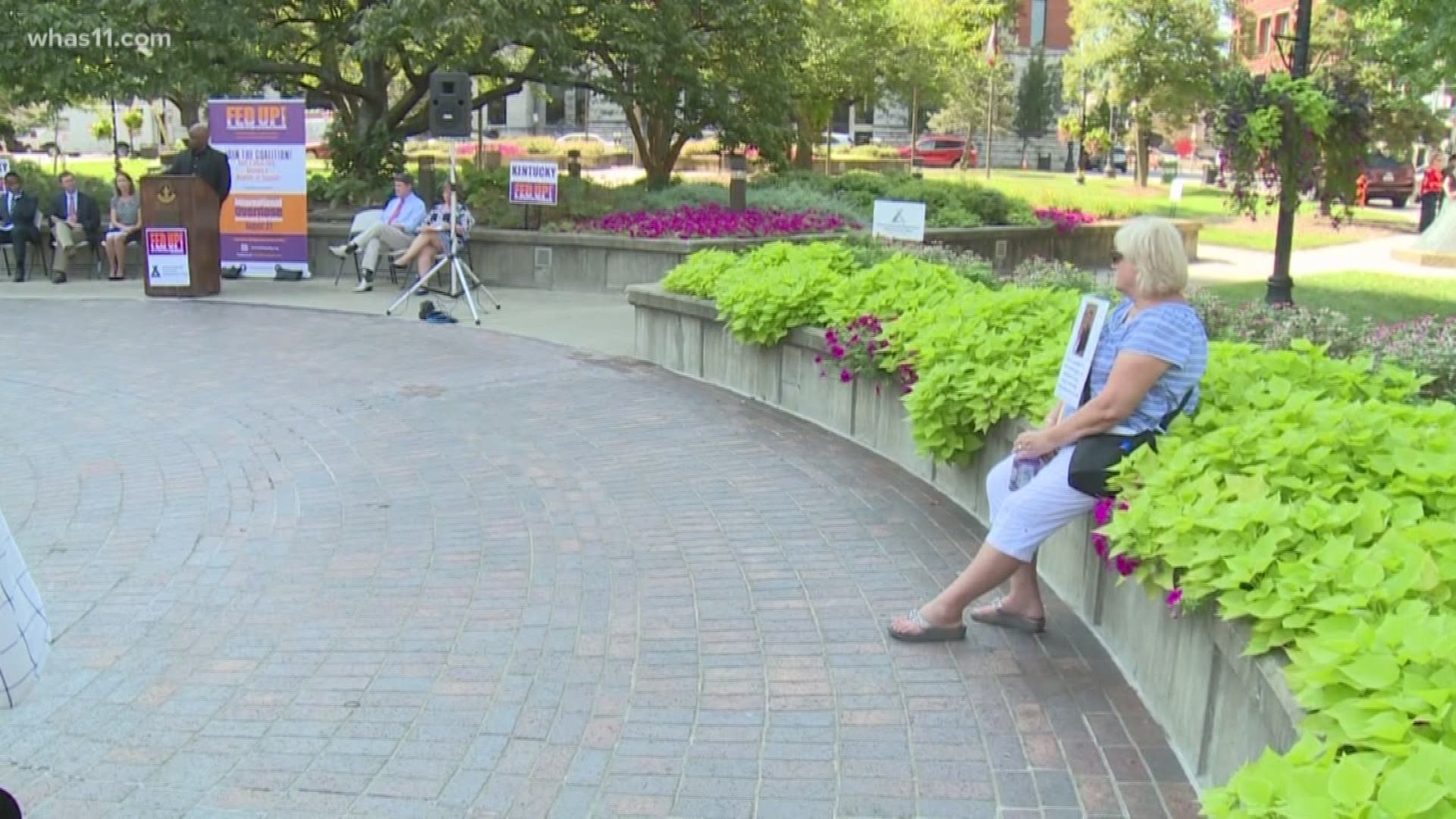 LOUISVILLE, Ky. — A Kentucky Supreme Court ruling, lawsuit settlement and election year meant that politics were in the conversation as people in Louisville looked to rally in the fight against opioid addiction.

Thursday’s rally at Jefferson Square Park brought together families and advocates for their annual ceremony. The issue has gained a lot of attention in the past few years and, this year, politics is something that cannot be ignored either.
A woman watched it all through the perspective of a heartbreaking loss.

Before the ceremony began there was at a conference of state leaders where Governor Matt Bevin answered questions connected to the issue of opioids. At the FED Up rally, Attorney General Andy Beshear and the two men vying to replace him were set to speak.

As the rally began a woman holding a sign sat on a wall, quietly taking it all in with a perspective no parent wishes on another. Kathy Benish's sign is a that message she wants the world to address. Her beloved son, Adam, was 31 and just about to graduate nursing school when he died of an overdose 9 summers ago.

With the issue of opioids gaining attention, it's impossible to separate the politics this year.

Thursday the Kentucky Supreme Court ruled that the governor's office has power in who is hired to fight lawsuits like those against opioid companies and Oklahoma settled a suit against a manufacturer. With this being an election year, you could not avoid politics when discussing this topic.

Both Kentucky Attorney General candidates vowed to fight for Kentuckians with Democrat, Greg Stumbo, taking aim at Republicans in state government on the issue.

General Andy Beshear took aim at Governor Matt Bevin: “Well, the impact of yesterday's Supreme Court ruling shows us that Matt Bevin is on the side of opioid companies", said Andy Beshear.

A short time earlier, at a conference of state leaders nearby, Governor Bevin took aim at General Beshear.

“We had a judgement that should have been hundreds of millions of dollars and it was settled up because Andy Beshear represented Purdue Pharma and his firm and so they wanted this thing put to bed so that his firm wouldn't look bad”, said Governor Bevin.

As this all played out, Kathy watched, annoyed that politics was getting involved but calling it something she just had to put up with.

“I guess I'm willing to listen to it because that's just part of it and I have to accept that in order to accept the money that they might get for help or the awareness that they're putting out here”, Kathy said.

Overall, she just prays that those talking and those listening don't lose sight of what she knows in her heart should be the focus.

“But, don't forget my kid." Kathy said with tears in her eyes. “Don't forget my son and all these other people who've lost their children.”