Gov. Andy Beshear announce limits than include keeping indoor gatherings to two households of a maximum of eight people. 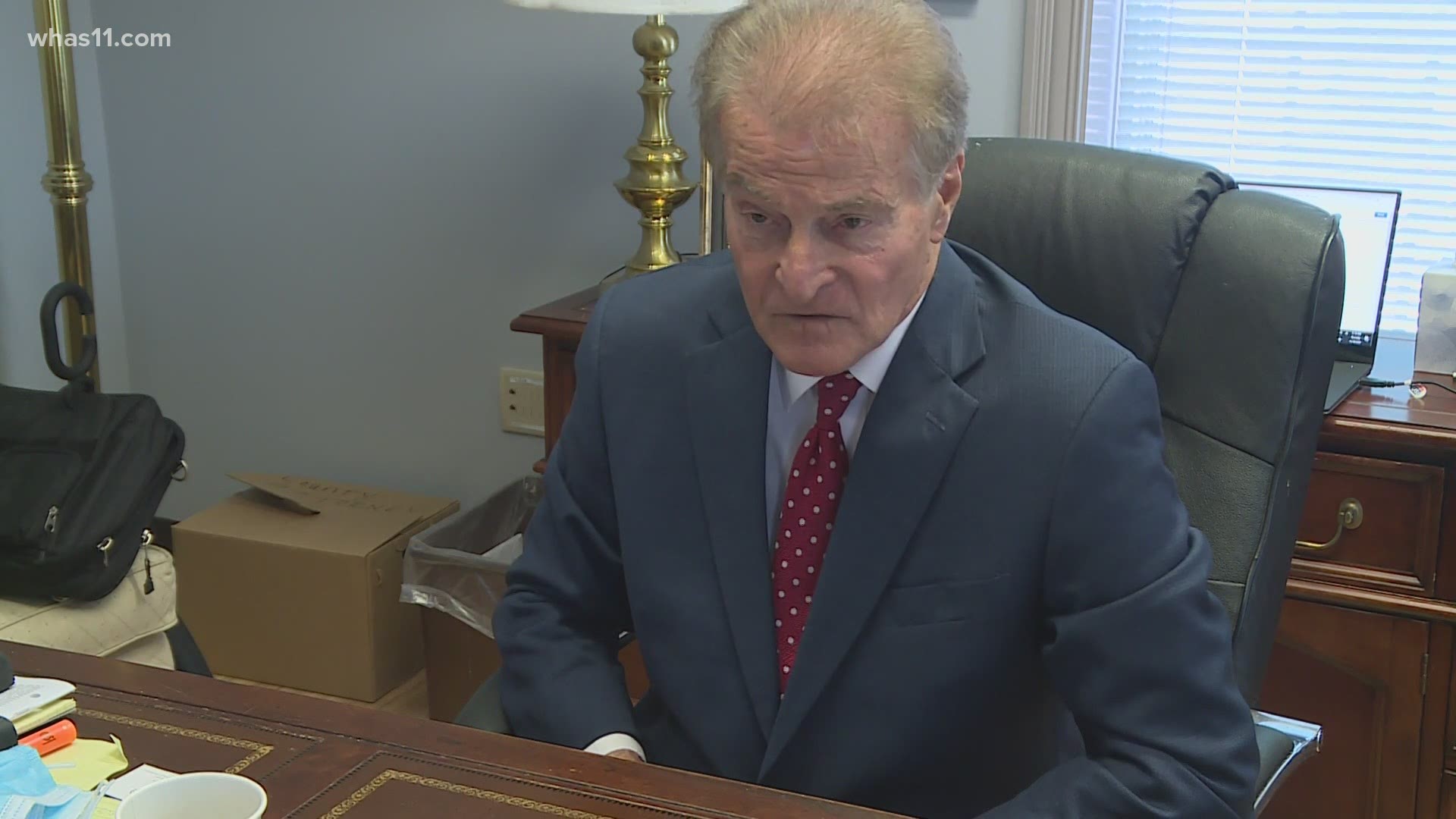 LA GRANGE, Ky. — While Kentucky Gov. Andy Beshear's latest restrictions have seen outcry by some on both sides of the political aisle, one Kentucky County Attorney is taking it a step further by saying he will not prosecute those violating Thanksgiving gathering limits.

Oldham County Attorney John K. Carter said he will not prosecute those who have more than eight people at indoor gatherings despite recent restrictions being implemented Friday.

"You can't just go check on a house you have to have someone who says I saw more than eight people go into the house," Carter said.

Carter responded to the limits on private home gatherings with a Facebook post saying he wishes people a happy thanksgiving with as many family members as they want.

He said the Supreme Court ruling allowing for the governor to make executive orders was only for "reasonable" orders, but Carter described the latest as "unreasonable."

"I don't think you're going to get a jury in Oldham County convict somebody for having more than eight people in their household for Thanksgiving dinner," Carter said.

"It seems to me that the Oldham county attorney isn't really talking about the law," McGarvey said. "It's that he's weighing into health policy and ignoring the advice of health experts in favor of political pandering."

During his Thursday briefing, Besehar criticized Carter for thinking he was smarter than the Centers for Disease Control.

"This is advice that could be absolutely deadly. You are a public servant, don't be irresponsible," Beshear said. "No one is going to show up at your house if you have more people than you should, but you know what you're going to spread the virus and you're putting those that you love the most at risk."

Carter insists that while the virus is dangerous for those in some health groups with underlying problems, it isn't to most people, and this effort to limit Thanksgiving gatherings is simply unenforceable.

RELATED: Kentucky restaurant, bar owners call for federal aid as another round of restrictions loom