Protesters say they are at the residence in light of the passing of U.S. Supreme Court Justice Ruth Bader Ginsburg. LMPD is on the scene. 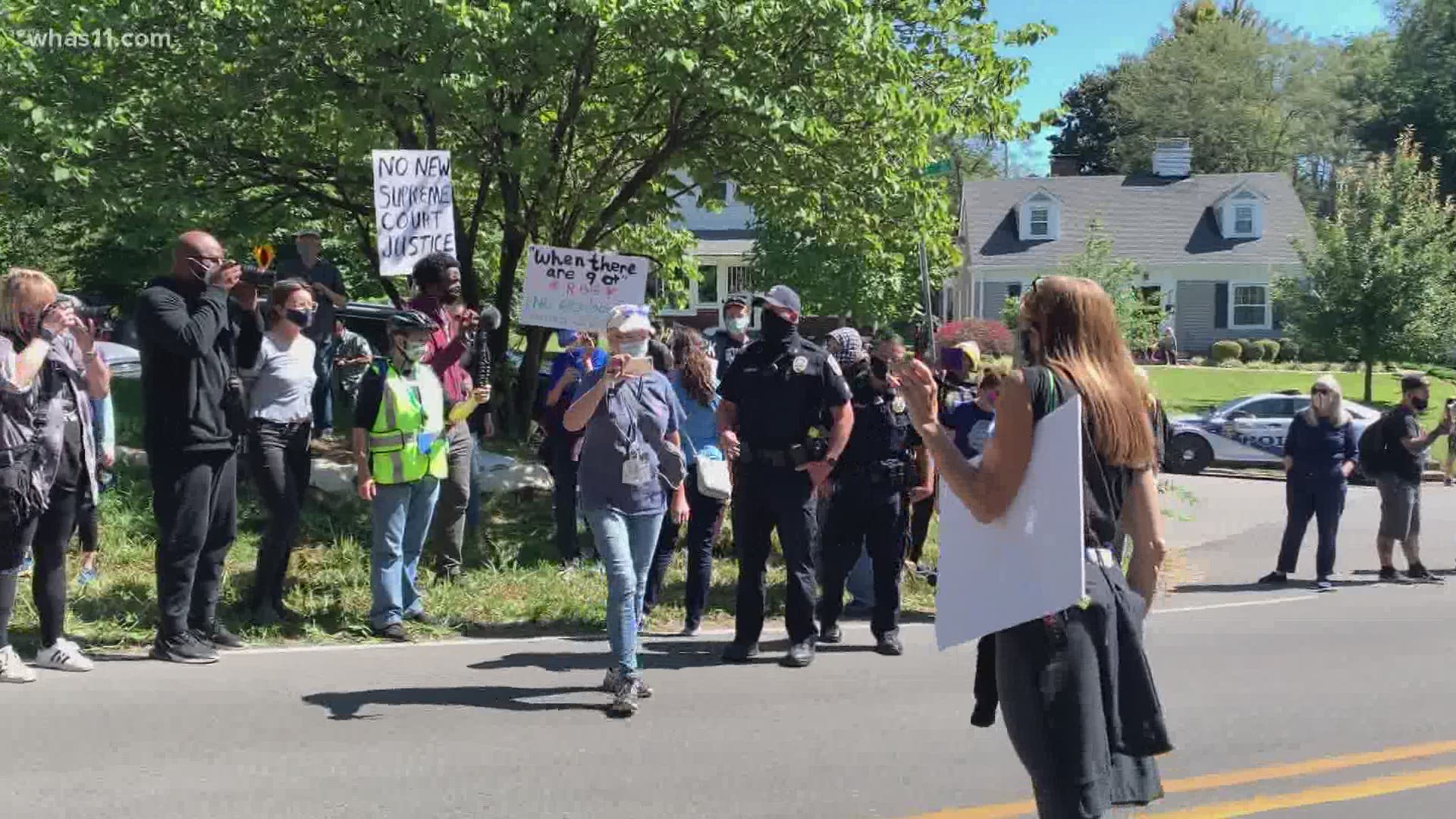 According to a press release sent by McConnell's office on the passing of Justice Ginsburg, the Senate will fulfill President Trump's agenda, "particularly his outstanding appointments to the federal judiciary. Once again, we will keep our promise."

The statement went on to say, "President Trump's nominee will receive a vote on the floor of the United States Senate."

WHAS11 Shay McAlister says approximately 100 people are outside the McConnell residence chanting, "Ditch Mitch" and "Move, Mitch, get out the way."

LMPD on scene- asking people to get out of the street. Protesters surrounding police cruisers. pic.twitter.com/zORTt2CmC0

LMPD is now on the scene asking protesters to clear roadways and have now block the street in front of McConnell's home.

According to WHAS11's Shay McAlister, police are warning protesters they will be arrested if the roadway is not cleared.