As barriers are removed, DC residents feel a sense of relief

While many National Guard troops began leaving, Mayor Bowser requested 500 members to remain on standby at the DC Armory through Jan. 30. 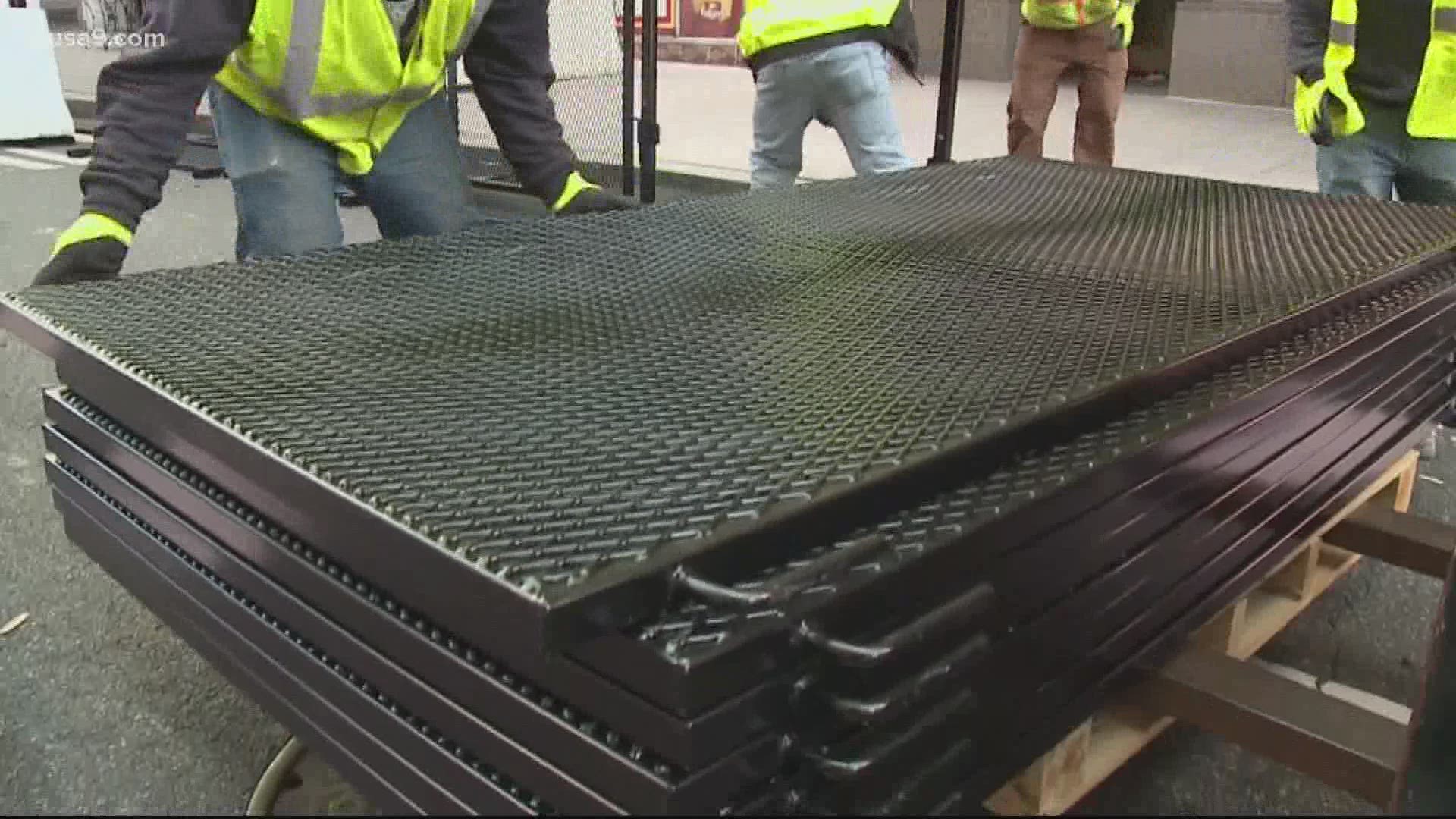 WASHINGTON — Now that the inauguration is over, crews in D.C. are slowly lifting security measures that have forced many people to adjust to a new normal over the last two weeks.

The sight alone was a much-needed relief for people who work or live in the downtown area.

Rao said while he had to navigate around the closures, he appreciated the effort put in place to keep citizens protected.

The barricades around downtown continue to come down. There’s a sense of relief from people who live and work in the area. The mayor said this is a 36-hour process to complete. @wusa9 pic.twitter.com/m2wkhiJ9Ql

More than 26,000 National Guard troops from all parts of the country arrived in the District for the inauguration following the Capitol riots on Jan. 6 Christopher Rodriguez, Director of the Homeland Security and Emergency Management Agency (HSEMA), said most of the guardsmen are from out of state and will begin leaving Thursday. But some will continue to remain for at least the rest of the month.

Bowser requested 500 members to remain on standby at the DC Armory through Jan. 30.

"We do anticipate that there will be another special security event occurring in the joint session of Congress," Rodriguez said. "On behalf of the MPD, we made a request for continued National Guard support with traffic management and crowd control through January 30th."

Most of the bridges including the Arlington Memorial, John Philip Sousa (Pennsylvania Avenue), South Capitol Street and Roosevelt have also reopened.

But many of the heavily guarded perimeters and security officials remain outside the Capitol and the White House.

Deputy Mayor John Falcicchio is reminding businesses and property owners to remove plywood on their windows as the Inauguration breakdown continues.

The National Park Service also said it is working to quickly reopen areas of the National Mall as soon as fencing has come down and it is safe to do so. In a tweet, NPS said some areas have already reopened. "We anticipate the National Mall will fully reopen no later than January 25," NPS said.

We are working to quickly reopen areas of the National Mall as soon as fencing has come down & it is safe to do so. Some areas have already reopened. We anticipate the National Mall will fully reopen no later than January 25 #WashingtonDC pic.twitter.com/WAgG73tpv3

RELATED: Security barriers start to come down after stressful few weeks in the nation's capital

RELATED: Calm prevails on Inauguration Day at state capitols across the US