McConnell said going to court is 'the way we resolve uncertain in our country.' 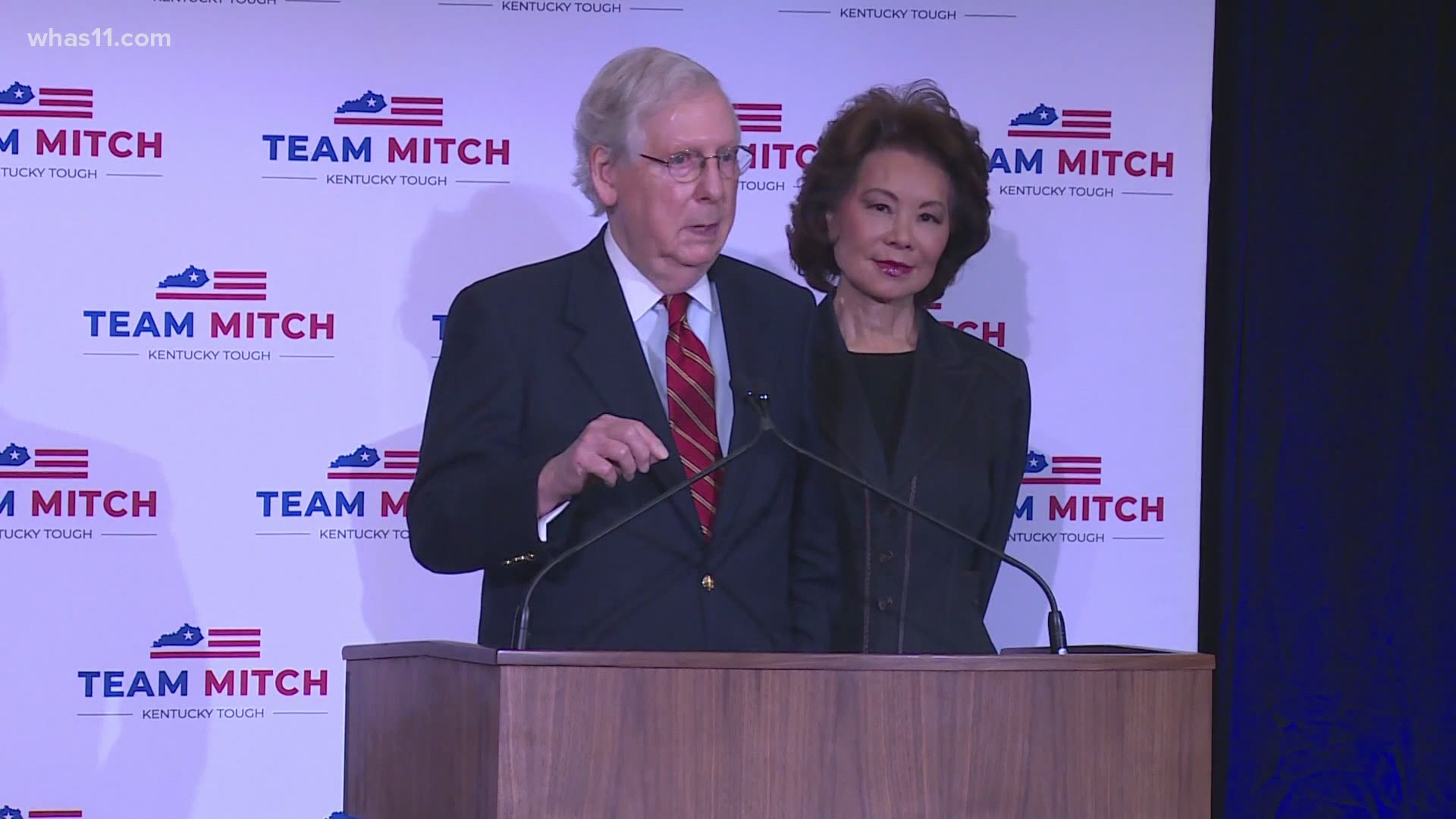 LOUISVILLE, Ky. — Senate Majority Leader Mitch McConnell insisted that no one should be shocked by legal eagles circling battleground states this election, saying "having close, disputed elections is not unusual" in the United States.

"It may take a while for the voting to finish, and both sides will probably be lawyered up if it's a close election," McConnell said during a news conference Wednesday.

McConnell said he is continuing to watch election results closely despite soaring to a 20-point win over Amy McGrath, his title on the line.

The contest between President Donald Trump and Joe Biden is not the only big item lingering from election night, senate races in North Carolina, Georgia and other states could determine whether McConnell will be "Majority Leader" or "Minority Leader" in the Senate.

"You can anticipate in close elections that both sides will be lawyered up and we'll end up in court," McConnell said.

When asked how he reacted to Trump's early morning promise to file suit on states still struggling to determine a winner, McConnell said it was "the American way."

"Going to court is the way we resolve uncertain in our country," McConnell said, "so no I'm not troubled at all by the president suggesting that because the other side is already doing it too."

It might be a while before the Georgia races are determined, and North Carolina projections could come at any time. As for the presidential race, it's anyone's guess, though McConnell said he expected legal action will kick into high gear as states wrap up their counts.

The Trump campaign has filed lawsuits in Michigan and Pennsylvania, demanding better access for campaign observers. ABC News has projected Joe Biden the winner of Michigan, while there is no projection for Pennsylvania.

Whether the president wins reelection or Joe Biden moves into the White House and whether his title is majority or minority leader, McConnell said COVID-19 relief bills and a push for vaccines will be a priority when lawmakers return to work.

With so much uncertain, the smile on his face made one thing clear: waiting and planning for the next step is whole lot easier waking up from a 20-point victory.