Leaders said the UofL grad's comments were troubling for 'American descendants of slaves, our allies and those who support us.' 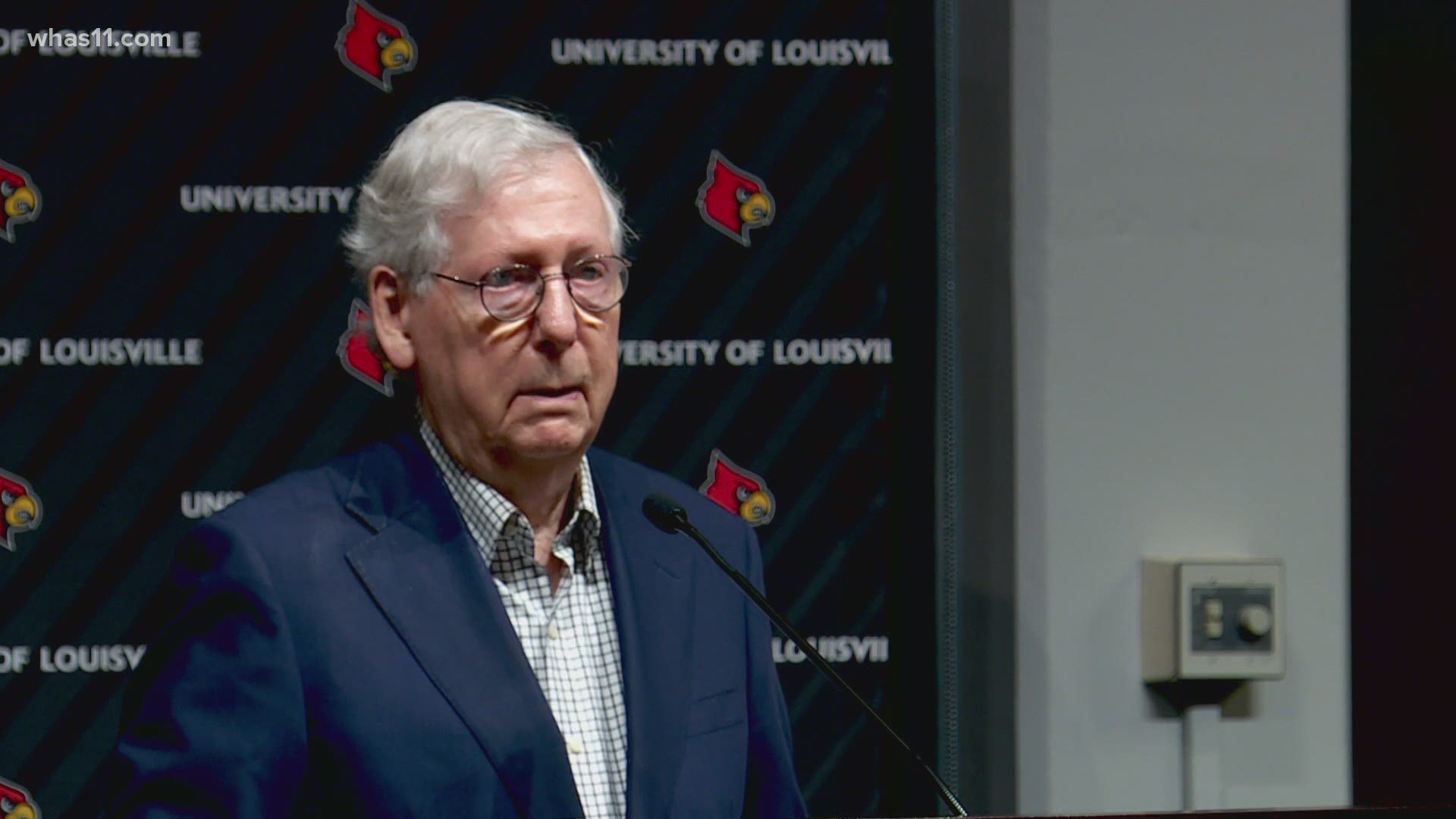 LOUISVILLE, Ky. — In a campus-wide email Thursday, University of Louisville leadership called alumnus Senate Minority Leader Mitch McConnell's comments on The 1619 Project from The New York Times Magazine "troubling for American descendants of slaves, our allies and those who support us."

During a press conference at UofL Monday, McConnell said he would not consider 1619 — the year Africans were first brought to America as slaves — an important moment in the country's history.

"There are lot of exotic notions about what are the most important points in American history, I simply disagree with the notion that The New York Times laid out there that the year 1619 was one of those years," McConnell said.

The New York Times Magazine calls The 1619 Project an ongoing initiative that "aims to reframe the country's history by placing the consequences of slavery and the contributions of Black Americans at the center of our national narrative."

McConnell called racial discrimination the country's "original sin," but said he does not believe it should be a core focus of civic education.

"I think that issue that we all are concerned about, racial discrimination, it was our original sin," McConnell said. "We have been working for 200-some odd years to get past it, we're still working on it, and...I just simply don't think that's part of the core underpinning of what American civic education ought to be about."

The UofL grad noted that he believed dates for the signing of the Declaration of Independence, the creation of the Constitution and the Civil War are "basic tenants" of the nation's history.

In his email, Interim Senior Associate Vice President of Diversity and Equity Dr. V Faye Jones said implying that slavery is not an important part of U.S. history "not only fails to provide a true representation of the facts, but also denies the heritage, culture, resilience and survival of Black people in America."

"What we know to be true is that slavery and the date the first enslaved Africans arrived and were sold on U.S. soil are more than an 'exotic notion,'" Jones said.

Jones also questioned why the Civil War would be noted as a significant part of history to McConnell if the basis for it is not viewed in the same light, and said not recognizing 1619 as an important part of history would fail to give context to the systemic racial discrimination McConnell referred to as the country's "original sin."

"Our vision statement affirms that we 'commit ourselves to building an exemplary educational community that offers a nurturing and challenging intellectual climate, a respect for the spectrum of human diversity, and a genuine understanding of the many differences — including race, ethnicity, gender, socio-economic status, national origin, sexual orientation, disability, religion, diversity of thought and political ideology — that enrich a vibrant metropolitan research university,'" Jones said. "To be true to that vision, President Bendapudi, Provost Gonzalez and I reject the idea that the year 1619 is not a critical moment in the history of this country."

McConnell graduated from UofL in 1964 and founded the McConnell Center in 1991.