This plan would increase the average family’s premium tax by about $12-$13 a month, or 40 cents per day. 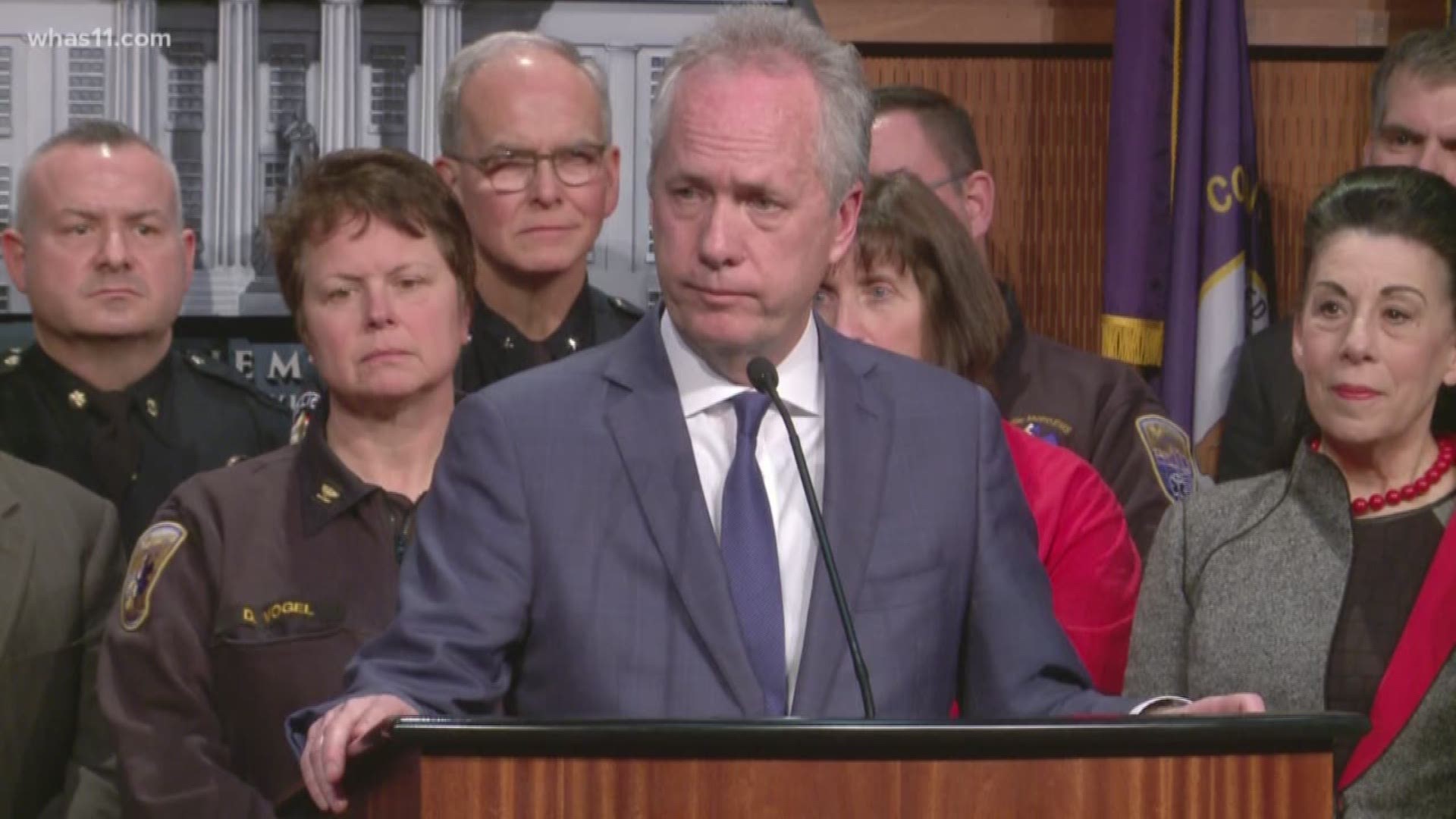 LOUISVILLE (WHAS11) – As Louisville is facing shocking budget cuts due to the pension problem the state of Kentucky, Mayor Greg Fischer announced his plan to increase the city’s tax rates.

This plan would increase the average family’s premium tax by about $12-$13 a month, or 40 cents per day.

Earlier in February WHAS11 reported more than 400 jobs, including Louisville police and fire, were at risk due to an expected $65 million budget gap over the next four years. Other resources that would be impacted included the Shot Spotter program, two libraries, four pools, four golf courses and four community centers.

“It’s important to keep in mind that this pension situation is not something that Metro Council or I created,” Fischer said. “I appreciate the state’s attempts now to position our pension systems to be structurally sound. But those discussions and actions fall short of addressing the revenue needs of local governments. And Frankfort has refused to allow us the tools and flexibility we need to deal with the obligations they’re imposing.”

For this proposal to be effective for FY20, the Council must approve the change and the city must file its intent to raise the tax by March 22.

“GLI is concerned about the proposal to raise new local revenues through a substantial increase to the insurance premium tax. Such a proposal would increase insurance costs for policyholders and could hurt the city’s ability to recruit and retain businesses and talented professionals. GLI recognizes the burden on the city budget imposed by the public pension system, and we have met with city officials to discuss other potential solutions that provide resources to meet these obligations, while also ensuring that any new revenues raised in this upcoming budget cycle are dedicated to pensions. We are talking to businesses about the impact of this proposal and intend to work closely with the Mayor and Metro Council to address the budget shortfall in a way that minimizes harm to Louisville’s economy and ensures that our city remains competitive.”

“Business leaders across our city can see and feel our city’s momentum, and my hope is they understand that we are at a crossroads. Are we going to keep this momentum moving forward or are we going to slow down and fall behind? Our ability to recruit and retain businesses and talented professionals is contingent upon us being able to provide city services, like public safety, paved roads, accessible sidewalks, great parks, libraries, as well as the quality of life investments our competitor cities are making. In the race for talent and business growth, we cannot let this pension obligation from the state force us to take our foot off the pedal. Devastating cuts to basic city services and amenities are NOT a path to prosperity – not for our businesses and not for our city.”

Click here to see more of the Mayor's proposal.