It’s not the Justice for Breonna Taylor Bill, but a plan to ban most no-knock warrants in Kentucky is close to becoming law. 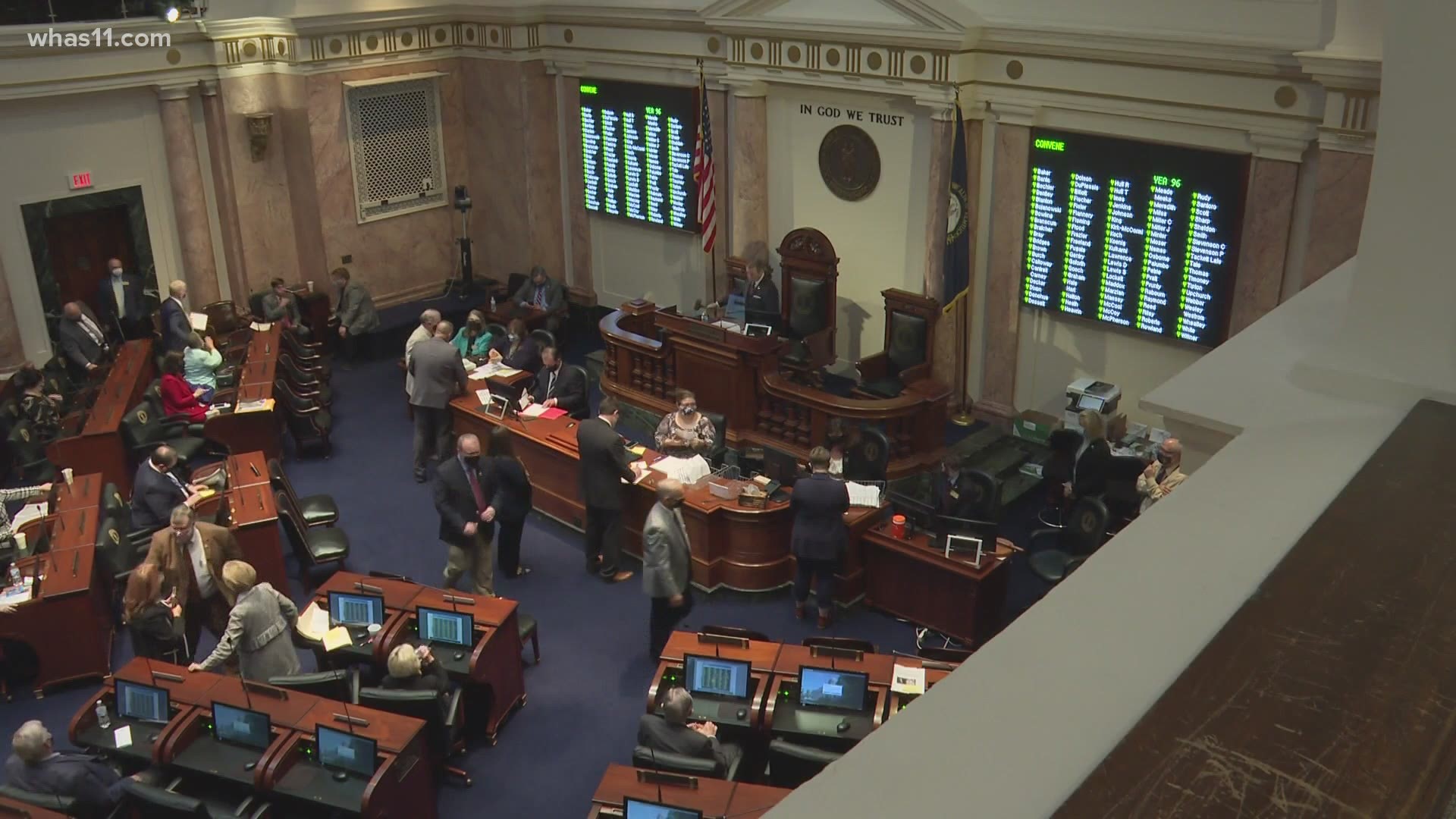 FRANKFORT, Ky. — A couple of weeks shy of the one year anniversary of the death of Breonna Taylor, a bill designed to limit no-knock warrants is close to becoming law.

While Senate Bill 4 unanimously passed the Kentucky Senate, some who have protested for more restrictions are frustrated with the process.

SB4 is not the so called "Justice for Breonna Taylor Bill,” that you've likely heard a lot about but African-American members of the Kentucky Senate call it a good plan.

One outspoken member of the House accuses sponsors of not hearing voices from those on the protest front lines.

It's not a no-knock ban but limits their use to only violent crime investigations. Police agencies would need supervisory approval, prosecutor involvement a local judge would have to sign off and that police would have promise that they effort had not already been denied by another judge.

There are time limits to prevent raids from taking place in the dark of night and any officer involved must wear an activated body camera during the search warrant.

“Some people asked me why I got involved in this," SB4 sponsor and Senate President Robert Stivers testified. "A lot of bad facts came together one night and a young lady lost her life and after a 30 plus year of practicing law, and 24 years in the legislature, I thought I had the background and knowledge to deal with this type of situation.”

Representative Attica Scott is clearly frustrated by the proposal. Her House bill filed months ago is unlikely to get a hearing.

“Senate Bill 4 definitely does not go far enough," Scott said. “It strictly focuses on no-knock warrants but we were looking at other issues that happened the night that Breonna Taylor was murdered including needing alcohol and drug testing for officers.”

Sen. Thomas feels that this plan is the right “something” to pass now.

“Kentucky, as a Commonwealth, must do something because the eyes of the nation are upon us as we move in this social and racial justice reform period to do something to make sure this doesn't happen ever again," Thomas said.

The plan now heads to the House. Representative Scott says there will a caravan protest in support of her plan next week at the Capitol.