They want the new attorney general to investigate the pardons, including one for a convicted killer whose family held a fundraiser for Bevin last year. 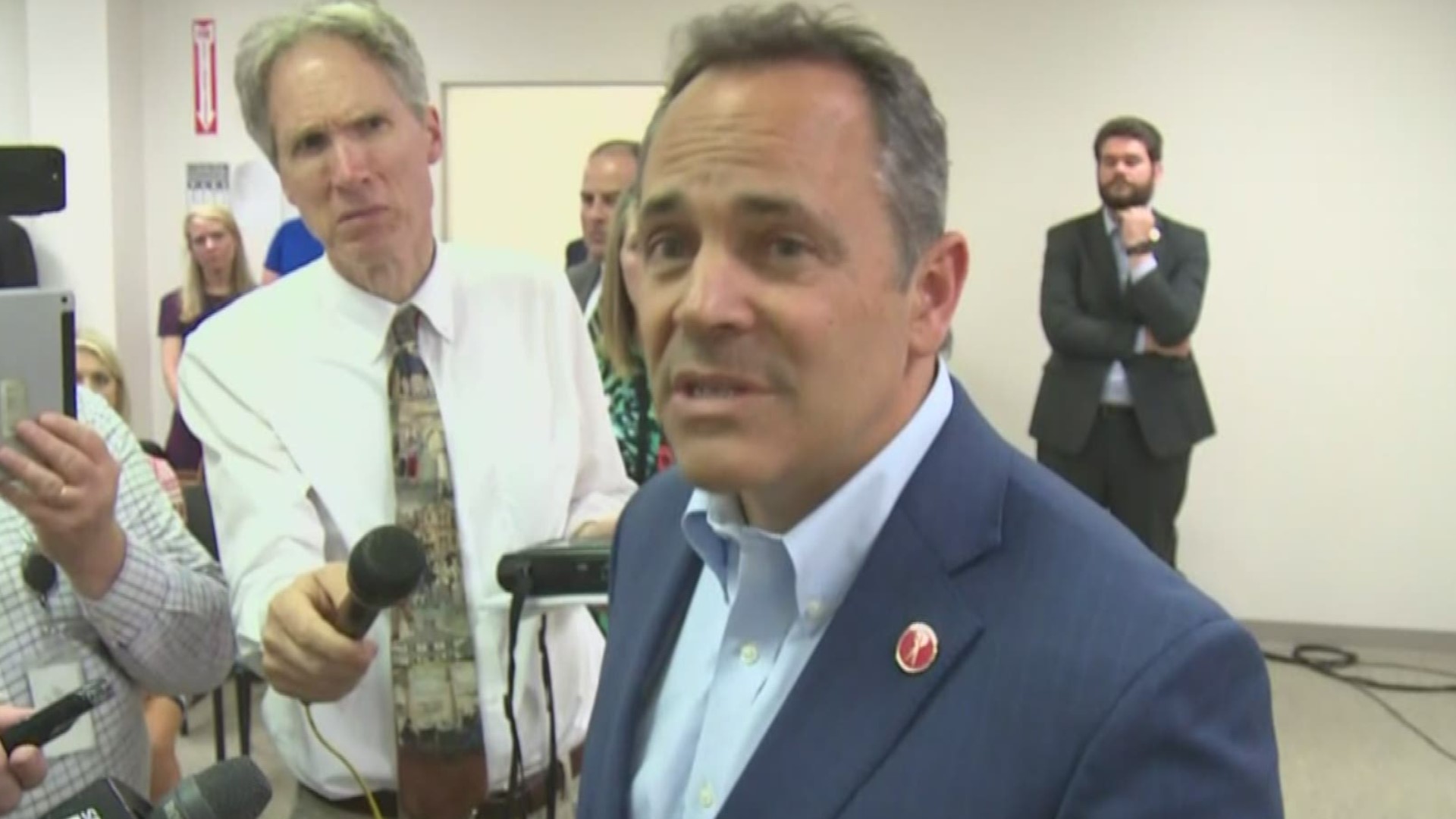 In particular, they want Gen.-elect Cameron to look into a 2014 murder case involving Patrick Baker. Baker, whose family held a fundraiser for Bevin, was pardoned while his two accomplices remain in prison.

Gen.-elect Cameron was at the Capitol today as Senate Majority Leader Mitch McConnell (R) filed his reelection papers. He did not answer pardon questions, instead pointed to a statement that stood by outraged prosecutors.

"The pardon power was one of the most hotly contested powers during Kentucky’s Constitutional Convention.  Ultimately, our framers decided to give the Governor the sole power to pardon a person convicted of any crime, save impeachment, and the provision has remained unchanged for almost 130 years. Kentucky’s prosecutors do an outstanding job of bringing to justice those individuals who have committed a crime, and I stand by these prosecutors. I also respect the decisions of juries who convict wrongdoers. That is why I believe the pardon power should be used sparingly and only after great deliberation with due regard to public safety. I look forward to assuming the responsibilities of the Office of the Attorney General on Tuesday, December 17." 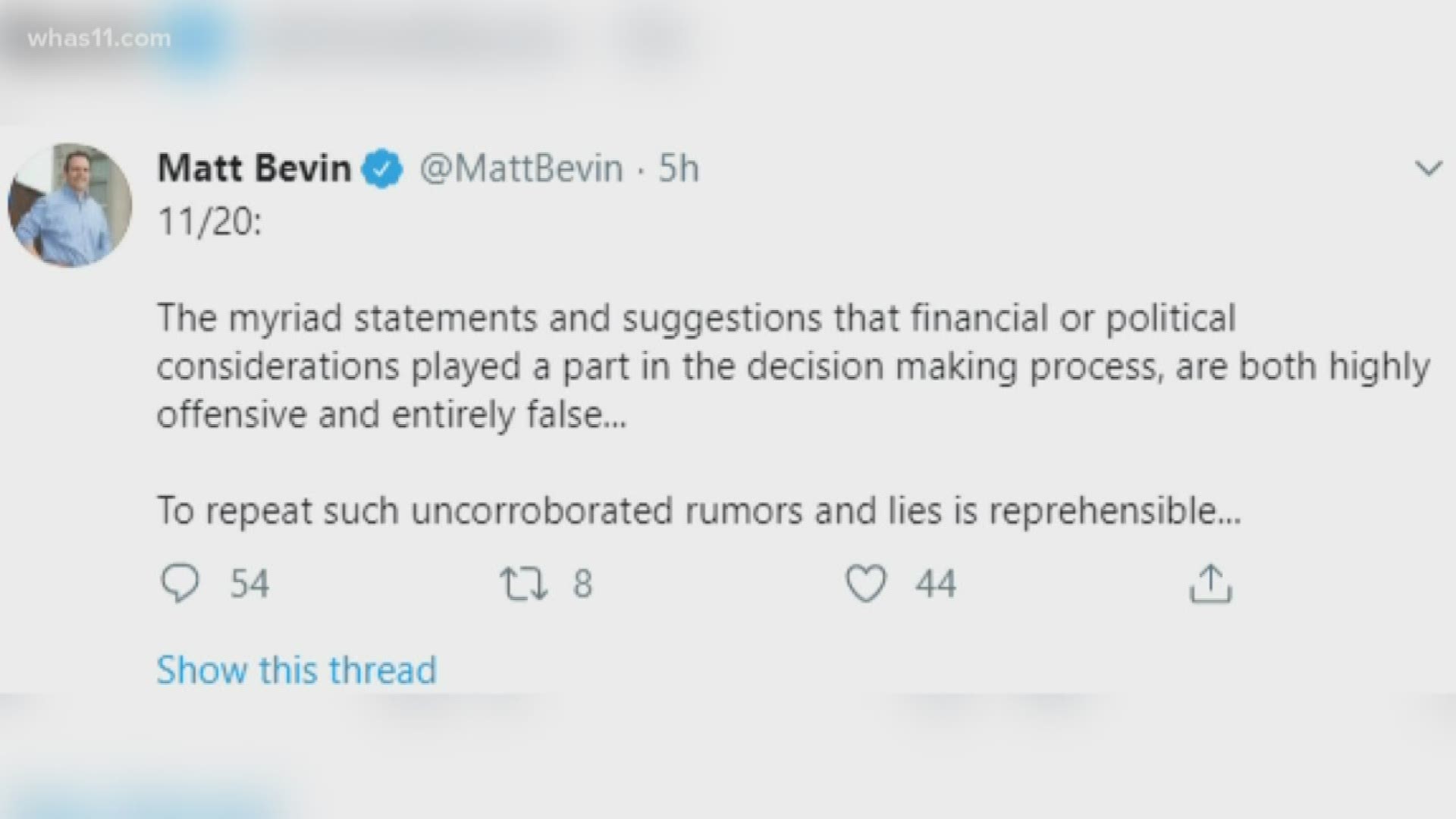 “I expect he had the power to do it but looking at the examples of people who are incarcerated as a result of heinous crimes, no. I don't approve of it,” Sen. Mitch McConnell said.

“Look. You have someone who pulled the trigger and killed a person who just got let out of jail, while his codefendants, who did not pull the trigger, one of whom wasn't even in the house, are sitting in a prison cell right now,” Sen. McGarvey said.

Ky. Sen. McDaniel (R) wants a constitutional amendment banning pardons in the month before a governor's election, saying he was absolutely appalled by Bevin’s pardons.

Republicans who once worked with Bevin were also outraged by the pardons and fearful of where those offenders were going now.

Even if Gen.-elect Cameron doesn't appoint a special prosecutor, federal investigators could feasibly get involved if they think the governor accepted campaign money in exchange for the pardon.

Former Gov. Matt Bevin defended his actions in a series of 20 tweets after calls for his pardons to be investigated.

Bevin said issuing pardons is never an exact science. He said he reviewed hundreds of applications during his four years as governor, and the statements and suggestions that financial or political considerations played a part in his decisions are both highly offensive and entirely false.

RELATED: Bevin reflects on four years in office: 'I wasn't talking about teachers'

The following is a statement from Senate President Robert Stivers on behalf of the Kentucky Senate Majority regarding former Governor Bevin’s outgoing pardons and commutations:

“From what we know of former Governor Bevin’s extreme pardons and commutations, the Senate Republican Majority condemns his actions as a travesty and perversion of justice. Our citizens, and especially the crime victims and their families, deserve better. We support the gathering of facts and call upon the U.S. Attorney’s office to launch an investigation into former Governor Bevin’s pardons.”

“As we learn more about how the former Governor chose to use his authority to issue pardons, we are reminded that with the power to pardon must come the judgment and discretion to use that power judiciously. Like all authority associated with elected office, it must be free from political and personal interest and balanced with the impact it has on the victims and our communities and justice system.” 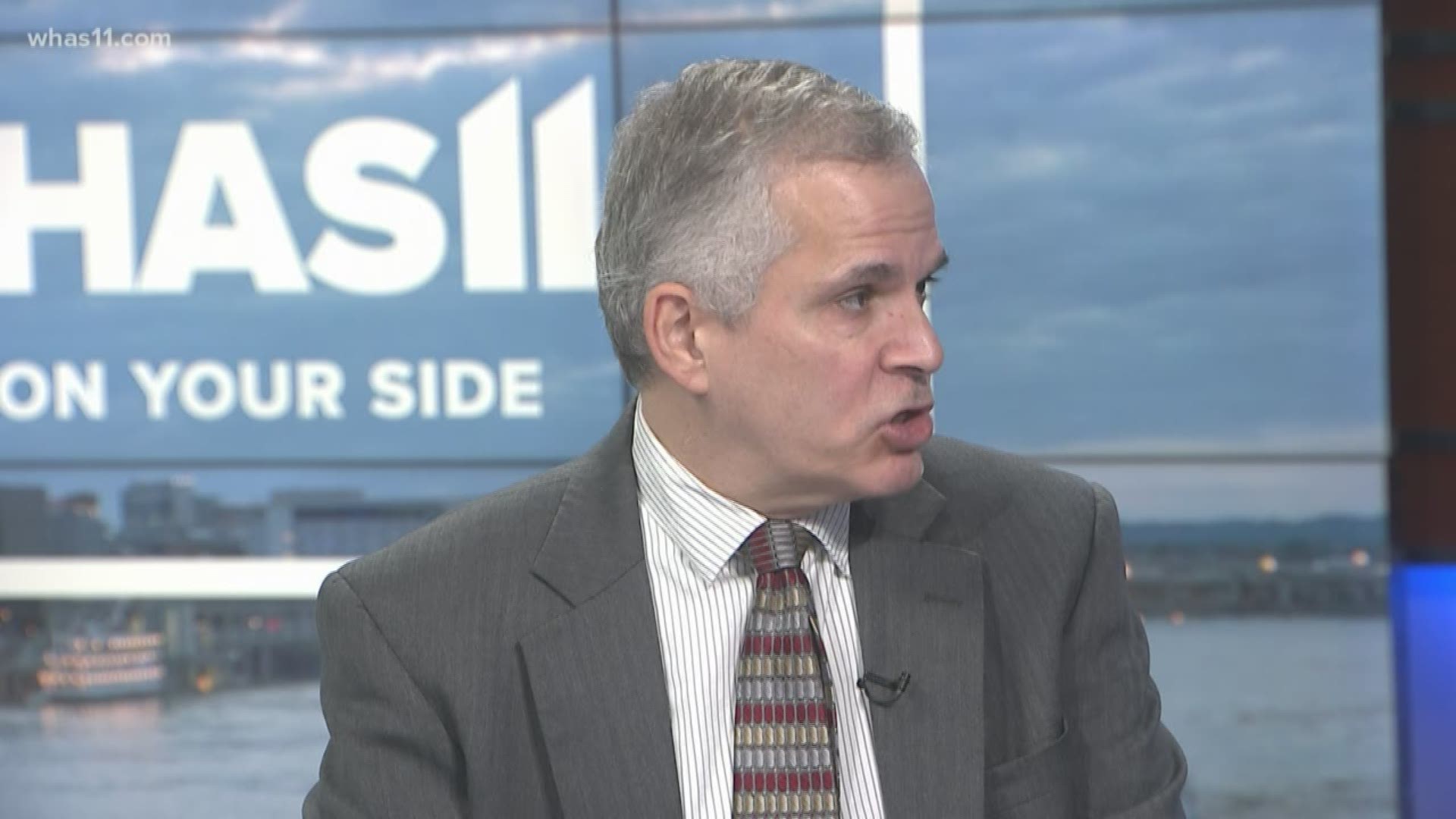 Check back for updates to this story.