Secretary of State Allison Lundergan Grimes referred to the 2017 attack of Sen. Rand Paul and is facing some backlash. 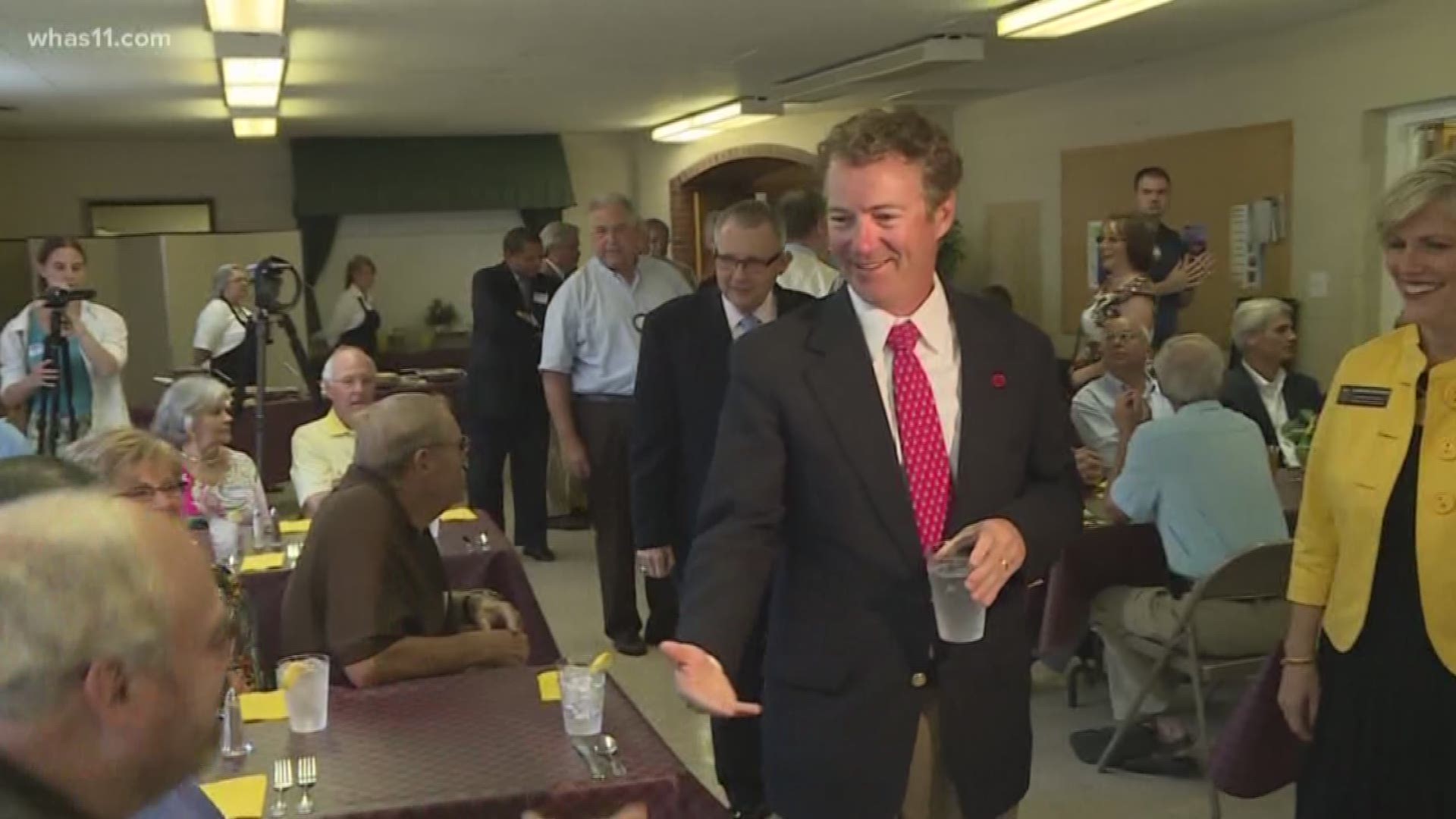 KENTUCKY (WHAS11) -- Secretary of State Allison Lundergan Grimes is getting some backlash from Republicans for a comment she made about Senator Rand Paul at a fundraising dinner the night before Fancy Farm.

The Associated Press Reporter Adam Beam captured the audio. Read it below:

"Many folks think that Rand Paul can't be beat. They're worried he might be too well liked,” Secretary of State Alison Lundergan Grimes, D-KY., said. "I don't buy it. Just ask his neighbor, he can be beaten.”

Grimes is referring to an incident in 2017 where Rene Boucher, a retired doctor and Paul's neighbor, tackled the senator while he was mowing his lawn at his Bowling Green home.

Senator Paul said he broke several ribs and suffered a punctured lung. Boucher is headed to prison for the attack.