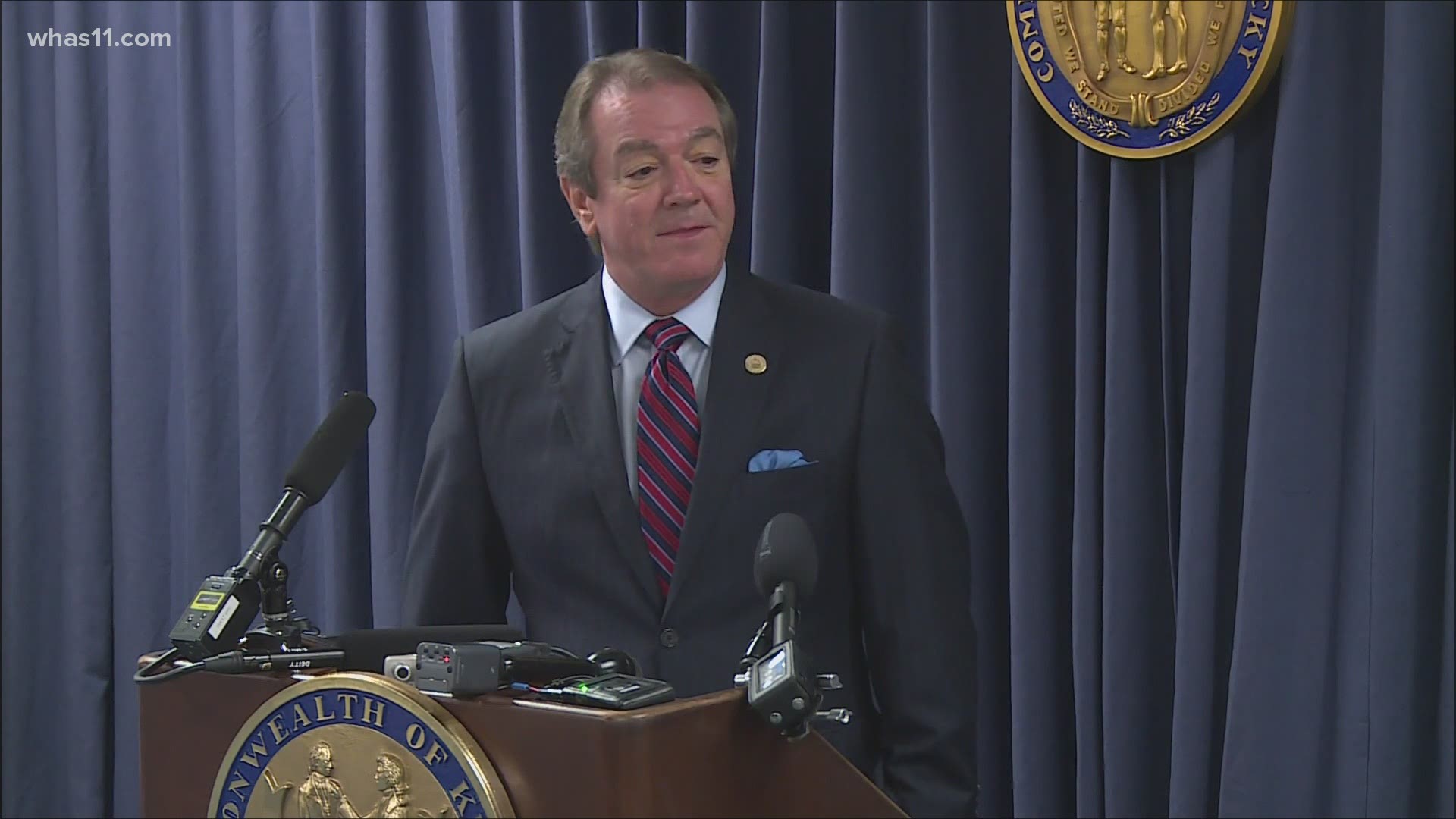 FRANKFORT, Ky. — In a month, the Kentucky General Assembly will return to Frankfort for 30 days, and during that time, they will tackle the state budget. It is likely the one thing at the Capitol which impacts every Kentuckian in some way and the COVID-19 pandemic has raised a lot of questions.

The Consensus Forecasting Group will release its estimate on how much money lawmakers may expect to spend on Friday. It's an educated projection by economists who study government revenues and costs. But this year, it's tough to figure out due to all the changes with the pandemic.

Speaker Osborne said regardless of the estimate from the Consensus Forecasting Group, lawmakers will “craft a responsible budget that continues to build on the foundations that we have laid forth in the past.”

The “red wave” Kentucky saw as a result of the November election boosted House Republicans’ supermajority to 75. In a short session, like this year, only 60 votes are needed to pass a budget.

Minority Leader and Louisville Democrat, Joni Jenkins, is still confident her party will play a role.

“We want what is best for Kentucky, so we stand willing to work with [Republicans]. We certainly will be holding them accountable when they are doing things that we think are not good for Kentucky,” Rep. Jenkins said.

Speaker Osborne said his party will discuss whether sports gaming or expanded casino gaming will be considered to boost revenues. It's unclear where the more than 20 new members of his caucus stand on the issues, bringing more questions as January 5 approaches.