Election Day: A timeline of events

Nearly one million Kentuckians had either requested an absentee ballot or voted early before Tuesday's primary, with the state predicting close to a 32 percent... 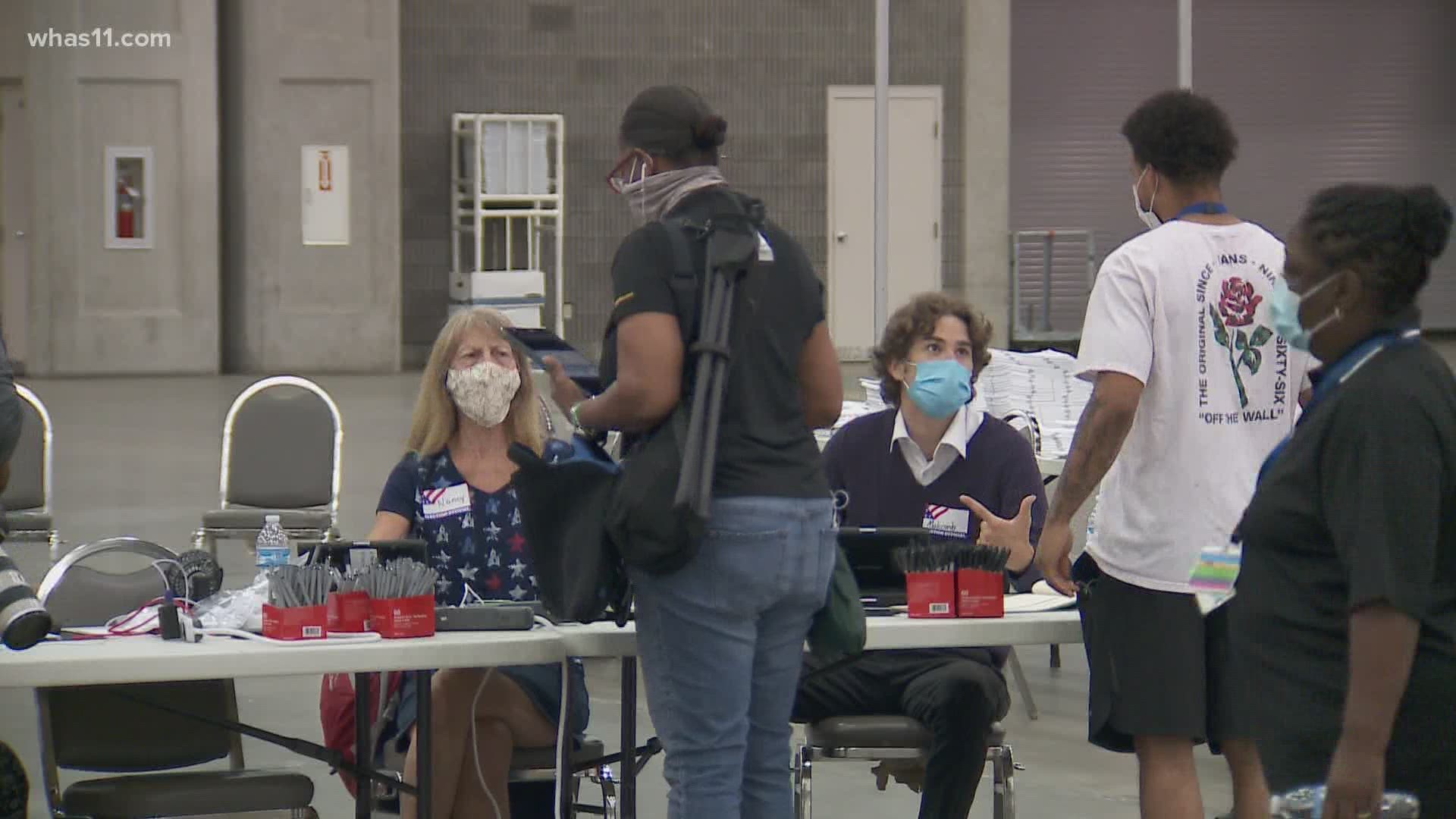 LOUISVILLE, Ky. — The Jefferson County Board of Elections is calling Tuesday’s primary a success, despite some hiccups later in the day. Just under 15,000 people came to vote at Louisville’s only polling place Tuesday, and most were in agreement, it was a very smooth process. But it ended in a mad dash to get votes in as the doors closed just after the deadline.

"It was a long day," Nore Ghibaudy, the spokesperson for the Jefferson County Board of Elections said.

He was there for the first ballot cast at the Kentucky Expo Center and the very last. Crowds started gathering around 5:30 a.m. and by 6 a.m., several hundred were inside the lobby as the doors to the county’s only polling site opened.

"People actually moved through the area, voting and scanning with their ballot in less than 10 minutes most of the day. It was a steady flow of folks," he said.

It was the same story for much of the day. Voters we spoke to were very happy about the process and being able to vote in person despite concerns of the coronavirus. As the deadline approached, the volume of voters picked up. Some complained of construction-related traffic issues, not knowing which gate to go through and where handicapped parking was located. A few dozen people ran into the building with seconds to spare.

"In Kentucky, polls are open from 6 a.m. to 6 p.m. By state law, whoever is in line at that point is allowed to vote. We put a sheriff behind the line. In this case, we had 18 lines," Ghibaudy said.

"At 6 o’clock, there was still a lot of people checking in, in the lobby, and I checked with the Board of Elections and they said, by law, voters have to be a in a line. Get them out of the lobby. Get them in any line so that way we are following the laws set forth," Ghibaudy said.

By 6:03 p.m., the Expo Center closed its gates to traffic and by 6:05 p.m., the front doors were locked. Within the next ten minutes, a large crowd had developed outside, some banging on the doors to get in and vote. In an unprecedented move, the doors reopened minutes before 6:30 p.m. A judge granted close to 200 people waiting outside access to the polls and then the doors officially locked. The last ballot was cast at 9:45 p.m. due to a number of people who appealed their votes at the Board of Elections Headquarters that night, inside the Edison Center.

"For us it was new, a new approach. We did it in a short amount of time. We analyzed the cities and states that had problems and we tried to avoid those in our choices," Ghibaudy said.

In all, nearly one million Kentuckians had either requested an absentee ballot or voted early before Tuesday's primary, with the state predicting close to a 32 percent voter turnout if every ballot made its way back on time.

Scholar: While Kentucky didn't intend to suppress voter turnout, it still did