Some Kentucky Primary ballots sent in late or not signed 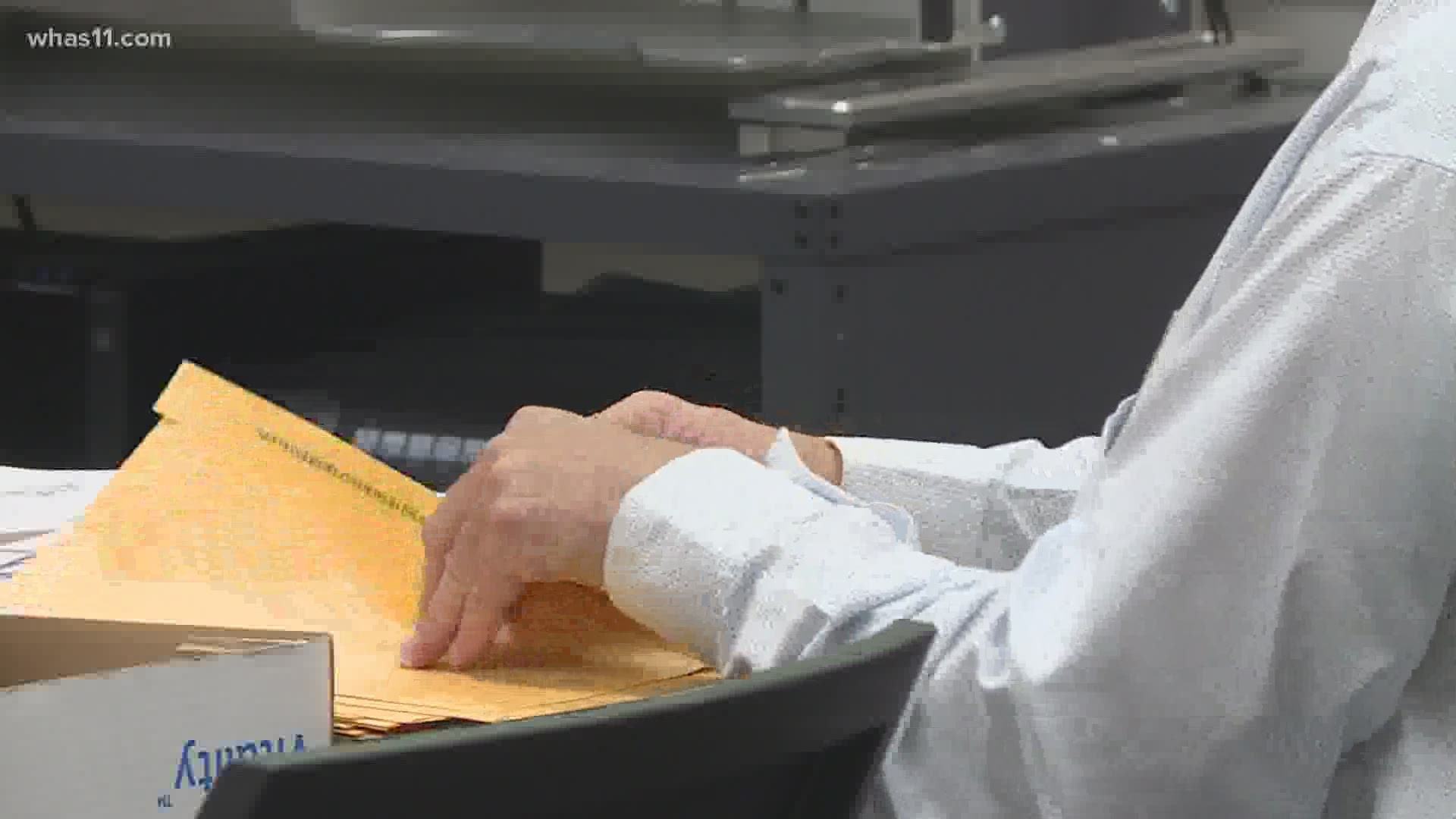 LOUISVILLE, Ky. — As voters anxiously await results from Kentucky's Pandemic Primary Election, WHAS11 has learned that there are issues with some of the ballots still being delivered to Jefferson County election officials. Even as workers sort around the clock, officials tell us that some ballots are arriving without complete signature information or postmarked after June 23 which was the date of Kentucky’s Primary Election.

They also reported that, as of June 26, more than 185,000 of the more than 218,000 absentee ballots had returned for processing back at the county elections center.

Under the watchful eye of workers, ballot envelopes are checked for signatures, those signatures verified, then ballots tabulated. But as the process lingers into days towards the June 30 deadline the days are starting to take a toll on some voters’ ballots.

“The ones that have came in with June 24 (postmark), they are scanned in but they are separated into separate bins because those ballots, unfortunately, didn't make the midnight deadline and therefore they will be set aside”, explained Nore Ghibaudy with the Jefferson County Clerk's Office.

A June 23, or earlier, postmark is required but Ghiabudy says that another issue is that some voters did not follow posted rules, failing to sign both the interior and exterior envelope. He’s not yet sure how many total ballots will be impacted.

We asked whether he thought anyone would make those ballots an issue in challenging the election, he answered, “I'll tell you this, it is very clear in Kentucky laws that they have to a signature on the outside they have to be dated for right days. That issue would not be with us, it would be with all 120 counties that are doing exactly as the law asks.”

There were no observers at the location when we were there Friday, but workers say they've been on-hand. Charles Booker's campaign put out a fundraiser asking for $500,000 to pay for lawyers and observers through the verification process.

Amy McGrath tweeted a fundraising link insisting that Senate Majority Leader Mitch McConnell is raising funds for November so her link asks for donations to an account that will go to whoever is declared the winner of the Democratic U.S. Senate Primary.

Ghibaudy insists that we will get no more Jefferson County election results before Tuesday, so we’ll have to wait until June 30 to find out who won all of the Kentucky Primary races.

RELATED: Booker leads McGrath but most Kentucky votes not yet counted