Each early voting site will be open from 8:30 a.m. to 4:30 p. Monday through Saturday, starting October 13 through November 2. 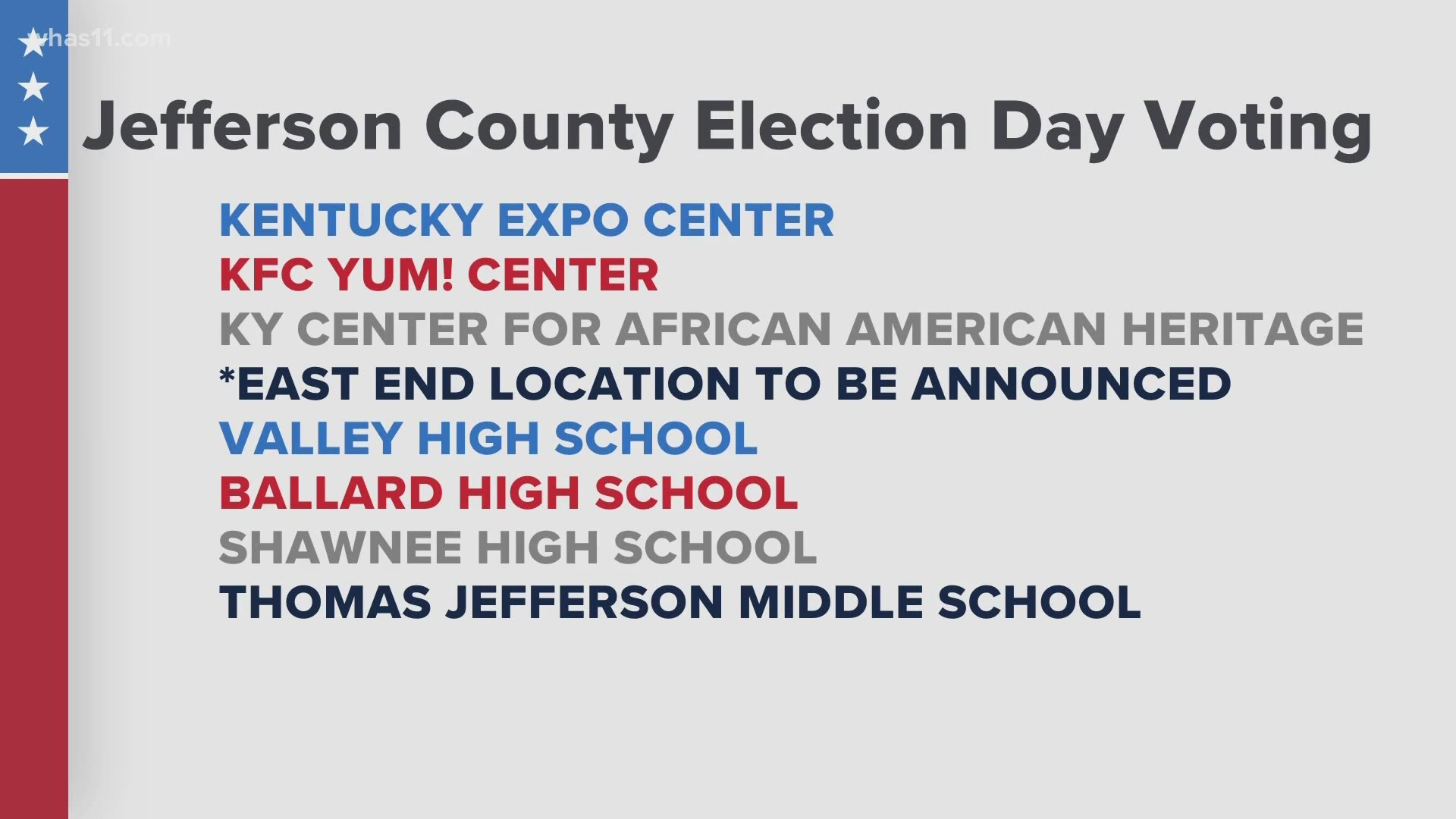 LOUISVILLE, Ky. — Jefferson County Clerk Bobbie Holsclaw insists that the board of elections will offer more options than ever for polling sites.

The Kentucky Center for African American Heritage will welcome voters through the early in-person process through November 3 and unlike every other election to date voters will not be assigned a location, they can vote at any of them.

"We give this everything we've got and it's so important to me that they understand that every vote is going to count, and we are going to take good care of this county when it comes to the election” Bobbie Holsclaw said.

Less than three months ago the hashtag all eyes on Kentucky put Bobbie Holsclaw's work in the national spotlight. Pulling off the pandemic primary was a feat but the general election includes a hotter order and now we finally know what she intends to serve.

Each early voting site will be open from 8:30 A.M. to 4:30 P.M Monday through Saturday, October 13 through November 2. They are expected to double as election day polling locations from 6 a.m. to 6 p.m. November 3.

The polling sites include Kentucky Expo Center, KFC Yum Center, Kentucky Center for African American Heritage, and a yet to be announced East End location.

On Election Day, Valley, Ballard, and Shawnee High Schools and Thomas Jefferson Middle School will be open from 6 a.m. to 6 p.m.

Jefferson County has 1200 ballot styles and it's been a major hurdle in the past, however, Clerk Holsclaw insists it won't be this time for voters who can go to any of the eight locations.

"Where ever it is convenient to them at those locations they will be able to go… and all of those ballot styles will be at every location,” Holsclaw said.

A map shows where and her staff sprinkled the locations throughout Kentucky's most populous county.

Clerk Hoslclaw has to announce the east end supercenter and is keeping the door open for more and has until the end of the month to add them.

The governor, secretary of state, and board of elections must sign off before all is official.

For those with absentee ballots, who do not want to put them in the mail the four early in-person voting sites will also house drop boxes where you can place those ballots.