Partial ban on no-knock warrants heads to Beshear's desk, bill to give powers to civilian review board dead

Senate Bill 4, a partial ban on no-knock warrants, passed after Democrats and Republicans agreed to a deal. 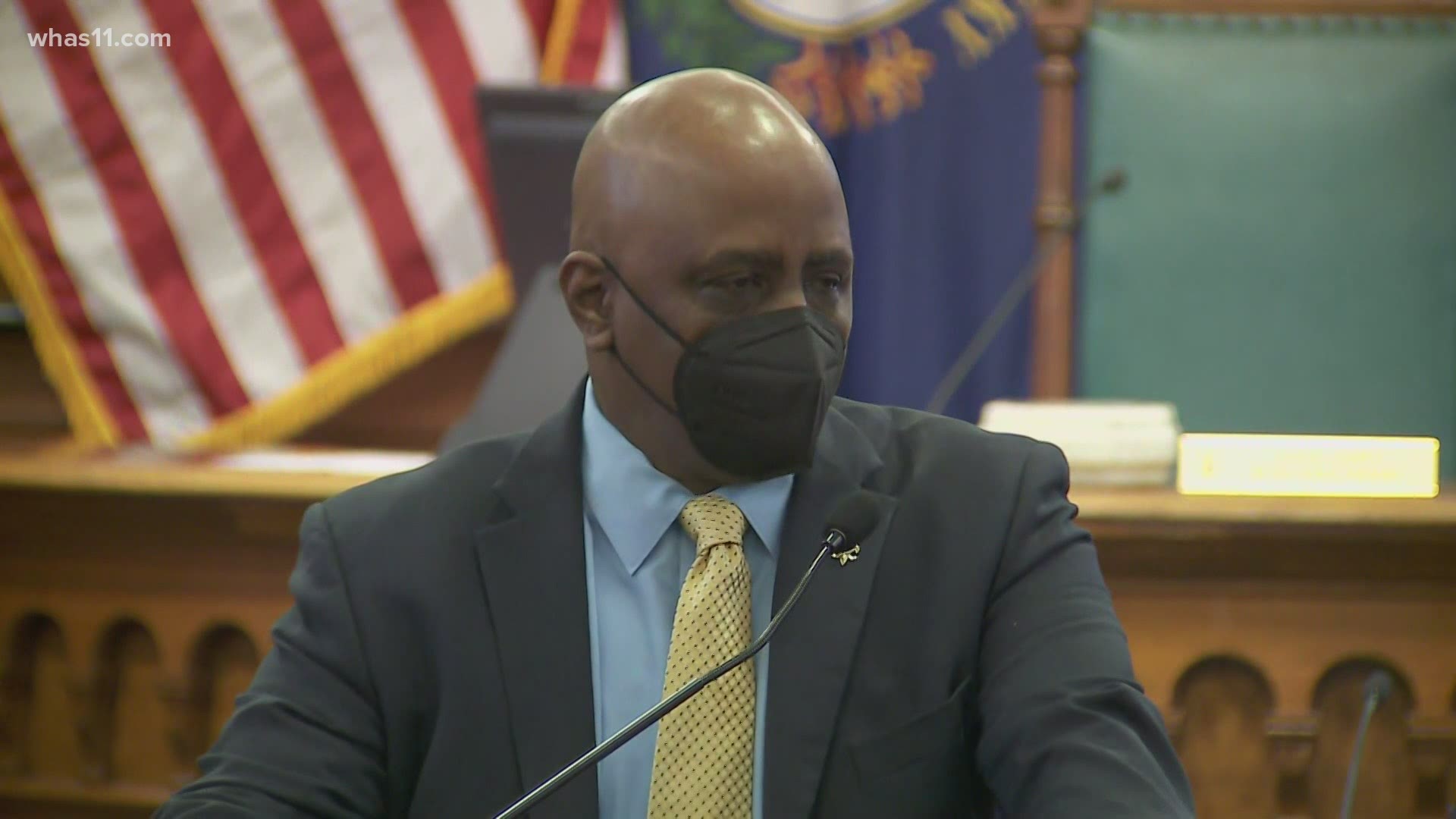 FRANKFORT, Ky. — With just hours left in the session, Kentucky lawmakers are pushing through Senate Bill 4, a partial ban on no-knock warrants that passed after Democrats and Republicans agreed to a deal.

SB4 passed the Senate after a passionate debate resulted in an added amendment.

Earlier this month, supporters of SB4 agreed to add some of Rep. Attica Scott's requests to the bill, including requiring EMTs at the site of warrants and officers wearing clearly identifiable clothing.

While Scott (District 41) was not on the floor for debate, Rep. Mary Lou Marzian (District 34) read a statement from her saying that while the bill is far from perfect, she's grateful for work on the amendment.

More changes following Monday's debate focus on counties with less than 90,000 people. No-knocks can take place without video cameras in those communities if a judge approves and there are audio recording devices. Those counties could also go without specialized officers if they are unavailable.

"So I wanted to say her name, Breonna Taylor," Rep. Jason Nemes (District 33) said. "Out of tragedy comes good and out of the tragedy of breonna taylor's death comes this good."

The plan to give powers to Louisville's civilian review board, however, is dead. House Bill 309 has been in trouble for weeks as critics made inroads fighting against the way the bill would allow larger cities in Jefferson County to annex smaller ones.

Louisville Mayor Greg Fischer said providing subpoena power to the Civilian Review and Accountability Board was his "No. 1 priority," and said they provided the bill's sponsors with an option that would work within the Metro Council framework — something he said Reps. Nemes and Jerry Miller (D istrict 36) insisted.

"Moving forward if subpoena power is not granted, my team and I plan to immediately begin working again with our local business and activist communities and our legislative delegation on a more transparent, consensus-driven approach to get subpoena power to the Civilian Review and Accountability Board," Fischer said in a statement.

Kentuckians will get to vote on House Bill 91, a constitutional amendment that would ban abortion in Kentucky. The plan passed both the House and Senate.

Lawmakers also have to pass the budget bill, but there are major questions as to whether there's an appetite in the Senate for the gas tax increase or "user fee" as some Republicans have called it.

RELATED: 'This is just another slap in the face to our teachers': School choice bill to become law in Kentucky after veto override