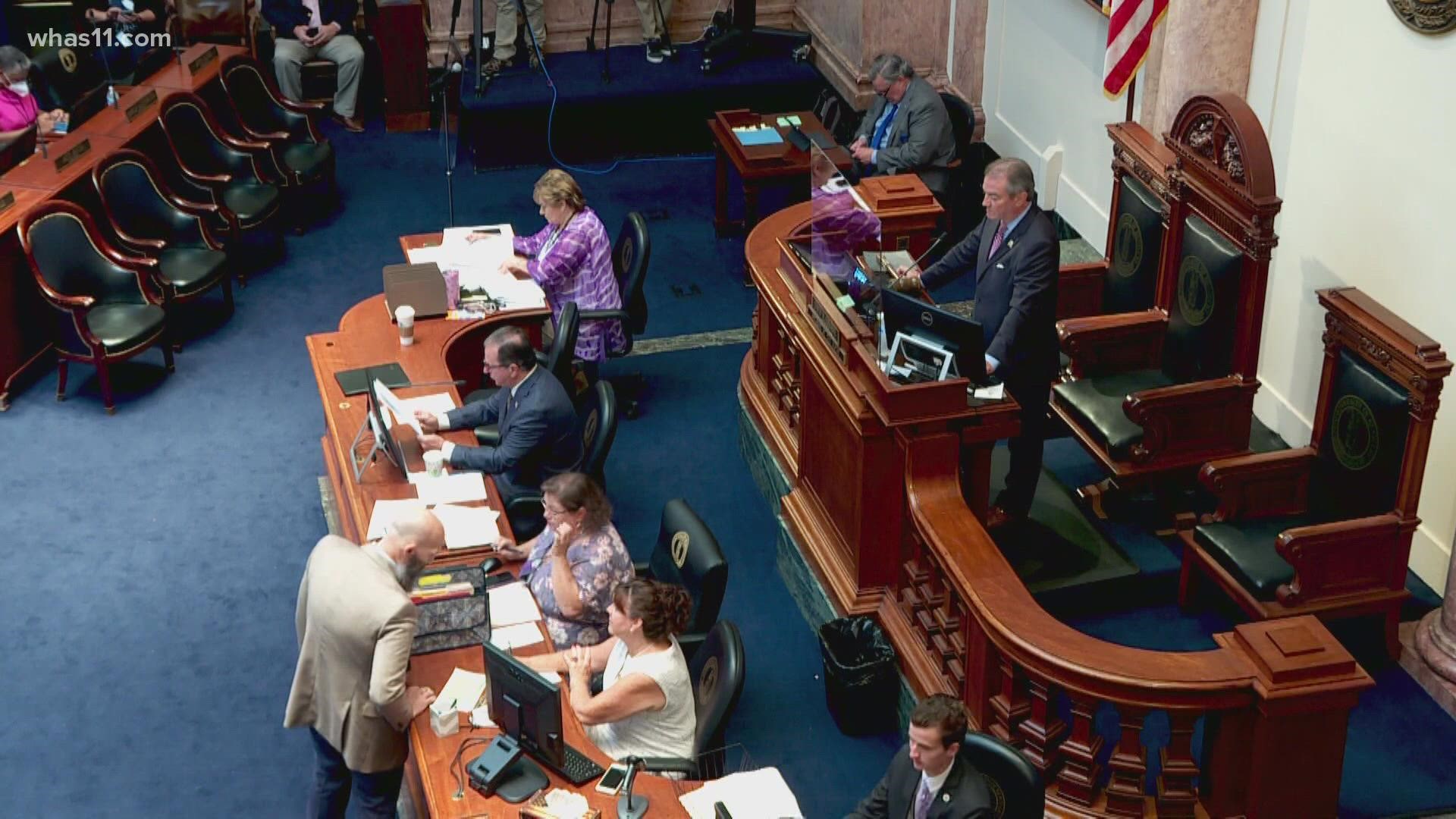 "Am I frustrated that something that has stopped every other surge we can't now use? Yes because that's going to harm a lot of people," Gov. Andy Beshear said during a press briefing Friday. "But is this going to stop us from figuring out every other thing we can do? No, we're going to keep pushing."

Senate Bill 1 is an education bill that would end a statewide mask mandate for Kentucky school districts.

The legislation puts masking decisions in the hands of school districts instead of the Kentucky Department of Education. It also adds 20 NTI days and "test to stay" measures to reduce quarantines.

The superintendents of Jefferson and Fayette County Public Schools asked Gov. Andy Beshear and the General Assembly for help as districts continue to struggle amid the pandemic. In a letter, the leaders outlined rising COVID cases and quarantines as well as a shortage of workers. JCPS parents gathered Wednesday to protest new measures, saying legislators are missing the mark.

"Further, the politically motivated effort to remove masking requirements in public schools weakens our virus mitigation efforts as a state at the very time they are needed most," Glass said.

Another measure passed was Senate Bill 2, which would ban statewide mask mandates and prohibit health care systems from requiring vaccinations of employees.

"We don't have a labor pool, because they've all been poached by other states who decided to make doctors, nurses, respiratory therapists a priority, but this administration didn't," Stivers said. "Show me, show me as I can show you the documents where they spent the money on that. Here it is. It's in my hands. None."

The bill would also prohibit nursing home visitor bans and increase testing, vaccination and treatment access across the state.

Two other bills, Senate Bill 3 and 5, were signed by the governor this evening.

WHAS11 will update this story with more information when it is available.