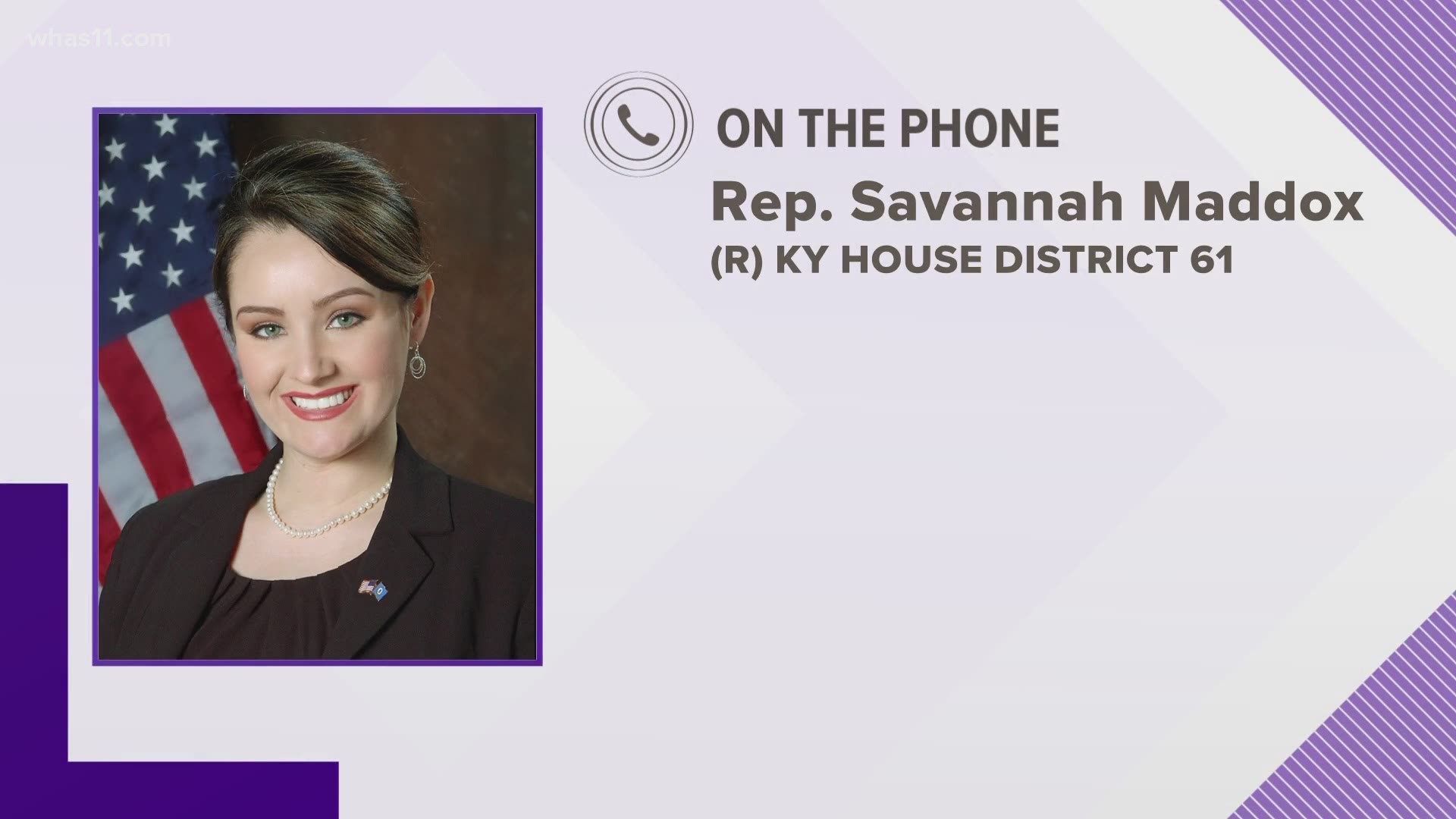 FRANKFORT, Ky. — Is the 2.5 million vaccination plan a healthy challenge or manipulative? It depends upon who you ask in Kentucky.

Gov. Andy Beshear called it "exciting" when he made the announcement at Monday's news conference, but the response from some on social media, and one state lawmaker, is likely not what he wanted.

The governor said once 2.5 million Kentuckians receive a COVID-19 vaccine, he'll remove capacity restrictions on nearly all events, businesses and venues that serve fewer than 1,000 customers. He also said he would remove physical distancing restrictions and end the curfew for bars and restaurants in the state.

Rep. Savannah Maddox (R-61) has been out front in protesting to reopen Kentucky and has questioned mandates since the beginning of the pandemic.

While the governor called his effort the "Team Kentucky Vaccination Challenge," Rep. Maddox calls it "concerning."

"Kentuckians that have wanted to receive it, for the most part, they're getting out there and they're doing just that," said Rep. Maddox. "But to hold the lifting of the restrictions over the heads of the folks who have yet to receive their vaccine seems slightly manipulative."

During the announcement, Beshear said it could take three and a half weeks to reach the mark, but a more realistic expectation would be four to six weeks.

If Kentucky were to continue vaccinating at its current pace, researchers say it would take nearly three months to hit Beshear's goal. That prediction was before the Johnson & Johnson pause, though Beshear said in a briefing that he was not concerned and said Kentucky will continue to get a greater supply of Moderna and Pfizer vaccines.

RELATED: 'This is what you have been waiting for' | Beshear sets vaccination goal with promise to remove restrictions

RELATED: People who got the J&J vaccine 'still made the right choice,' Louisville officials say