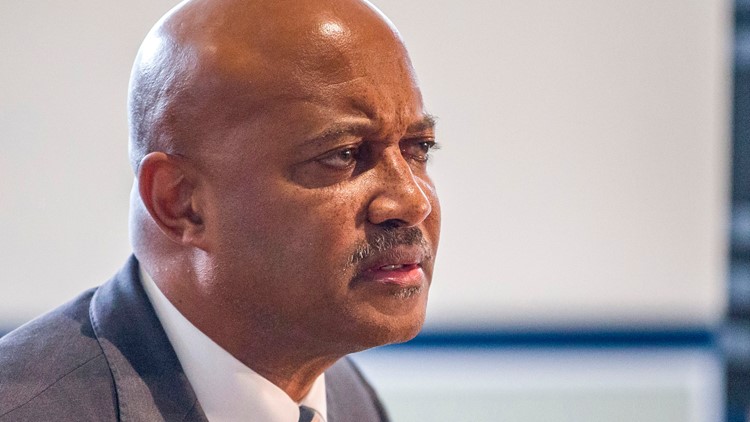 Photo by: AP
FILE - In this Oct. 3, 2019, file photo, Indiana Attorney General Curtis Hill holds a press conference in South Bend, Ind. Lawyers for Hill are trying to block two women from testifying about previous sexual misconduct allegations as he faces claims that he drunkenly groped four women at a bar last year. The state's attorney disciplinary commission wants the women to testify about Hill's actions when he was the Elkhart County prosecutor before becoming attorney general in 2017. (Robert Franklin/South Bend Tribune via AP, File)

INDIANAPOLIS (AP) — Indiana's attorney general faces a hearing over whether allegations that he drunkenly groped four women at a bar amounted to professional misconduct.

Republican Curtis Hill disputes the claims from a state lawmaker and three legislative staffers that he inappropriately touched their backs or buttocks during a party celebrating the end of the 2018 legislative session.

The attorney disciplinary complaint hearing that starts Monday before a former state Supreme Court justice could last a week. The former justice will recommend any punishment to the Indiana Supreme Court. The state's high court will ultimately decide whether to impose a reprimand or any other sanctions on Hill's law license. He's required to have that as the state's top lawyer.

Hill has rebuffed calls to resign from Republican Gov. Eric Holcomb and others.