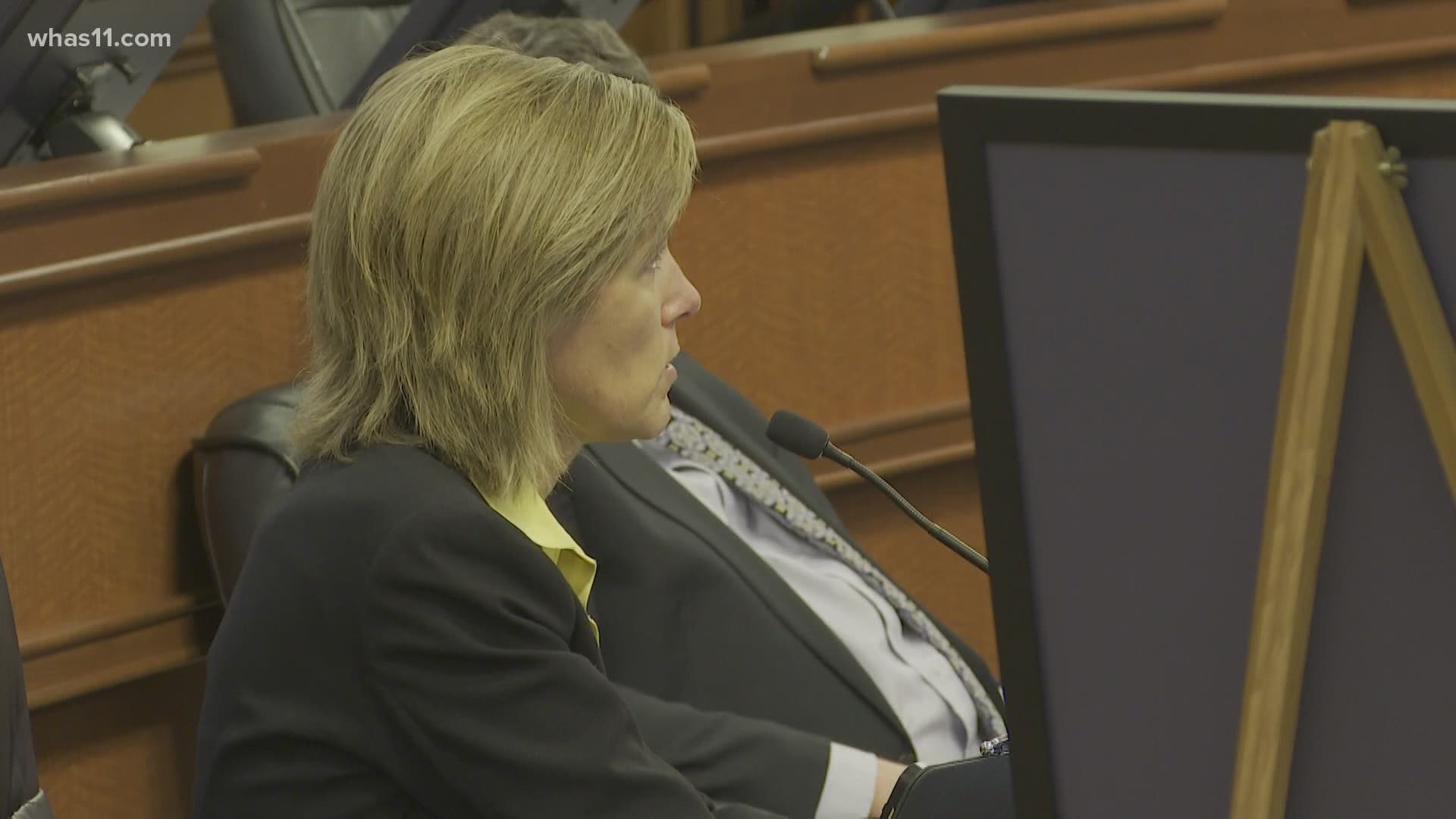 Along with Hess, several of LMPD’s command staff also provided sworn testimony on the events of protests since they began May 28.

“Mistakes were made. I made mistakes,” Hess said during her testimony.

Hess described miscommunications between her, city leadership, and LMPD throughout protest response discussions. She said, at times, she asked LMPD command staff questions about police tactics that were interpreted as direct orders.

“Those things were decisions that had to be made very quickly and without having a full appreciation of the consequences,” she said.

LMPD Mjr. Paul Humphrey said there's been lots of confusion for officers on the streets about what orders or laws to enforce, and when to hold back.

“There’s been a lot of frustration on the part of the police department and the officers on the street about what direction to take, what stance to take, what lines are we going to enforce?"

Hess indicating during her testimony she never heard the Mayor explicitly give direct orders on what officers should or shouldn’t enforce.

Col. Josh Judah stated the lack of police presence during the destruction to Fourth Street Live during the first weekend of protests was not due to a stand down order.

"No. I do not believe in any way shape or form that is true,” Judah said.

Mjr. Humphrey also described the working environment for officers, saying created in part by upper leadership, it amounts to an "effective stand down order."

"It's not limited to what's going on in relation to protests, right? We see it on the street. We know that officers are not taking the proactive steps that they've taken in the past, and there's a direct correlation between the environment that's created around this and the overall environment in the city, the national environment that we're existing in,” he said.

Hess and Humphrey said communications changed between the mayor's leadership and LMDP after June 15th, when Mjr. Humphrey and another officer went into a group of protesters they believed to be dangerous, without any protective gear.

“That was my call and as a result of me saying that Major Humphrey and one other officer went down the street and took on a very large group of individuals and put their lives at risk because of that decision that I regret,” Hess said.

Chief Robert Schroeder, who was also subpoenaed by metro council, attended Wednesdays hearing but did not answer any questions.
Council's attorney will be filing a motion with the courts to compel Schroeder to testify. Committee Chair Brent Ackerson said he hopes he will testify at a potential hearing before Schroeder's retirement on October 1.

Ackerson also said he plans to talk with other councilmembers and see who else to call for testimony as part of the investigation.

At some point, Ackerson said he anticipates the mayor will be called for testimony.