Some suggest tapping school reserve funds could force districts in danger to close. 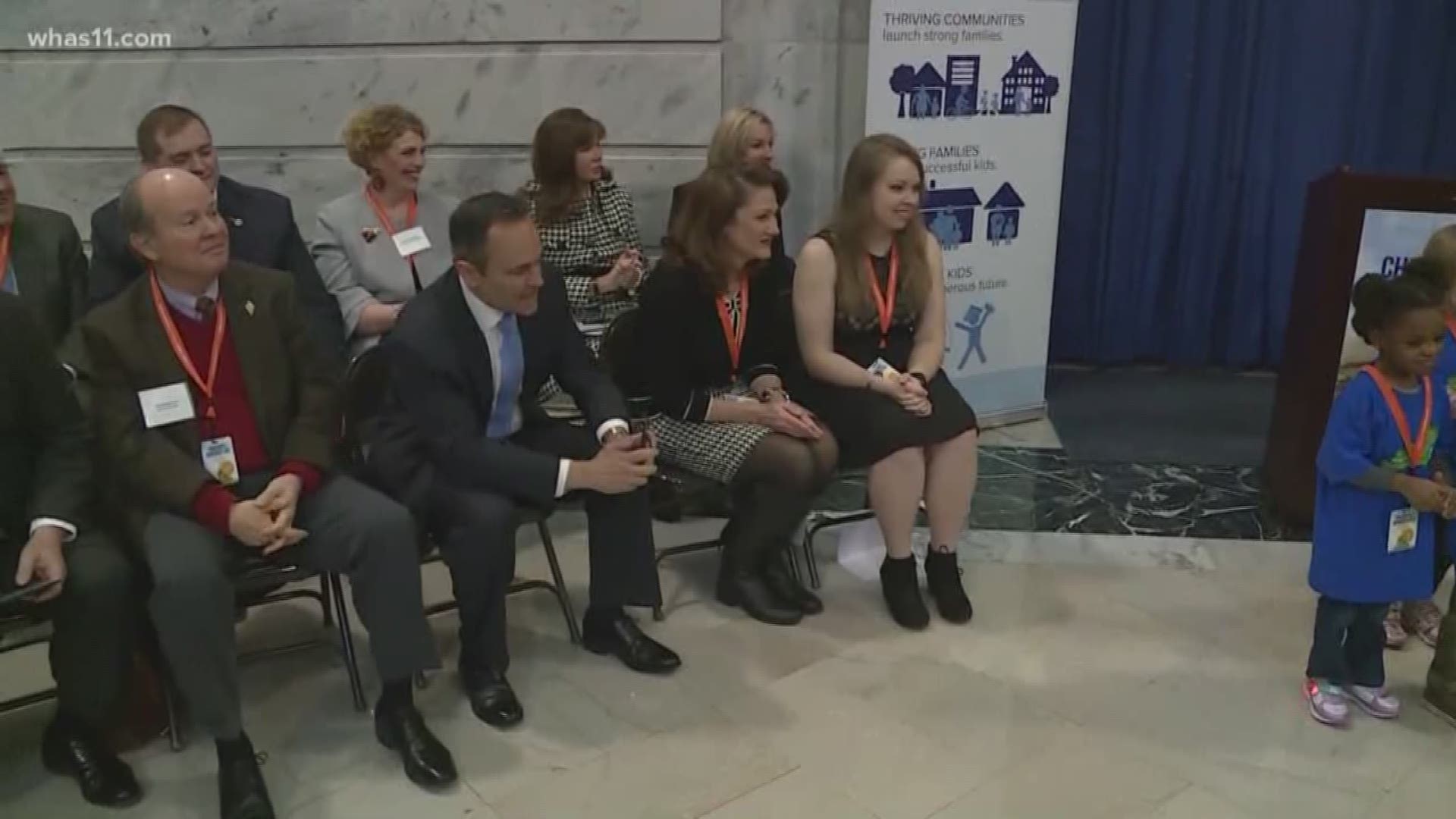 FRANKFORT, Ky. (WHAS11) – On Jan. 18, child advocates swarmed Frankfort for the annual day to celebrate accomplishments and get time with lawmakers who they hope will help them push their causes.

One well-known advocate defended Governor Matt Bevin’s budget proposal as another group warned lawmakers of what they say will be consequences to cuts.

Children sang and lawmakers were recognized for their work helping foster children and fighting abuse.

“You may or you may not agree with Governor Bevin on all issues, but when it comes to kids and when it comes to families, I think we have a governor around who we can support,” said Dr. Terry Brooks, Executive Director of Kentucky Youth Advocates.

Governor and First Lady Glenna Bevin were applauded for work done in 2017 and Governor Bevin promised that more help is on the way.

“We are going to start making forward progress,” said Governor Bevin, “and it's a function of taking care of the most vulnerable in our society. You see this in the budget I have proposed.”

During his budget address, he promised nearly $11 million more for adoption and foster care services and raises for social workers as well as adding to their ranks, but not everyone at this rally sees him as an alley.

"He's cutting funds for education while he's up here talking to us about how much he's for children's advocacy,” said Leslie Bebensee of Kentuckians for the Commonwealth.

Leslie Bebenesee's shouts at the governor were barely audible, drowned out by the applause at end of Governor Bevin’s speech. But across the drive in the Capitol Annex a coalition of nearly 40 organizations were warning about the budget proposal and what they predict will be its effects on Kentuckians.

"The problem is not a shortage of ideas,” said Jason Bailey, Executive Director of the Kentucky Center for Economic Policy. “The problem is a shortage of will to do the right thing and clean up some tax breaks and make some commonsense no-brainer tax changes to make some money. It's time to do that.”

The group of teachers, social workers and economists feel it's time for Kentucky lawmakers to stop cutting and find more revenue.

The governor has called for school districts to make up for a 33 percent drop in transportation funding by tapping into reserve accounts. But Stephanie Winkler, KEA President, warns that the option is not possible for most districts and this budget will push those facing less and less property taxes and special area taxes, to the brink.

"All of those things combined have created a situation where we have literally schools in your neighborhoods that are on the verge of potentially closing,” said Winkler.

"There is no such thing as a perfect budget,” said Dr. Brooks, “but I do believe that, given the parameters that he faces, this budget is really deep around child welfare and represents some real opportunities for the most vulnerable kids in Kentucky.”

Bevin administration officials say the budget proposal starts the conversation and they anticipate lawmakers will begin to debate ways of returning funding to some programs and lessen cuts before it is approved.

It could be late March before a plan is finalized.