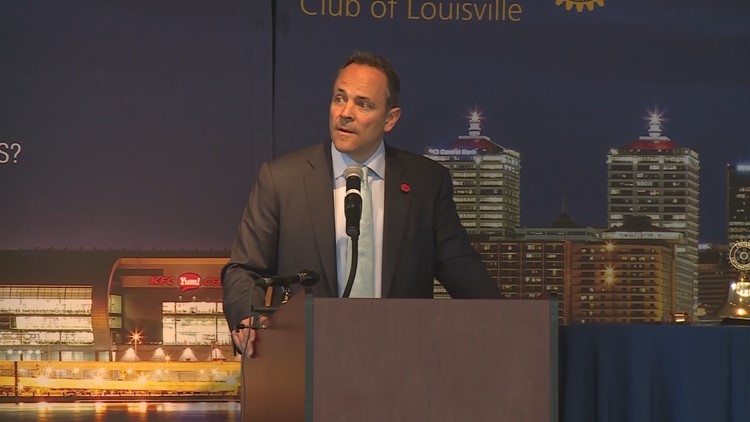 Bevin joined state lawmakers, members of the Lexington Fraternal Order of Police (FOP) and Homeland Security officials in Lexington to call for the passage of that legislation.

“Irresponsible and legally questionable ‘sanctuary’ policies handcuff our law enforcement personnel and pose a significant risk to public safety,” Bevin said. “Communication and collaboration among federal, state and local police is essential. We must never allow petty politics to jeopardize the safety of our law enforcement personnel or the tools they need to serve and protect our communities.”

“Cooperation between federal, state and local law enforcement has never been more important than it is today,” said Sen. Carroll. “Permitting any unit of local government to mandate limited (or no) cooperation with federal immigration officials would hinder the effectiveness of local law enforcement and put our citizens at risk. This legislation is not intended as a statement on immigration policy, but rather a statement of support for law enforcement officers who have sworn to protect their communities.”

“‘Sanctuary’ policies allow politicians to force their political agenda upon the law enforcement community,” said Rep. Blanton. “These types of policies are in direct violation to the oath that police officers take to protect and serve their communities, and legislation is necessary to ensure that law enforcement can do their job without the undue influence of politics.”

"Studies have shown that when local law enforcement collaborates with ICE, the reporting from immigrants and from the Latino community drops significantly because they're afraid if they call the police, ICE will show up and deport them," Jesus Ibanez Mijente, with Louisville & Occupy ICE Louisville, said.

He also feels Friday's announcement timing is closely connected to the upcoming ICE raids and is meant to send a message.

"Clearly, this was a political move. He kept saying over and over again that this isn't an immigration issue, that this isn't targeting a certain group when clearly it was," Ibanez said.

“I applaud Gov. Matt Bevin, Sen. Danny Carroll, Rep. John Blanton and other state officials for their proposed legislation to prevent cities from enacting ‘sanctuary’ policies that would prevent local law enforcement from cooperating with federal law enforcement. As a federal lawmaker, I believe federal laws should be enforced. Local governments should not be in the business of picking and choosing which laws to obey and which laws to ignore. Doing so would set a dangerous precedent. Additionally, any local government that fails to cooperate with federal law enforcement risks being designated a sanctuary city and losing access to federal resources. I appreciate Gov. Bevin and other state leaders who, with this announcement, have recognized that local politics should never supersede public safety.”