Bevin reflects on four years in office: 'I wasn't talking about teachers'

During Gov. Bevin's exit interview he recounted his controversial comments during the teacher rallies and addressed suggestions he may run against Sen. McConnell. 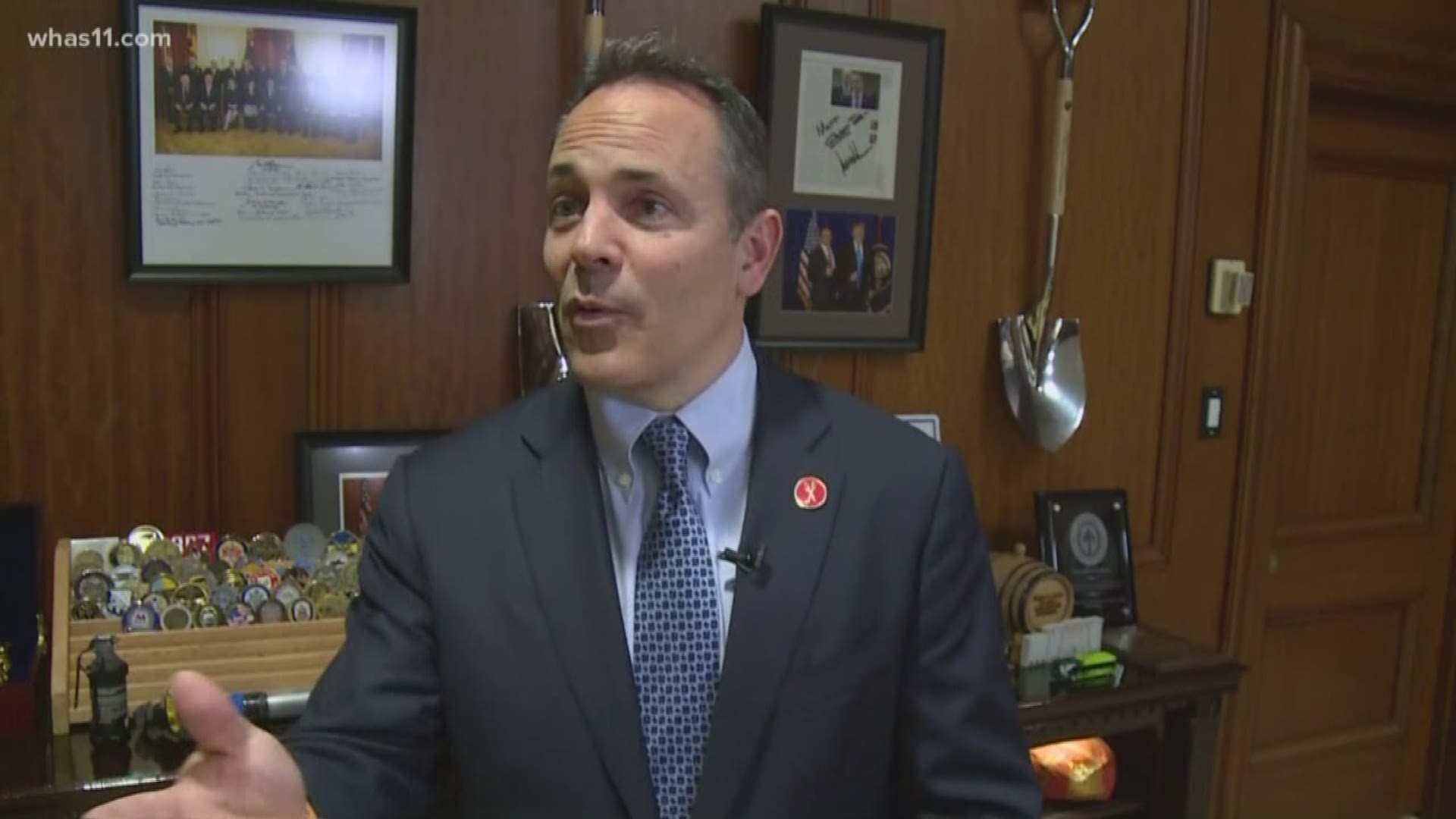 FRANKFORT, Ky. — With just days left as Kentucky’s governor, Matt Bevin sat down for a one-on-one interview to reflect on his past four years in office.

“We’ve shown people what good government looks like. We’ve moved this state forward instead of backwards or sideways, and we’ve done it without any corruption,” Gov. Bevin said.

The governor expressed how proud he was of the work his team has done during their time in Frankfort. He said they have done more for the state than any administration has done in 20 years, and he regrets nothing.

Reflecting on a controversial moment, the governor addressed comments he made last year during a teacher rally. At the time, he suggested that due to children not being in school, somewhere in Kentucky a child had been sexually assaulted or poisoned because they did not have anyone to watch them. Those comments went viral, sparking controversy on social media.

“I wasn’t talking about teachers at all, and this is, again the important thing to understand. I was talking about what happens, in that case, when children are left home unattended. This is a big problem in America,” Gov. Bevin said.

He spoke of the love he has for his team, saying it was an honor to work with a group who has been so dedicated to serving the state.

“I’ve never worked with a more competent group of men and women, more singularly focused on a common mission, and that is every single day to do the right thing for the people of Kentucky,” Gov. Bevin said.

When asked what he might do after his time as governor ends, Gov. Bevin said he has many interests and will “let the future take care of itself.” Many have wondered if he may run against Senator Mitch McConnell, but he said that is not on his agenda.

While discussing his relationship with President Donald Trump, he said he speaks with the president often and was not fazed by comments from Trump’s campaign saying he “just about dragged Gov. Matt Bevin across the finish line.”

The governor is looking hopefully towards Kentucky’s future as a new administration is set take over next week. Gov.-elect Andy Beshear will be sworn into office on December 10.

“It’ll be [Beshear’s] job to run with things and to do as best he can what is necessary to bring Kentucky forward. And I want to see that happen,” Gov. Bevin said.