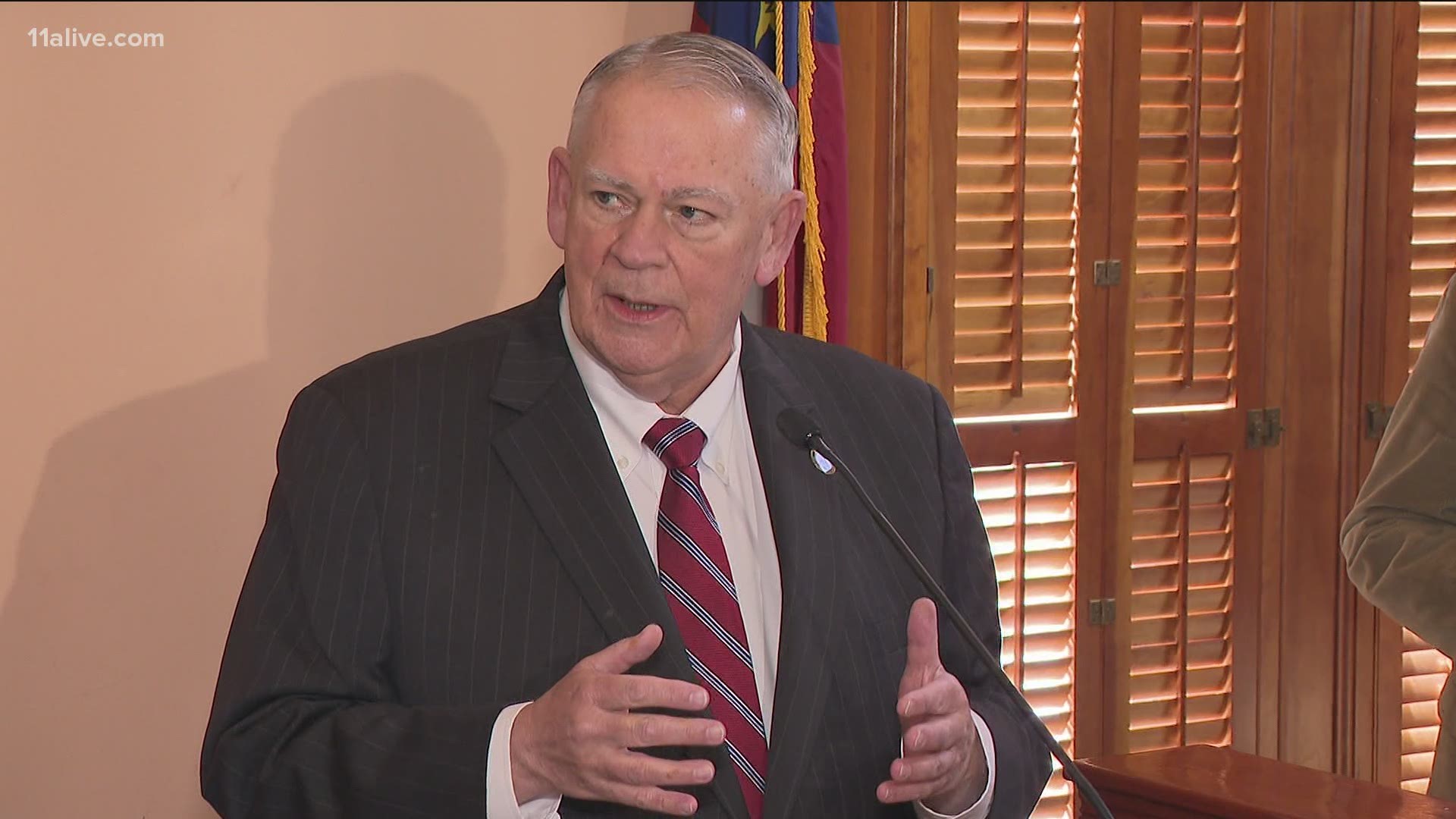 ATLANTA — A bill endorsed by Georgia’s House speaker would give substantial raises to lawmakers and many other elected officials in Georgia.

"I don’t know of anyone who wants a legislative chamber to be made up exclusively of people that are independently wealthy, or they’re retired," Ralston told reporters.

It would also raise, by about 40%, the salaries of the secretary of state and the commissioners of labor, insurance and agriculture. There would be similar raises for the attorney general, the lieutenant governor and members of the public service commission.

It would not raise the pay of members of the supreme court. The governor, who makes $175,000 per year, would also not get a raise.

If passed, the pay hikes wouldn't take effect until after lawmakers face voters in the 2022 election.