Here's what Kentucky primary results really revealed about some races

The results are in and voters have spoken. WHAS11's Political Editor Chris Williams dissects some of Kentucky's biggest primary races. 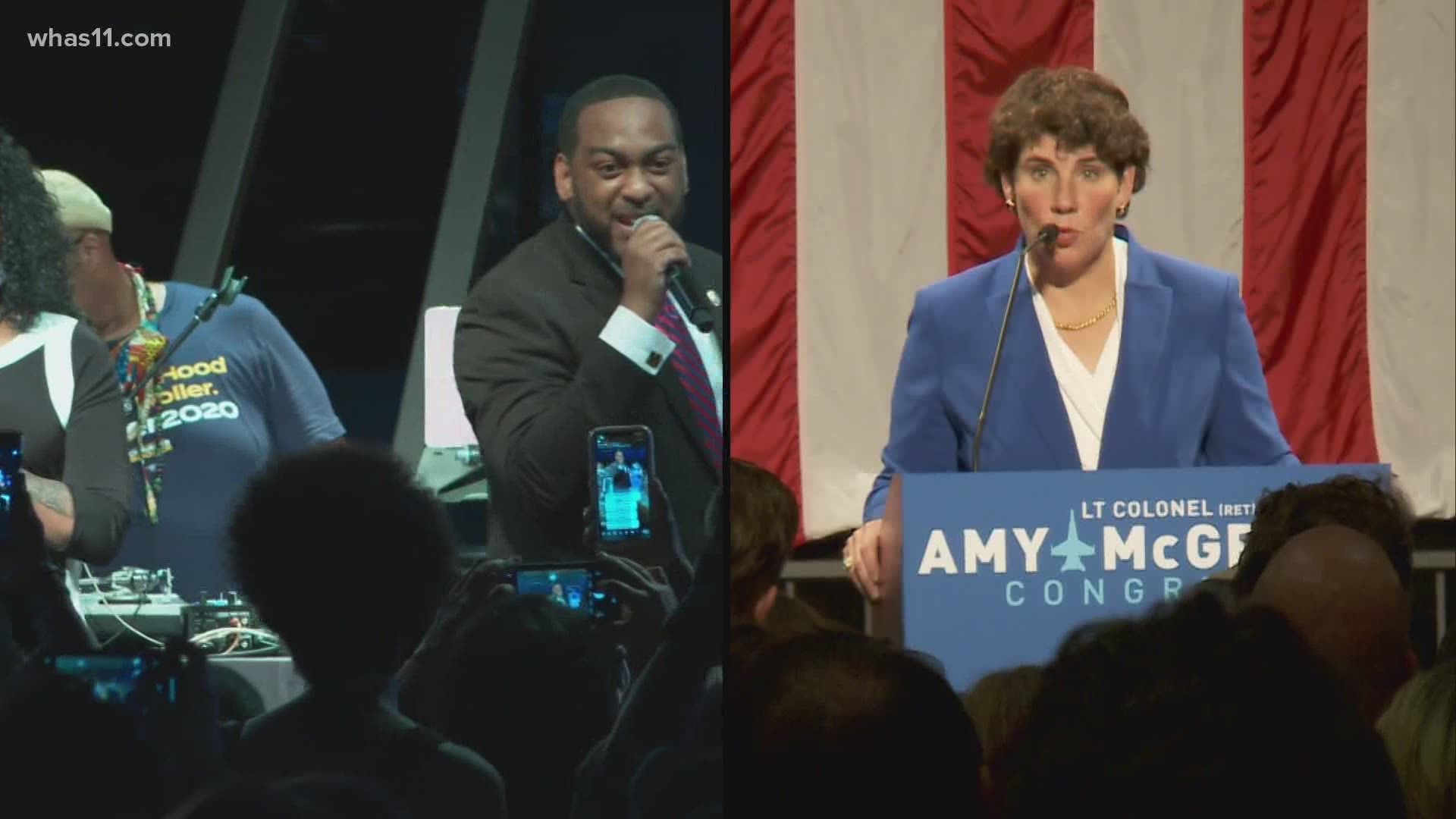 The Kentucky 2020 primary featured a myriad of changes, firsts and garnered national attention. This was the first time in Kentucky history for early voting and due to COVID-19 anyone who wanted to, could vote by absentee.

However, if you dissect the results, it becomes clear voters sent a message with their votes. WHAS11 Political Editor Chris Williams dissects some of the key races.

The GOP Presidential race
President Donald Trump ran unopposed in the Kentucky Primary Election, but that did not stop nearly a quarter of the votes in Jefferson County from being cast for someone other than Trump.

While the President still enjoys a lot of popularity in Kentucky, the results should be noteworthy as a Primary message from Jefferson County voters.

While McGrath won most Kentucky counties, Jefferson County heavily favored West Louisville native and one-term State Representative, Charles Booker. As results continued to arrive at the Secretary of State’s Office it became clear that Booker’s approximately 36,000 Jefferson County lead would not hold up.

Senate District 26
This race was a huge victory for Kentucky Democrats. While it was a primary election, June 23 was also a special election for Kentucky’s 26th District Senate seat. Democrat, Dr. Karen Berg took a commanding lead with a more than 2 to 1 margin in Jefferson County. Bill Ferko, a Republican businessman, won Oldham County by 1,500 votes but it wasn’t nearly enough in a special election held during a primary election that saw large numbers of Democrat voters cast ballots.

Senate District 37
Former Louisville Metro Council President David Yates is headed to Frankfort. He easily took the Democratic primary with nearly 70-percent of the vote. There are no Republican candidates running for the traditionally Democratic district that includes parts of Louisville. Longtime Senator Perry Clark, a Democrat, chose not to run for re-election.

Kentucky House District 40
For the second time in two years, Nima Kulkarni has defeated Dennis Horlander in the Democratic Primary for Kentucky’s 40th District House Seat. Representative Kulkarni became the first Indian American to serve in the General Assembly when she defeated the incumbent, Horlander, in the 2018 Kentucky Primary. The former State Representative, Horlander, entered the race again but was soundly defeated by Kulkarni who managed 5,632 votes to her opponent’s 1,538.

Kentucky House Dist. 43
Pamela Stevenson won the Democratic Primary to replace Charles Booker in the Kentucky General Assembly. Her victory in the 43rd District included a three to one margin. The district includes parts of West Louisville once held by long-time lawmaker Darryl Owens.

Kentucky US House District 4
Congressman Thomas Massie easily defeated his Kentucky Primary challenger, Todd McMurtry in a contest that was heated on social media. The Northern Kentucky Republican made headlines in recent months finding his fiscal conservative ways at-odds with some in his own party when it came to the CARES Act. He’ll take on Democrat Alexandra Owensby who was in a tight race with Shannon Fabert before taking a 10-thousand vote lead.

Kentucky House District 50
Kentucky House Majority Whip, Chad McCoy defeated a Primary challenger Tuesday. The Bardstown Republican took a 700 vote lead on results day besting Donald Thrasher. That race was much closer than most in a leadership position would have preferred. It included heated confrontations at the Capitol, and in the home district in which the challenger accused McCoy of wrongdoing.

Kentucky House District 71
The school teacher who made headlines after defeating a Republican House leader in the 2018 Kentucky Primary has fallen to a challenger in the 2020 Primary. Primary results day tallies found R. Travis Brenda 30 votes behind Josh Bray. Representative Brenda defeated House Republican Leader Jonathan Shell in 2018 and then went on to win the General Election.

That 2018 race was a surprise that sent shockwaves across the Commonwealth as many began to question whether the educator vote would directly impact many General Election races.