The president of the organization said after all the protesting all year long, voting is the path towards justice. 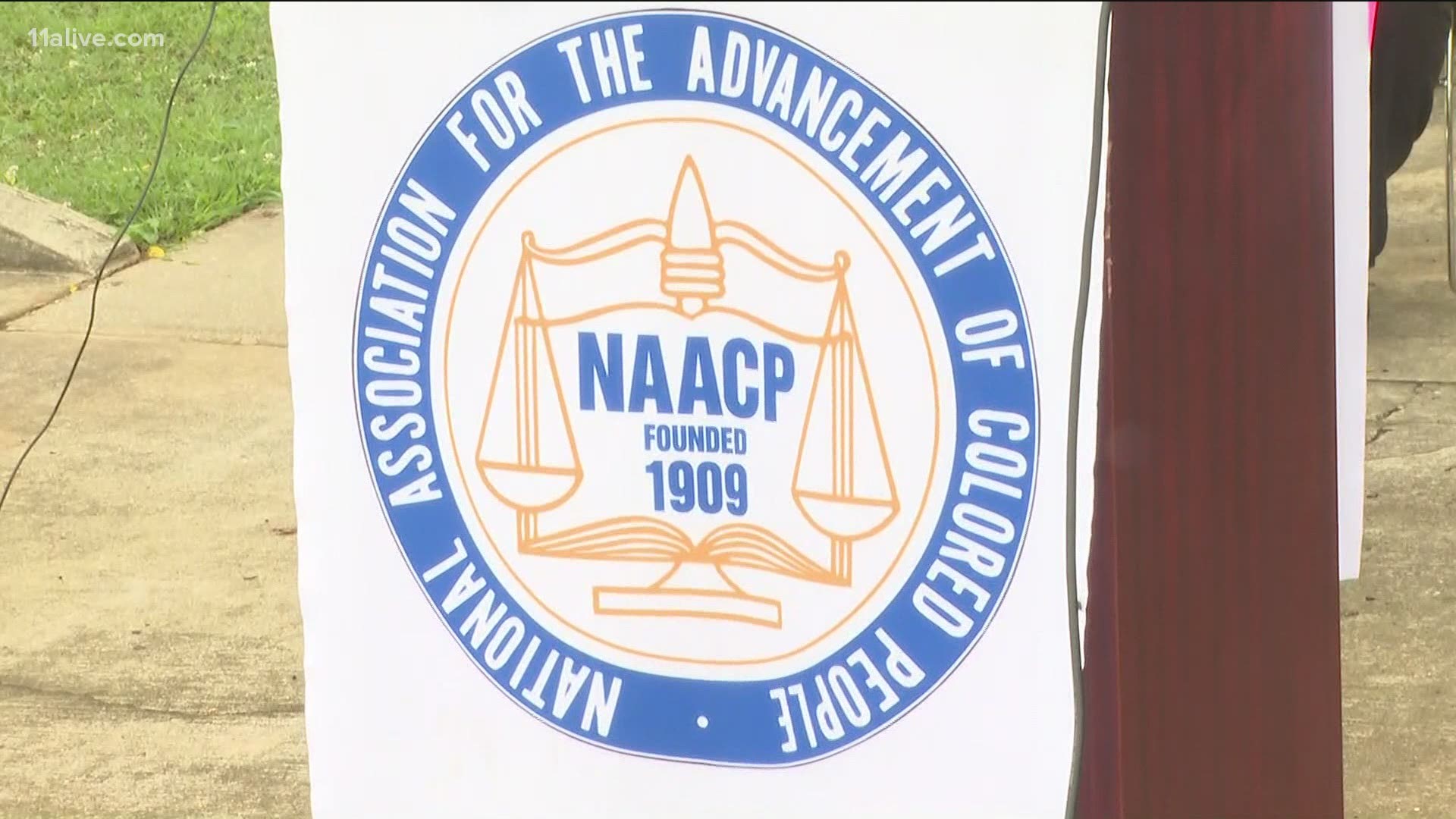 ATLANTA — As the countdown continues to Election Day, the NAACP is ramping up the organization’s longtime commitment to engage with Black voters during this critical election process.

The NAACP is the oldest and largest civil rights organization in American history. 11Alive interviewed President and CEO of the organization, Derrick Johnson, who emphasized the importance of the upcoming election.

“We must vote like our lives depend on it,” Johnson urged.

Johnson said after all the protesting all year long, voting is the path towards justice.

“We as African-Americans, as fair-minded individuals, must vote like we have never voted before,” he said.

"It is, whether you’re voting for your local D.A., or the president’s race. We cannot stop at the top of the ticket or the bottom of the ticket," Johnson added. "We have to vote up and down the ticket."

Johnson said he understands the skepticism that pops up during every election season, with reports of voter intimidation and voter suppression.

“Our vote truly is our currency," he countered. "We must collectively leverage our currency so that we can have a rich and productive future."

For 111 years, the NAACP has been fighting for equality and justice for all. Johnson said the goals established in 1909 are just as important in 2020.

“So, I encourage our young people, keep pushing the envelope,” Johnson said.

“It is a marathon. It is not a sprint," he added. "The injustices of the past may have had some advancements, but there are so many more things to do to continue to advance it to a place of equity.”