Challenger Amy McGrath said she was proud of what her campaign achieved in concession speech. 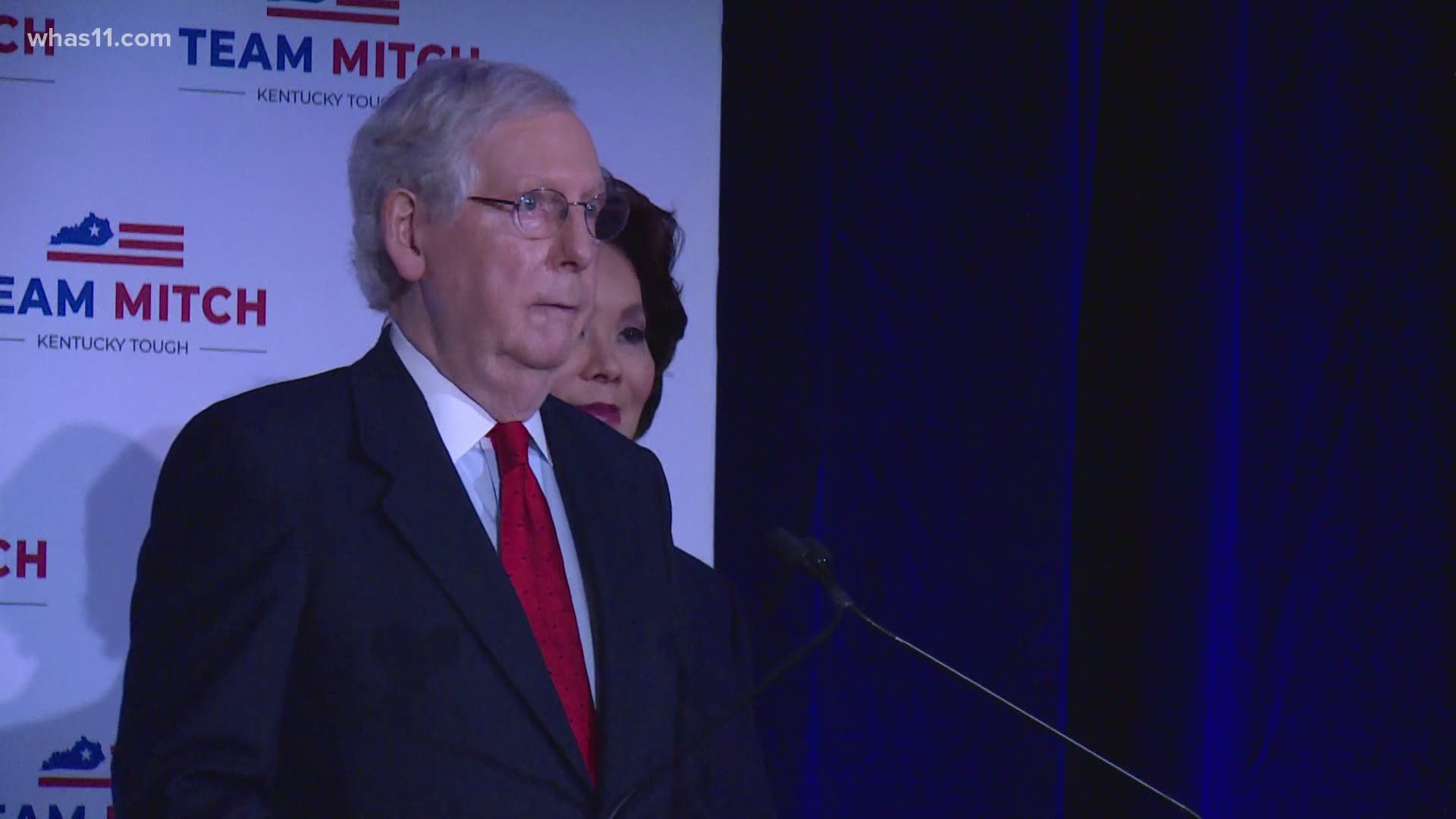 "Kentucky, I'm humbled and grateful that you've rehired me to keep fighting for your families and serving our Commonwealth for the next six years," McConnell said while claiming victory at around 8:30 p.m. Tuesday.

The win means McConnell will serve a record-breaking seventh term in the U.S. Senate for Kentucky.

"The people of Kentucky had a clear choice, and they sent a clear message," McConnell said. "Tonight, Kentuckians said that challenging times need proven leadership. And our nation will need Kentucky values and Kentucky ideas to defeat this virus and regain our footing."

McConnell was first elected in 1984, making history then as the only Republican challenger in the country to beat an incumbent Democrat. Since then, he has become the longest-serving Republican leader in U.S. Senate history.

"When I witnessed Dr. Martin Luther King's March on Washington speech as an intern back in 1963, I dreamed about doing big things to help my state and our country," McConnell said. "I never imagined Kentuckians would make me the longest-serving senator in our state's history."

McGrath conceded at around 10 p.m., saying she was proud of what her "grassroots campaign achieved."

"Although we didn't get the result we wanted, the energy and optimism I saw in every corner of this state gives me so much hope for the future of our great Commonwealth," McGrath said.

I’m so proud of what this grassroots campaign achieved. This race was never about me - or Mitch McConnell - it was about Kentuckians. The legacy of this campaign will be that we don’t have to accept politics as usual. I look forward to building a better future for Kentucky. pic.twitter.com/SHlweJof1I

In the recorded video posted onto social media, McGrath said she was proud of her contributions to helping Democrats help "up and down the ticket in Kentucky, and on the national stage."

"I believe the legacy of this campaign will be that we don't have to accept politics as usual," McGrath said.

RELATED: Presidential Election 2020: Live results from across the US