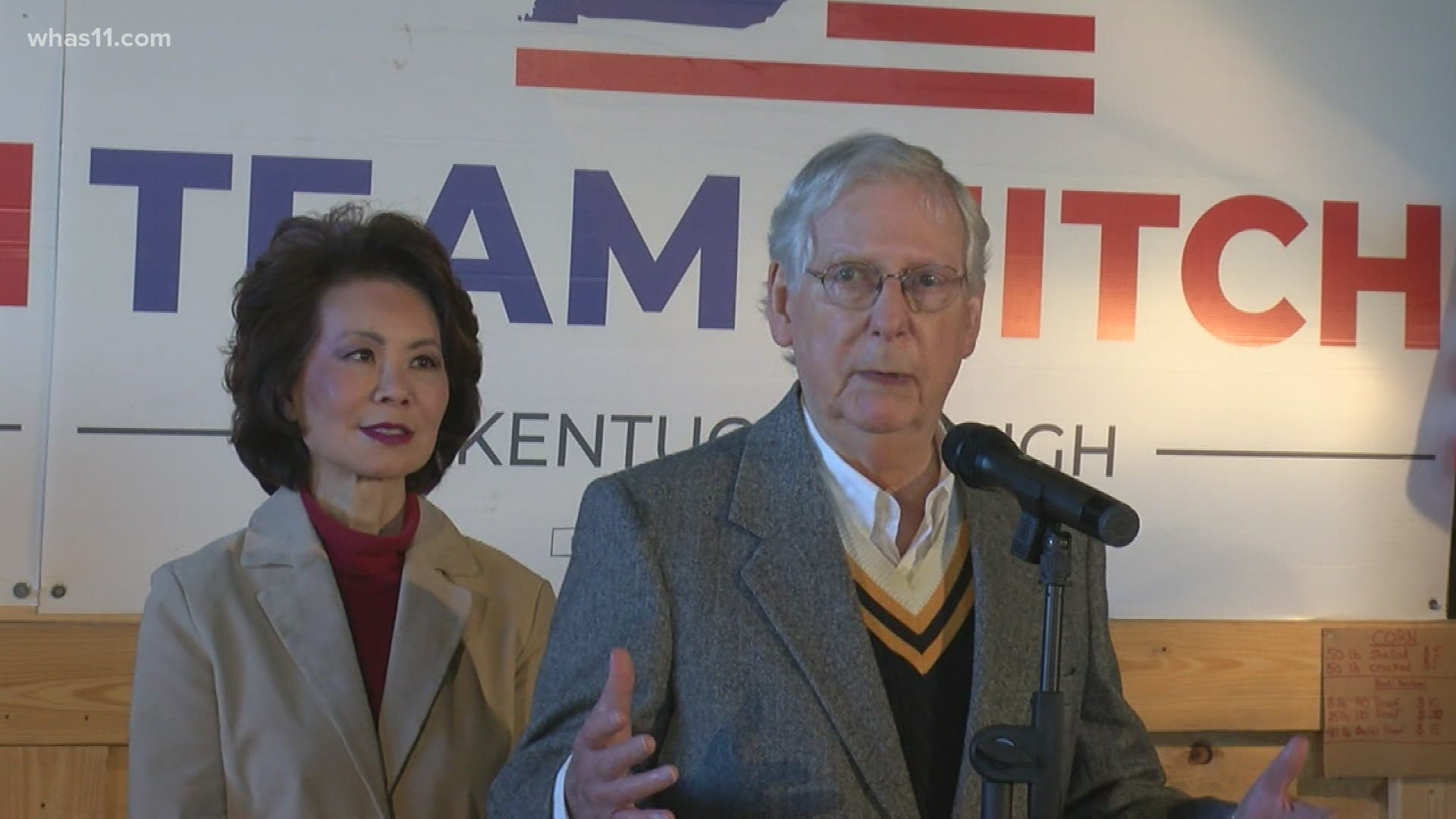 LOUISVILLE, Ky. — Polls show Senate Majority Leader Mitch McConnell with a nearly double-digit lead over Democrat challenger Amy McGrath, leading some to say the question in this race isn't who wins, but by how much. Still, experts explain it is not always that simple.

In Woodford County Monday morning, for his final rally of 2020, McConnell doubled down on his go-to campaign slogan, calling Amy McGrath too liberal for Kentucky.

"If my opponent were successful, her very first vote, the first vote we take in congress, would be the take the majority leader's job away from Kentucky and give it to New York and we're not going to let that happen," McConnell said.

Dr. Adam Enders with UofL's Department of Political Science said McConnell has held a sizeable lead over challenger Amy McGrath since the primary in the polls.

"It's hard to tell if that message in particular is resonating when support for McConnell has been high the whole way," Enders said.

Enders said McConnell's experience gives him a leg up with many Kentuckians, saying even without knowing what polls show, McConnell would be expected to win.

"The conventional wisdom about campaigns and incumbency advantage and just knowing the stakes in this instance -- even if we didn't have polling or we had some reason to think polling was way off, we would still expect a McConnell win," Enders said.

Beyond his time in office, experts explain McConnell's reputation for helping the bluegrass state has helped him, but there is also the chance it ends up hurting him.

"A lot of people assume he's got it in the bag, and if that's the case they may not come out," Dr. Dewey Clayton said.

Despite the polls, experts point to one big factor keeping them from calling it: McGrath's campaign.

"Of all the campaigns I've seen against McConnell over the years, I think she has really taken it to him unlike any other," Clayton said. "Usually, by this time in a campaign, McConnell has flooded the airwaves and the opponent is no where to be found but she has gone toe-to-toe with him in financing and getting ads out."

Clayton added the race will be the closest race of any previous challenges to McConnell, and Democrats could take a win by a small margin as a "big picture" victory.

WHAS11 will have results as soon as they are announced both on whas11.com and on our app.