Amendments to be voted on during November election

Marsy's Law and House Bill 405 will be described in entirety on Kentucky ballots. 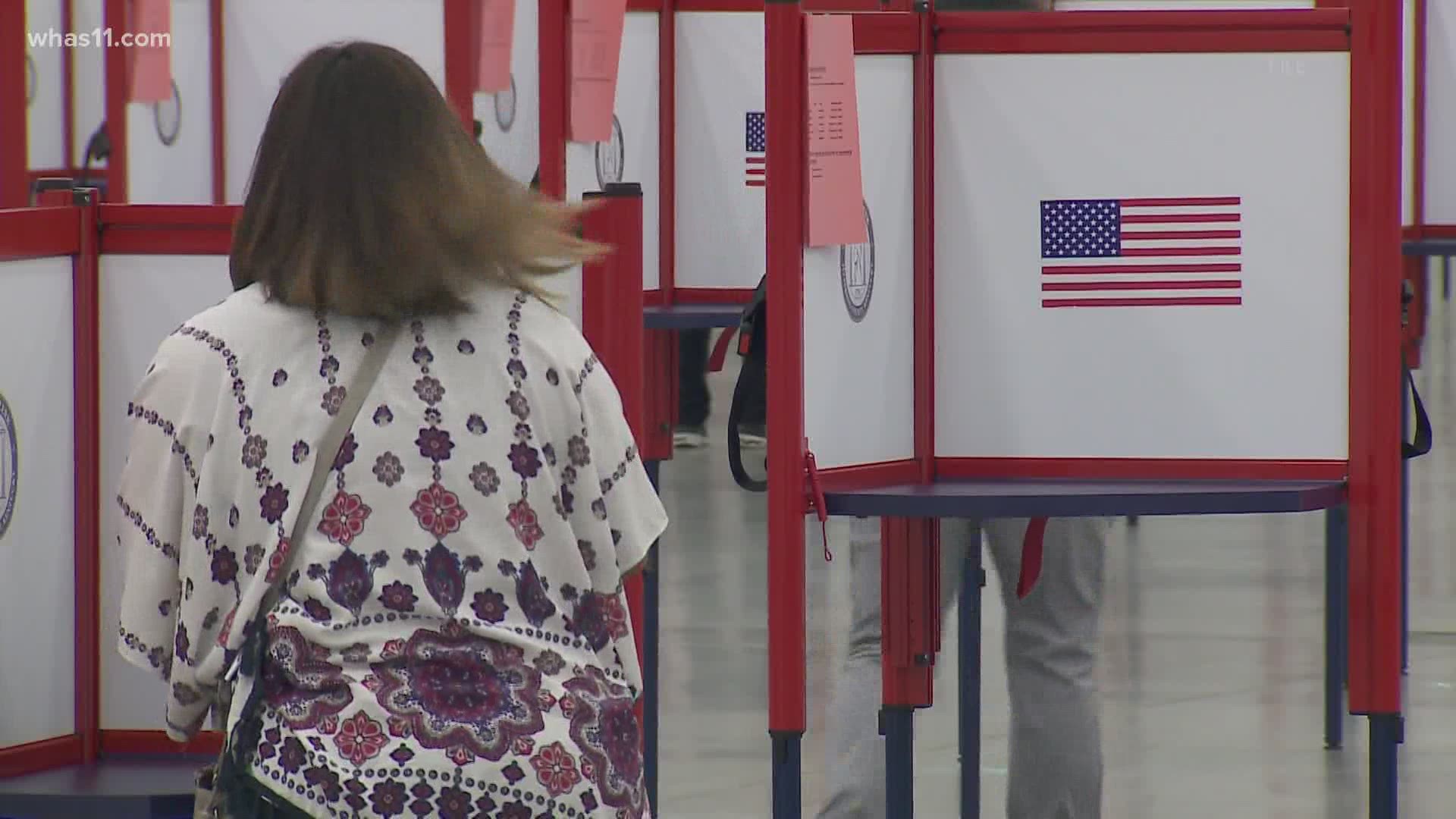 LOUISVILLE, Ky. — While Kentucky's governor, secretary of state and county clerks juggle COVID-19 concerns with preventing voter suppression in November, something none of them have control over might add to lines at polling places.

Kentuckians will vote on two constitutional amendments during the 2020 general election, which could mean longer wait times at the polls.

On November 5, Marsy's Law will be back on the ballot. The Kentucky Supreme Court struck the law down based on ballot language in 2019, however lawmakers passed it again during the 2020 session.

The Supreme Court decision means any constitutional amendment, like Marsy's Law, must have its full description on the ballot.

House Bill 405 would extend the terms of some judges and Commonwealth's attorneys.

"It's going to be a really long ballot," said state Sen. Whitney Westerfield.

Westerfield, who represents District 3, argued for for Marsy's Law in court. He said he is concerned about the impact several more pages of ballot will have on an already stressed system.

"The practical effect of the Supreme Court's short-sighted ruling is going to be held by the county clerks and their deputies and poll workers a around the state, no question about it," Westerfield said.

"This is going to be a super long ballot. I believe there are two constitutional amendments on it," Kenton County Clerk Gabrielle Summe said. "So you're going to have long lines just because of presidential, but you're also going to have people hanging around in your facility longer."

It's unclear how many extra pages the amendments will mean in each county since clerks are still formulating the ballot for printers. It's also unclear just how much more money it is going to cost taxpayers to have extra pages.