Around 321,000 absentee ballot requested for November election in Kentucky

The Board of Elections Executive Director said he was 'optimistic' the absentee requests would relieve pressure from the voting systems. 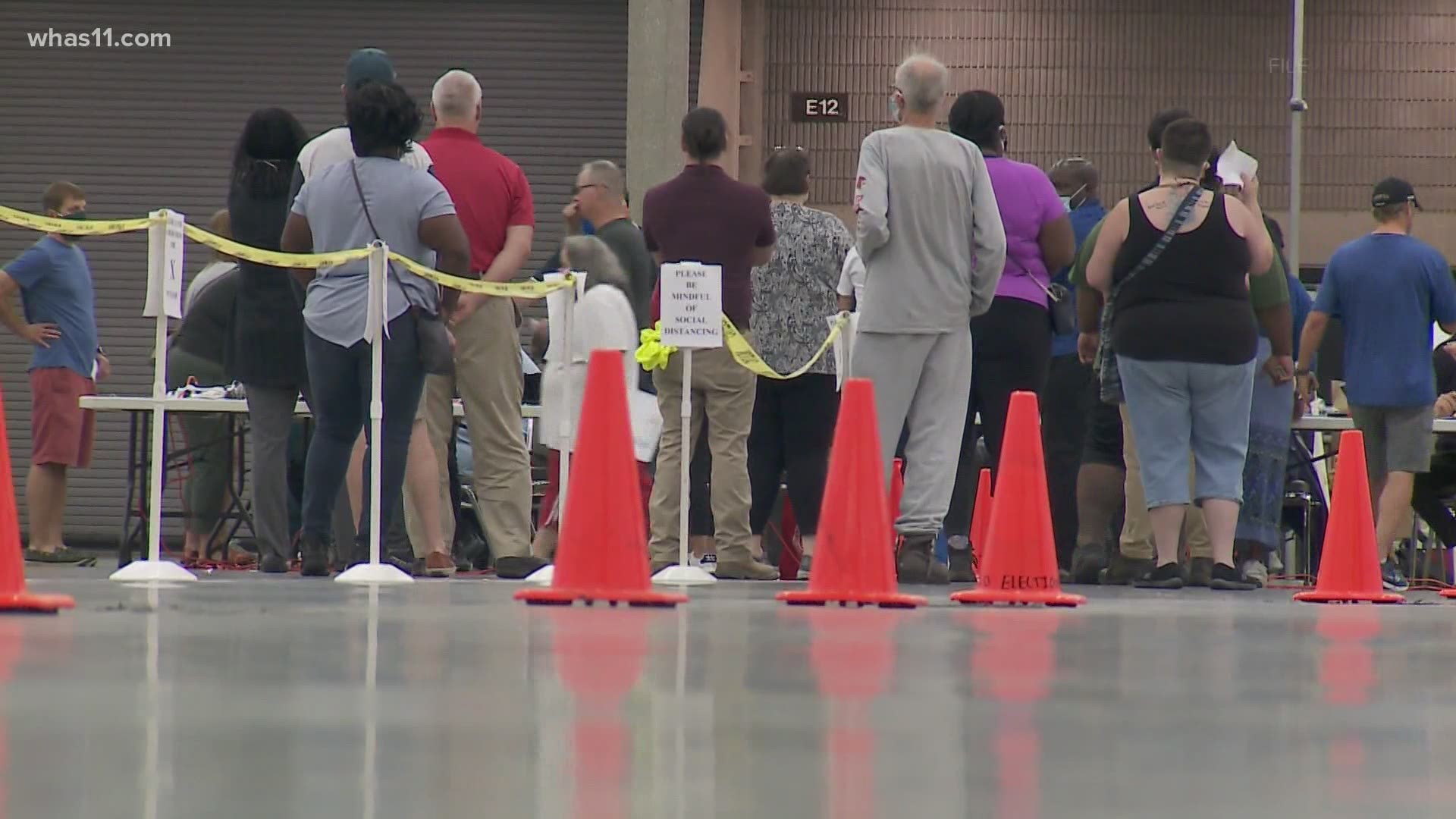 FRANKFORT, Ky. — While a flood of voters are clicking on the absentee ballot portal, the Kentucky Board of Elections Executive Director said he was optimistic there won't be so many that it grinds the system to a halt.

Jared Dearing announced the staggering latest number of ballot requests Tuesday as the board gave its approval for some county's election day plans.

Around 321,000 Kentuckians have requested ballots at GoVoteKY, with the deadline to request an absentee ballot less than a month away on Oct. 9. Dearing said there was a spike in requests early in the process before things leveled off, but now that campaigns appear to be making a financial push towards November, there's been another uptick.

"My expectation right now is that this puts us right on target where we need to be," Dearing said. "It puts us at a little above where we were in the primary election for absentee ballots and, as long as we can have an effective marketing campaign notifying early voting, I think it relieves enough pressure off of all three voting methodologies."

Those other ways to vote include early in-person, which runs from Oct. 13 through Nov. 2, and voting on Election Day, November 3.

During the meeting, the board also approved voting plans in 26 of Kentucky’s 120 counties. Those approved are mostly smaller counties as counties like Jefferson County still await a final plan.

Secretary of State Michael Adams and Gov. Andy Beshear must sign off before the Board of Elections gives its approval. Adams said another 22 counties are close to getting his final okay. His office is working with many others to make recommendations.

"I can certainly tell you that we've made a lot of progress," Adams said during the meeting. "Our state has adding more in-person voting opportunities compared to where we were back for the primary."