Kentucky Board of Elections approves final election plan for November

The bipartisan emergency regulations approved by the board of elections closely match an agreement the governor and secretary of state announced last week. 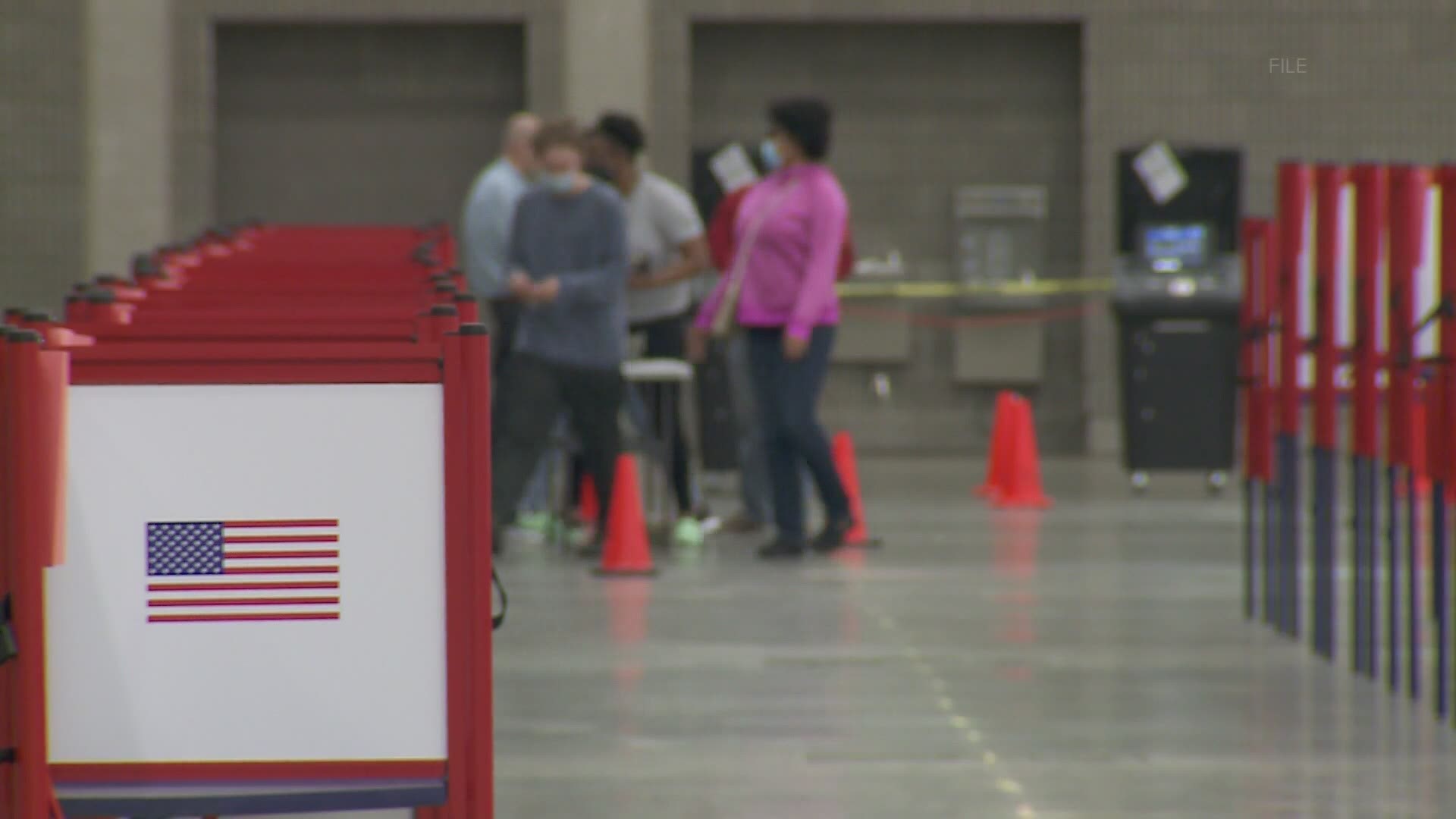 FRANKFORT, Ky. — It's a first for Kentucky history this year, with an election that won't last just one day, but rather six weeks due to the pandemic.

"It has caused us to take extraordinary measures to hold an election in an extraordinary way," Ben Chandler, the KY Board of Elections Chairman said during a meeting Thursday.

The board was scheduled to vote on Tuesday but chose to delay the vote a few days.

"There's are the reason why it's taken a couple more days to get a document we can vote on. I think there's been some unfair coverage about me supposedly delaying this," Adams said Thursday afternoon. "It wasn't me filibustering, it was making sure we get it right."

The new election rules allow any registered voter concerned about getting COVID-19 by casting a ballot at the polls in person, to instead request an absentee ballot to submit through the mail or at a drop box.

"The mere volume of the absentee that are going to be cast in this election is completely different from any other election than we've ever had," Chandler said.

There will also be three weeks of early in-person voting starting Oct.13, with polls also open on three Saturdays for four hours each day. leading up to the election on Nov. 3.

"We have managed to find common ground on how to run this election," Chandler said.

There was one source of debate before the rules were passed 7 to 1 in the vote. One of the board members, James Lewis, had concerns about a rule that is a change from Beshear and Adams' agreement. It's a provision giving parties and candidates the ability to see which voters had requested an absentee ballot. The board member argued it may lead to voter harassment.

"To be clear, I didn't ask for that language. The governor didn't either, this is coming from the two parties," Adams said. "The theory being the parties- and it's equal between them- have been equally handicapped by the current reality of trying to organize because of the pandemic."

"This is just a mechanism, I believe, to just try to help them message to the voters, communicate to their voters but also not waste very valuable resources at this time," DeAnna Brangers said in defense of the parties accessing the absentee ballot voter information.

The state portal to request an absentee ballot is scheduled to go up Friday and close four weeks before the election on Oct. 9. Mail-in votes are required to be postmarked by Nov. 3, which is Election Day. They must be received by county clerks' offices by 6 p.m. on Nov. 6 in order to be counted.

"Everybody is not going to get what they want. This is a difficult situation and were trying to put rules together for an election, something we've never held, an election like this in the history of the commonwealth of Kentucky," Chandler said.

The secretary of state and the governor both need to officially approve the plan and the board of elections says it may be modified if changes are necessary as the election gets closer.