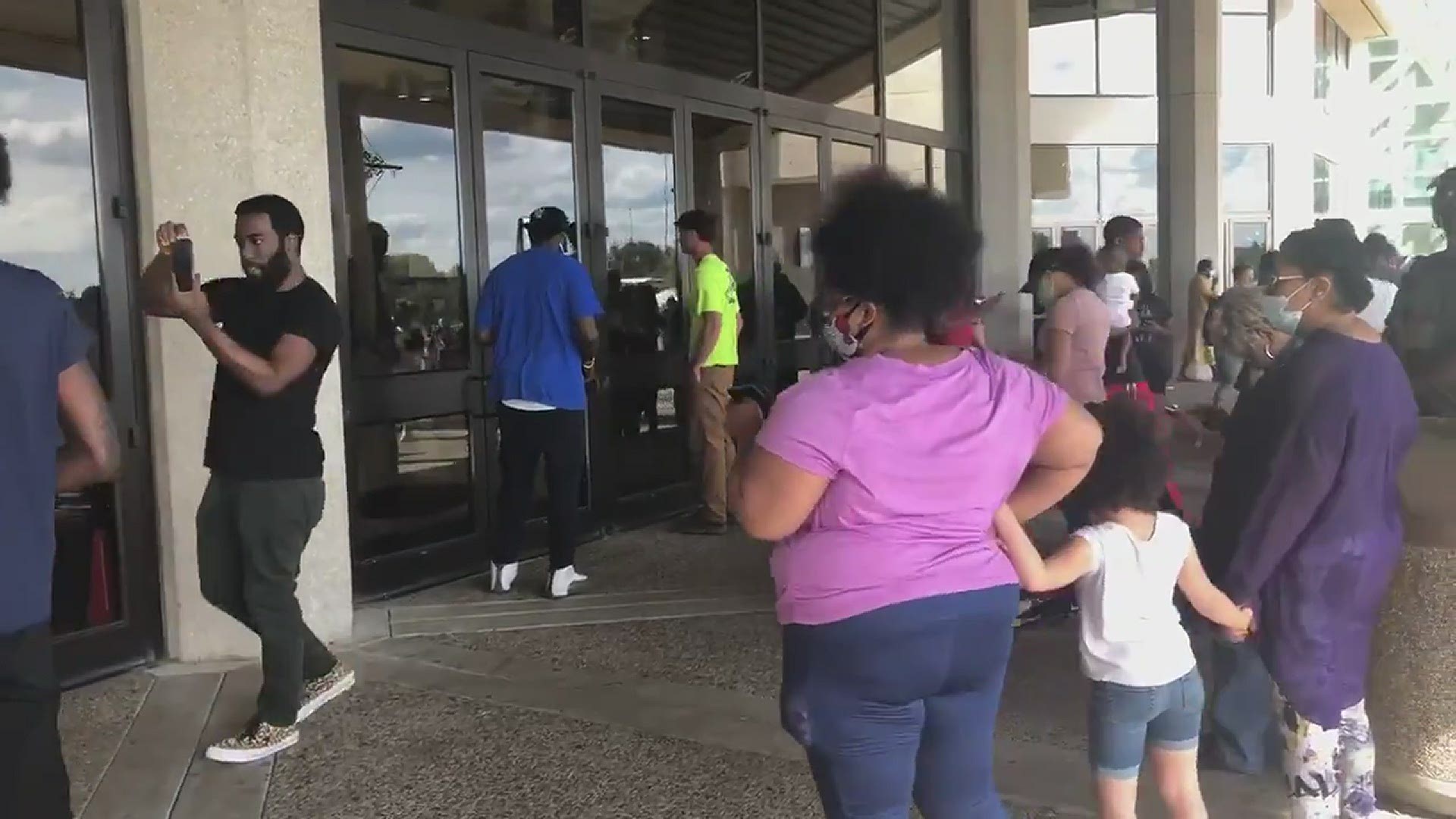 LOUISVILLE, Ky. — A couple of hours after the Charles Booker campaign filed an injunction to keep polls open in Jefferson County until 9 p.m., a judge has denied that request.

The Booker campaign filed the injunction, citing "extensive traffic delays around the Expo Center, which is serving as the sole polling location for all voters in Jefferson County, home to most of the state’s Black voters."

Voters were seen outside of the Expo Center banging on doors around 6 p.m. to be let inside.

However the court did order allow those outside the venue to vote until 6:30 p.m.

Judge Annie O'Connell released her handwritten motion in response to the Booker campaign.

Motion having been made and this court being sufficiently advised, the court finds:

RELATED: You can vote in person if your absentee ballot hasn't arrived, Secretary of State says