Early, absentee voting led to big turnout in Kentucky | Will they be here to stay?

Around 2.1 million Kentuckians voted in the general election this year, breaking the record for the most number of votes cast in the Commonwealth. 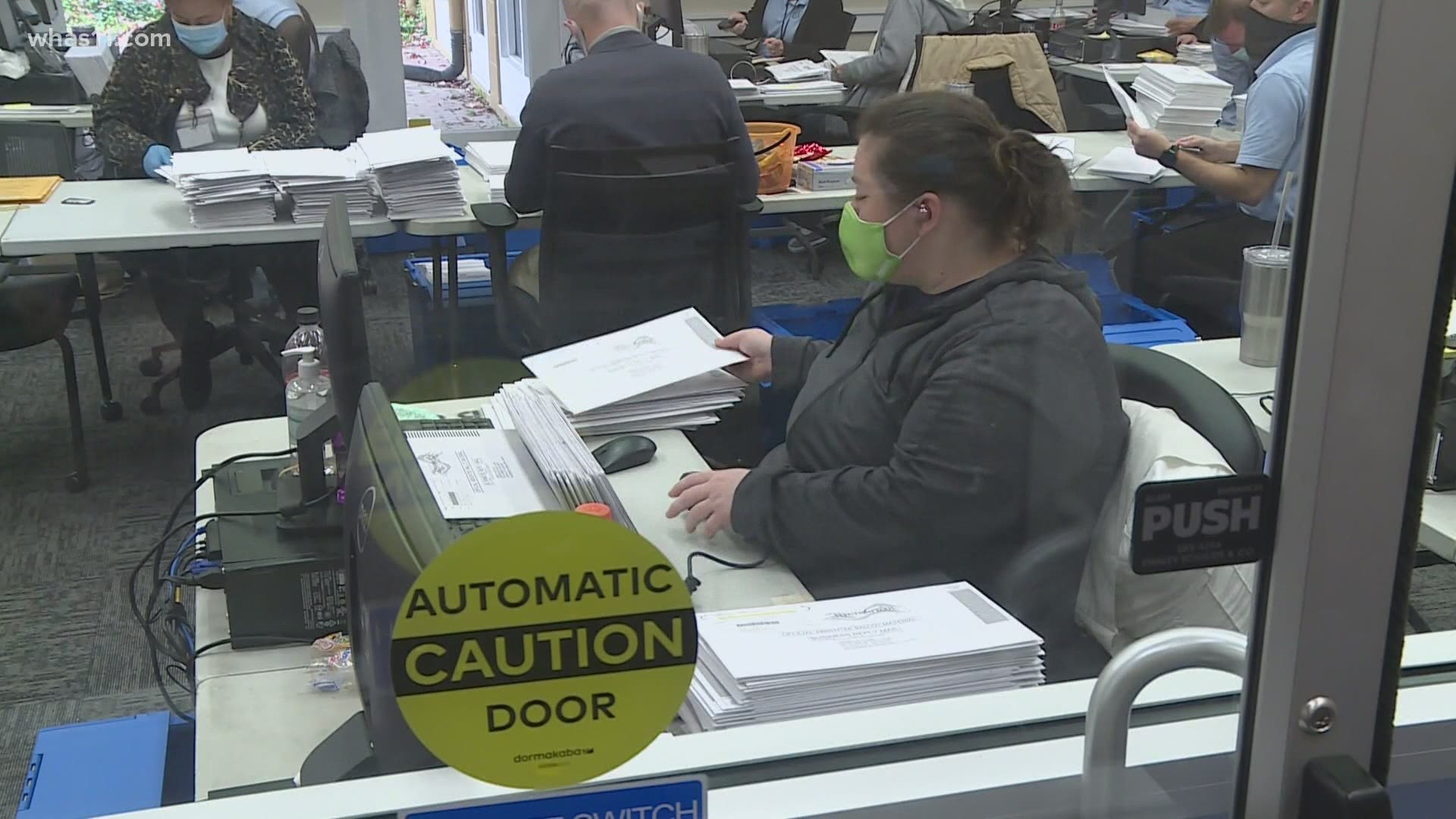 LOUISVILLE, Ky. — Around 2.1 million Kentuckians voted in the general election this year, breaking the record for the most number of votes cast in the Commonwealth, according to the state board of elections.

"The more people who vote in our elections in this country, the better for our democracy," Board of Elections Chair, Ben Chandler, said.

Chandler said election workers are still counting votes and will likely not have a final tally until the end of the week as it waits on ballots that were mailed on Election Day, but he said the total is more than the previous record-high of 1.9 million set in 2008.

Chandler believes the addition of absentee voting and early voting played a large role in the high voter turnout.

"We have really heard very few complaints," said Chandler. "Voters seemed to be extremely happy that they had all of those options available to them and it's going to be interesting to see what happens in the future."

This was the first year Kentucky had early voting and made absentee voting accessible to all Kentuckians, thanks to a plan agreed upon by Governor Andy Beshear and Sec. of State Michael Adams to address concerns of large crowds at polling places on Election Day in the midst of the coronavirus pandemic.

Voters were able to vote by mail in the primary election without an excuse and could request an absentee ballot for the general election if they stated they were concerned about the coronavirus. Voters were also able to cast their ballots in person three weeks before Election Day.

"This is causing more people to vote, which means that whatever returns we get will be more reflective of the populus at large, and I think that's something we've been craving for," UofL Professor of Political Science Dewey Clayton said.

Both Beshear, a Democrat, and Adams, a Republican, have publicly supported keeping these changes moving forward. In a tweet, Beshear wrote in part, "The next step is to turn this year's voting plan into state law."

The next step is to turn this year’s voting plan into state law.

I also want to thank all our county clerks and the poll workers who made today, and our entire voting process possible. Your work and bravery did not go unnoticed. Thank you. ^AB (2 of 2)

"I also want to keep early voting," Adams said Tuesday morning. "I don't think we need three weeks every election. This is a kind of a one-time situation, but I'd like to have at least a few days for people to go vote, maybe the Saturday, Monday, Friday leading in or something like that."

Any changes to future elections will have to come from the state legislature. While opposition for expanding voting options have traditionally come from Republicans, Chandler and Clayton both believe that may not be the case after this election.

"This election did not hurt Republicans at all," Chandler said. "In fact, they had I think one of the best elections they ever had in Kentucky."

"I think they will be heartened by this, and if they see that this is increasing their turnout, they're not going to want to go back," Clayton said.