In the lawsuit filed in Kentucky, Cameron and AG Herbert Slatery II accuse the government of an 'unprecedented power grab.' 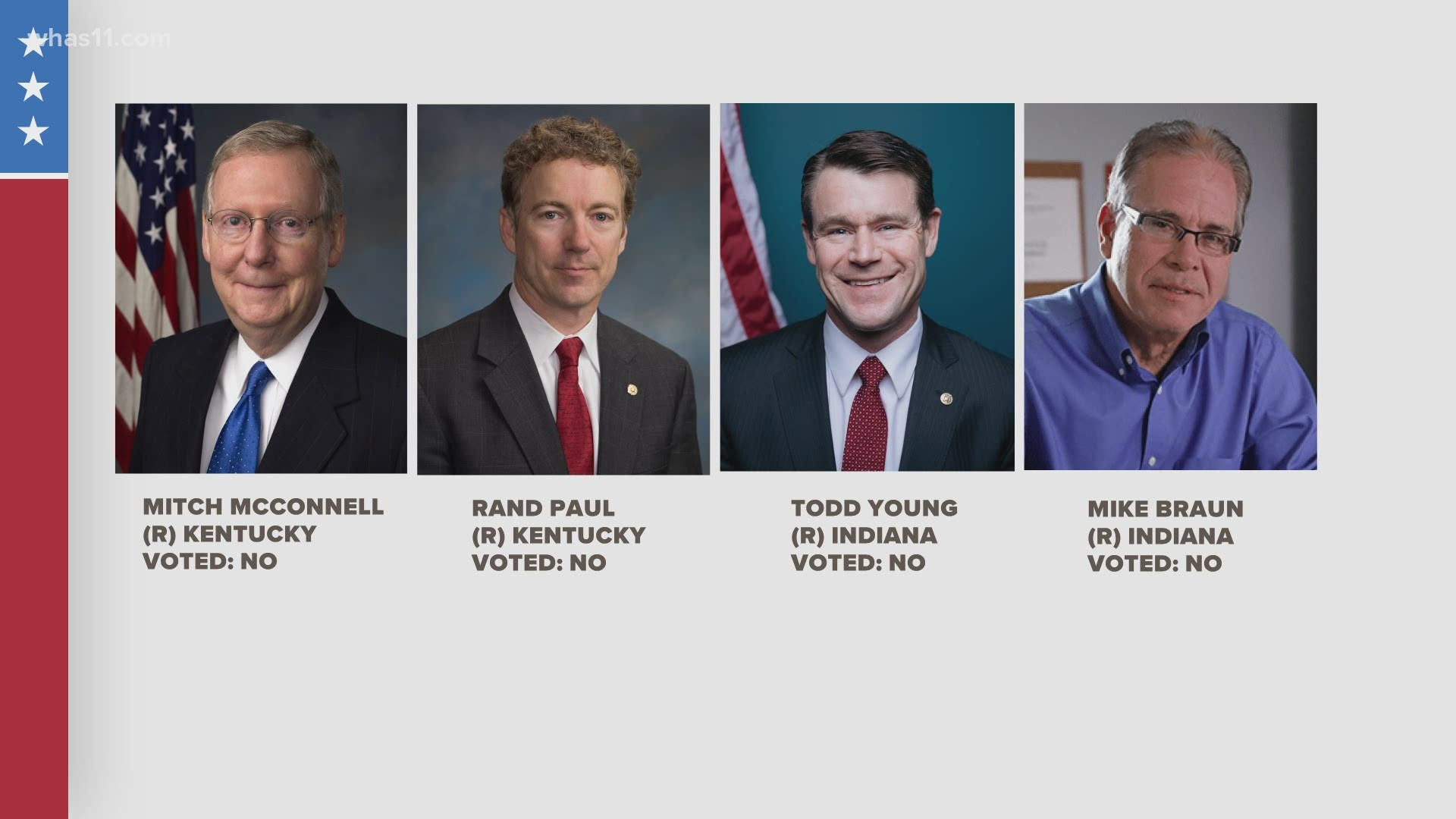 In the lawsuit filed in Kentucky, Cameron and AG Herbert Slatery II accuse the government of an "unprecedented power grab."

They are requesting an injunction that would block the enforcement of a provision that stops states from using aid in the American Rescue Plan to offset tax cuts.

Of the $1.9 trillion in the plan, around $200 billion will assist state governments with COVID-19 relief. Cameron said tax policies should be set by lawmakers "they elect to represent them" in the General Assembly, not the federal government.

“These COVID relief funds are essential to helping the Commonwealth and hardworking Kentuckians recover from the effects of the pandemic," Cameron said, "and it is unconstitutional for the Biden Administration to hold the funds hostage if we don’t agree to Washington’s preferred tax policies."

Kentucky will receive around $2.4 billion from the act. Gov. Andy Beshear is expected to sign bills related to the American Rescue Plan Wednesday.

Cameron and Slatery's suit follows a similar lawsuit filed in Alabama by attorneys general from 13 states.