Cameron said while prosecuting rioters might not directly fall under his jurisdiction, he does support the move. 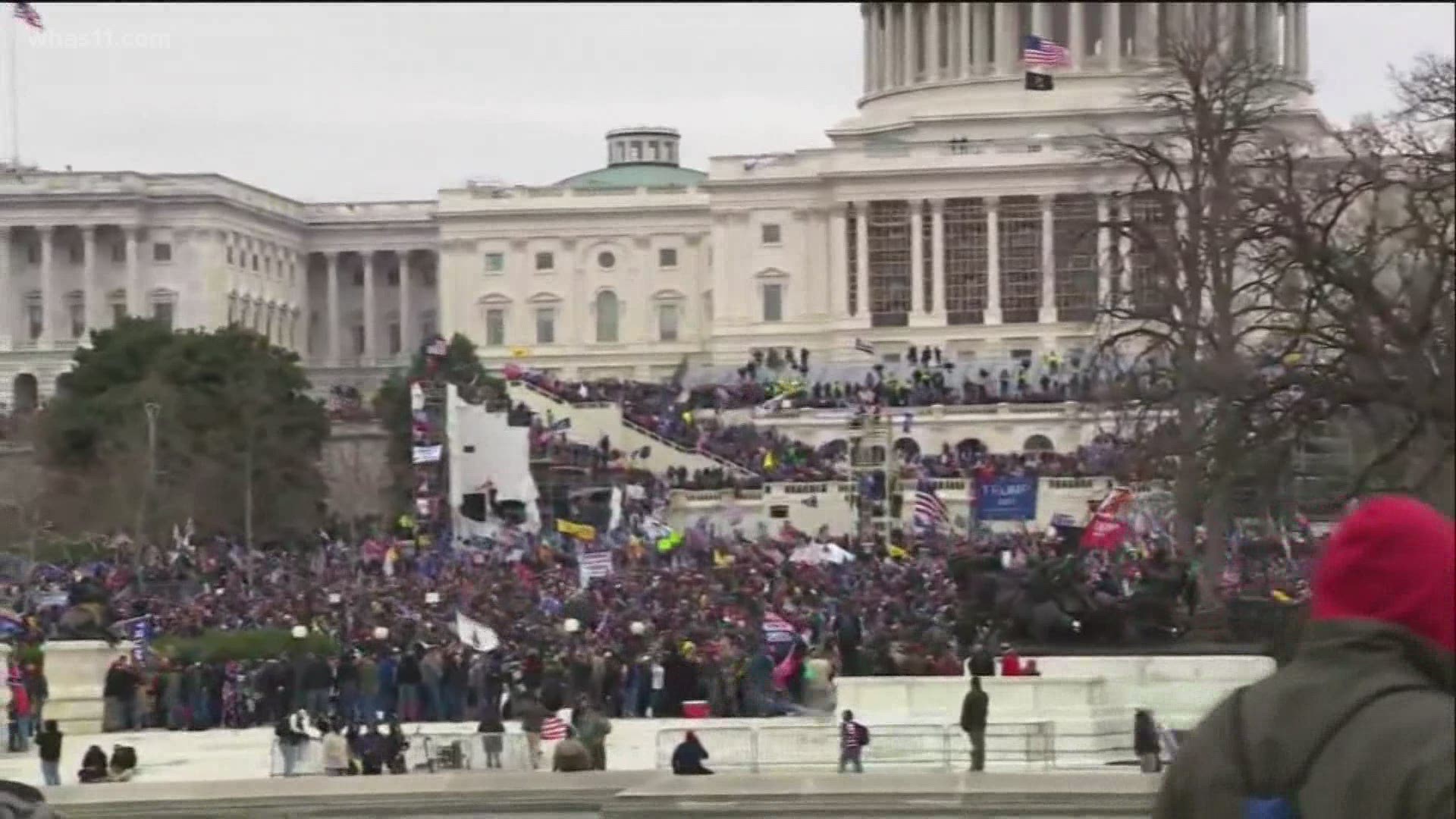 FRANKFORT, Ky. — A few days after the insurrection in Washington D.C., we sat down with Attorney General Daniel Cameron to talk about what he thought of the event.

Cameron said while prosecuting rioters might not directly fall under his jurisdiction, he does support the move.

"I will be watching to see how they respond to this, if there are any individuals that came from Kentucky that were infiltrating, if you will, our Capitol," said Cameron. "It was a sad, disheartening sight to see."

Cameron reacted on Twitter shortly after the riots, condemning the actions of those who breached the Capitol doors.

What is happening on Capitol Hill today is despicable, and I condemn it.

We are a country founded on the rule of law. Concerns and grievances are addressed through the political process and through peaceful protests, not violence and anarchy. This must stop.

According to the Associated Press, the United States Department of Justice said 15 individuals have been charged so far in federal court related to crimes committed at the U.S. Capitol. Authorities said additional complaints have been filed and other investigations are ongoing.

"We have to say enough is enough and...obviously peaceful protest is important in all facets of society and we've honored that throughout our history here in this country, but violence...is not appropriate and it's unacceptable and you have to call it whenever it happens," Cameron said.

A Kentucky State Police trooper and a sheriff's deputy in Franklin County have been reassigned after attending a rally in D.C. on the day of the insurrection, but no one from Kentucky has been formally charged with a crime so far.