Friday a working group with the Kentucky Board of Elections will hear early thoughts on how to make November work. 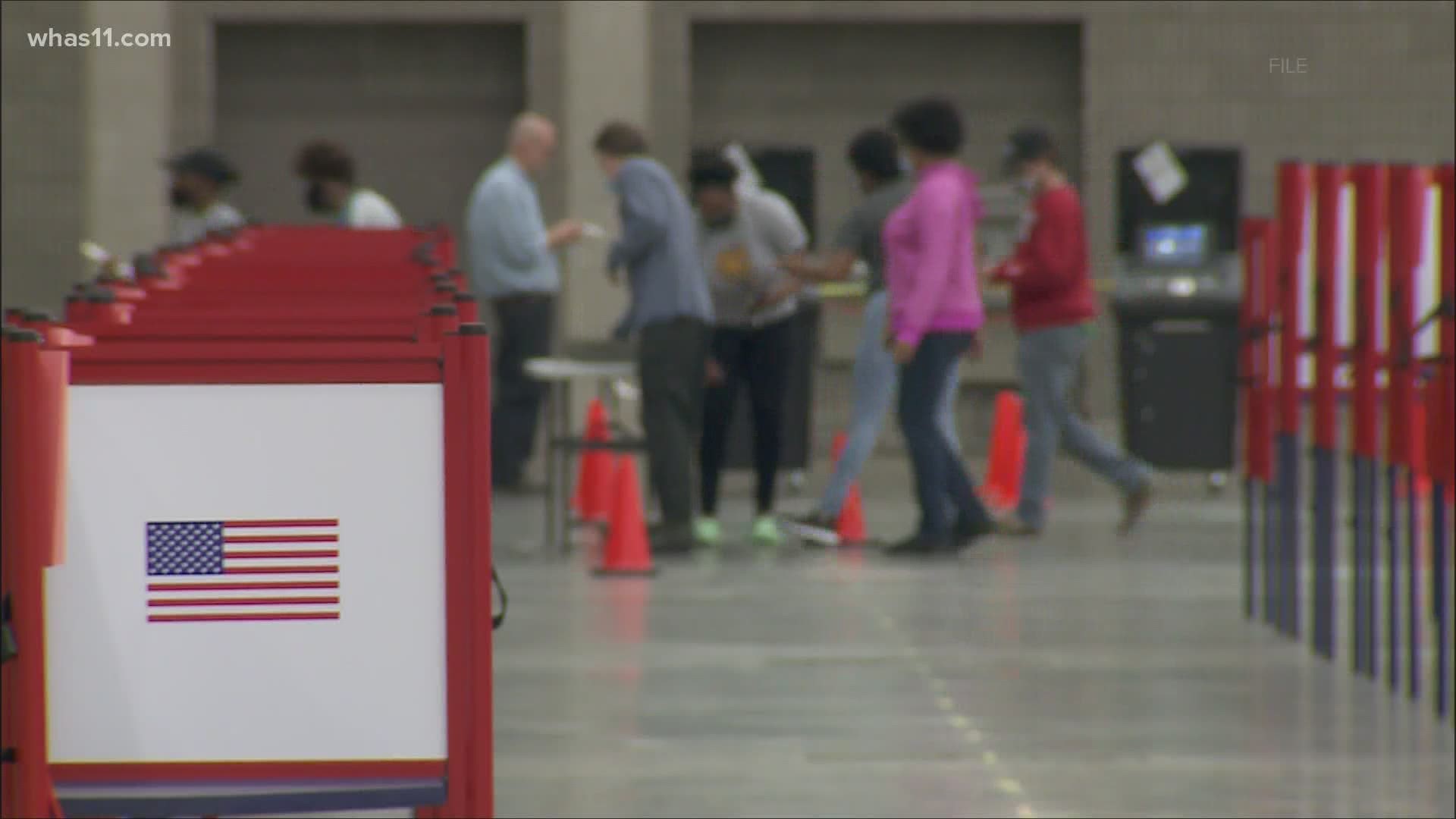 Kentucky's delayed primary in June went better than critics predicted during the pandemic. Most voters mailed in their ballots and the state's largest county, Jefferson, had one polling place in Louisville.

Friday a working group with the Kentucky Board of Elections will hear early thoughts on how to make November work. The general election could mean issues beyond keeping people at a safe distance.

"One party is skeptical of voting in-person and you've got the other party that is skeptical of mail-in voting and we've  got to try to do both of those methods in order to have an election that the country as a whole can have faith," Kentucky Board of Elections Chairman Ben Chandler says.

"Here's one thing I can tell you, there is no scenario where the governor and I are going to let the county clerks over reduce the number of voting locations. We're not going to have one voting location in Jefferson County, Fayette County and soforth. I don't think we're going to have that in medium sized and most of the small counties," Kentucky Secretary of State Michael Adams says.

Everybody involved suggests a hybrid is needed, meaning in-person, early voting and absentee options for voters.

How to vote is directly impacted by the biggest hurdle...how are you going to pay for it all?

The federal Government covered much of the coronavirus-related costs during the primary. Kentucky budgeted about three million for the general election and estimates put the November cost  at more than six million.

"When you give all of those options, it's more expensive and we're going to have to figure out how to come up with the money," Chandler says.

Secretary Adams says their goal is to make a data driven decision.

" To put this into perspective we had 29 percent turnout for the primary, 29 percent of those registered voted and we think we'll have about 70 percent of registered voters vote in the general election. So unless we can have  more locations and more poll workers to handle the deluge of people coming out of the woodwork,  we have a real problem. That also means it's going to be really difficult to have no excuse absentee voting for the general election because, you're going to be coming from 750,000 absentee ballots to-two million and  that's a big increase. I don't know that we have the capacity for that. Those are the things we're looking at but we want to make a data driven decision."

As they crunch the data they're also reaching out to federal lawmakers like Senate Majority Leader Mitch McConnell and House Budget Committee Chair, Representative John Yarmuth. They're hoping that the next coronavirus bill will make whatever works best for Kentucky. affordable.

RELATED: Volunteers needed in Kentucky for November election: Here are ways to sign up