'I have 15 months left, but I've given 15 years' | Yarmuth emotional upon return to Kentucky following retirement announcement

Tuesday, Rep. John Yarmuth, D-Kentucky, announced on Twitter he would be retiring from Congress after finishing out his current term to spend more time with family. 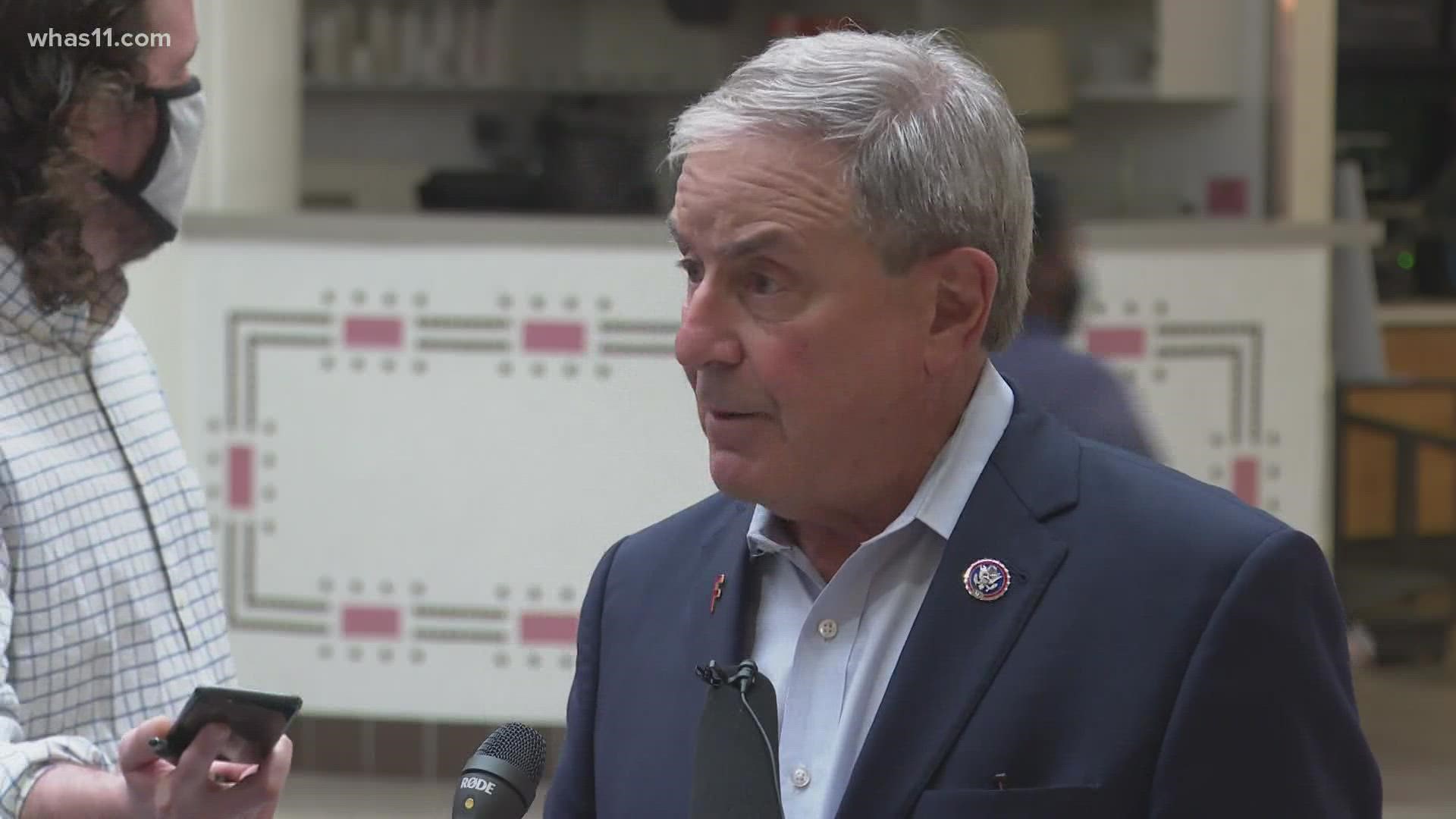 LOUISVILLE, Ky. — Rep. John Yarmuth, D-Kentucky, spoke to the media Wednesday after arriving back in Kentucky from Washington, D.C. following his announcement he won’t be seeking re-election when his term ends in 2023.

Yarmuth said he wants to spend more time with family and focus on teaching and writing.

“Fortunately, I have 15 months left, but I've given 15 years to this,” Yarmuth said while fighting back tears. “It's emotional to walk off the stage.”

Yarmuth, who was first elected to represent Kentucky's Third Congressional District in 2006, has served 15 years and has played a key role in forwarding the Biden administration's agenda.

He's currently in House leadership, serving as chair of the House Budget Committee.

Yarmuth said he feels his legacy once he leaves office will be the American Rescue Plan.

That's the most recent federal pandemic relief package to be signed into law and a bill he authored.

Some speculated Yarmuth's decision to retire from Congress signaled he’s concerned Democrats will lose control of the House after the midterm election.

Yarmuth said that didn’t factor in, adding he’s actually one of the most optimistic of his colleagues about Democrats maintaining control. Others have speculated redistricting played a role in his retirement.

The Kentucky Legislature, which has a Republican majority, draws the new Congressional maps.

Some have said there may be concern about the GOP trying to gerrymander Kentucky’s only Democratic district.

‘Fortunately I have 15 months left, but I’ve given 15 years’: Congressman @RepJohnYarmuth addresses local media after announcing he is retiring from the House after his term ends. pic.twitter.com/QprPYurhUK

Yarmuth said that didn’t factor into the decision either, and he’s been assured by House Republicans that his district would remain a Democratic stronghold.

“They've been very honest with me that they've decided not to do that,” Yarmuth said. “That's kind of been verified by leadership in the Kentucky General Assembly as well. They've said that they're not going to split Louisville up, and [Sen.] Mitch [McConnell] has been very adamant about that too with them and said don't, don't break Louisville up."

It's been an incredible journey since my first campaign in 2006 until now. I will continue to fight for Louisville in Washington for another 15 months, and then, I will retire from Congress.

I will have plenty more to say in the months ahead but this is what I want you to know: pic.twitter.com/MXFmWrSTYv

Who will replace Yarmuth?

Candidates are already stepping up to take Yarmuth's place once his term ends in 2023.

Within 10 minutes of Yarmuth tweeting that he was retiring from Congress after his eighth term ends, Sen. Morgan McGarvey, D-Louisville, tossed his hat into the ring.

Aaron Yarmuth, John's son, said he’s also considering a bid for his dad’s seat, but said not to count him in quite yet.

He said he’s going to spend the next week or so weighing his options.

"The possibility that I might run in the future after my dad has been something I've considered for a long time in different levels of seriousness, but the hypothetical lens is much different from the reality,” Aaron Yarmuth said.

When asked who he'd support to replace him, John Yarmuth said if his son got in the race, it'd be Aaron Yarmuth for sure.

If Aaron Yarmuth stays on the sidelines though, John Yarmuth said it's too early to endorse a candidate.

"I think Morgan [McGarvey] would be a great successor," John Yarmuth said. "Attica [Scott], I'm not as sure about, but I don't know Attica [Scott] as well. Certainly, in terms of Progressive credentials, they both have them so I'd be happy with that."

RELATED: 'It's been an incredible journey': Rep. John Yarmuth says he won't seek re-election, will retire from Congress