Prompted by a viewer question, WHAS11's Rob Harris delves into the security process that goes into mail-in voting ahead of the Kentucky primary June 23. 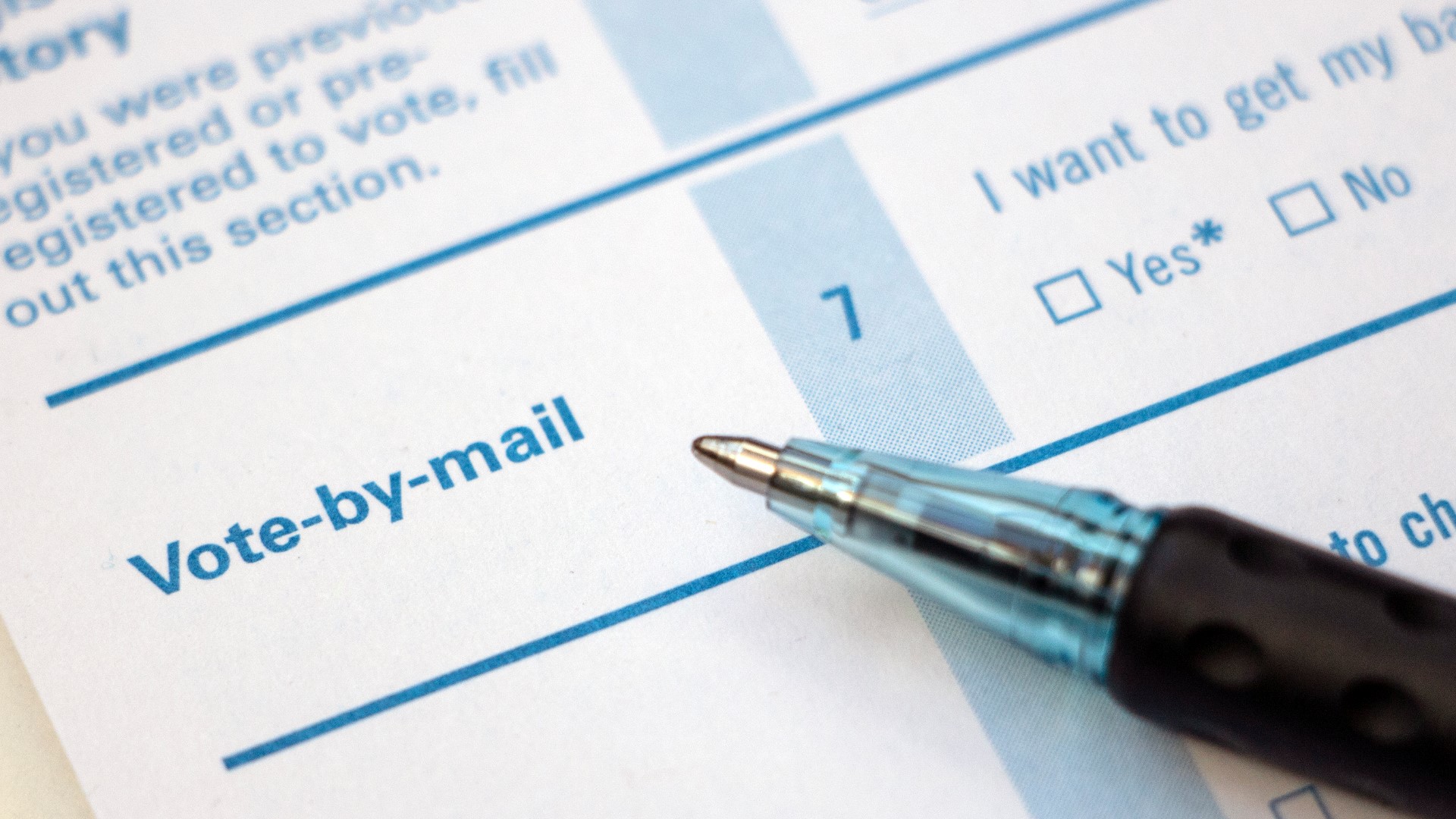 LOUISVILLE, Ky. — Here’s your reminder: the Kentucky primary elections are coming up June 23, and if you are planning to vote by mail (which state leaders really want you to do), you have to request your absentee ballot by midnight Monday, June 15.

A viewer named Brenda wrote in with a question that many are asking across the country. She wanted us to go through the checks and balances in place to prevent voter-fraud with mail-in ballots.

This is a topic that has gained the attention of many Americans, including President Trump. He has been arguing that mail-in voting should not be expanded in November—regardless of the status of the COVID-19 pandemic then—because of the risk of voter fraud.

To be sure, there is no evidence of rampant voter fraud in the United States, mail-in or otherwise; in fact, there is evidence of the opposite. All states have some version of mail-in (“absentee”) voting, and four states exclusively vote by mail. Those states have elected plenty of democrats and republicans alike.

Still, there are fair questions as to how mail-in ballots will be secured—particularly in states that, like Kentucky, are not used to receiving huge volumes of them during an election.

The first security step in the process starts when you register to vote. Whether you do it online or on paper, you will be asked to answer a series of identifying questions to ensure you are who you say you are; after that’s been established, you put your signature at the bottom.

Your signature, then, goes on file with the county clerk’s office and the state board of elections.

Already, we have two important steps. You verify that you are who you say you are by answering the identifying questions and signing your name the same way you did when you registered in order to get a ballot. And a republican and a democrat have to both agree on the answer to proceed.

When you receive your absentee ballot in the mail, it will come with two envelopes. After filling out your ballot, you will place it in the first envelope, and sign the outside of that envelope.

You will then place that envelope inside the second envelope, which will also be finished with your signature. Again a bipartisan team will be reviewing your identifying information, as well as your signatures against the ones on file.

“So for the people who have done it by the application process, I think they can rest assured that is their ballot and they’re the ones voting,” said Ghibaudy. “If we have any questions, we pick up the phone and we call that voter, and we ask ‘did you request that ballot?’”

Signature matching is the most common verification method for absentee ballots across the country. According to the National Conference of State Legislatures, people working to analyze signatures often get training on what to look for as they verify.

Many states have signature-matching technology helping them out in the process. And, again, the teams doing this are bipartisan to make sure it’s fair and square.

Ghibaudy did say that getting the necessary infrastructure in place has required a lot of hard work and long shifts for election workers in Kentucky, a state that doesn’t usually receive the majority of ballots through the mail. He said that while he feels confident in the security and integrity of our upcoming elections, he prefers in-person voting.

“We don’t want to do this ever again,” said Ghibaudy. “We want it to go back to normal.”