Attorney General Daniel Cameron said the motion is not about Gov. Andy Beshear's policies, but 'making sure he follows the law.' 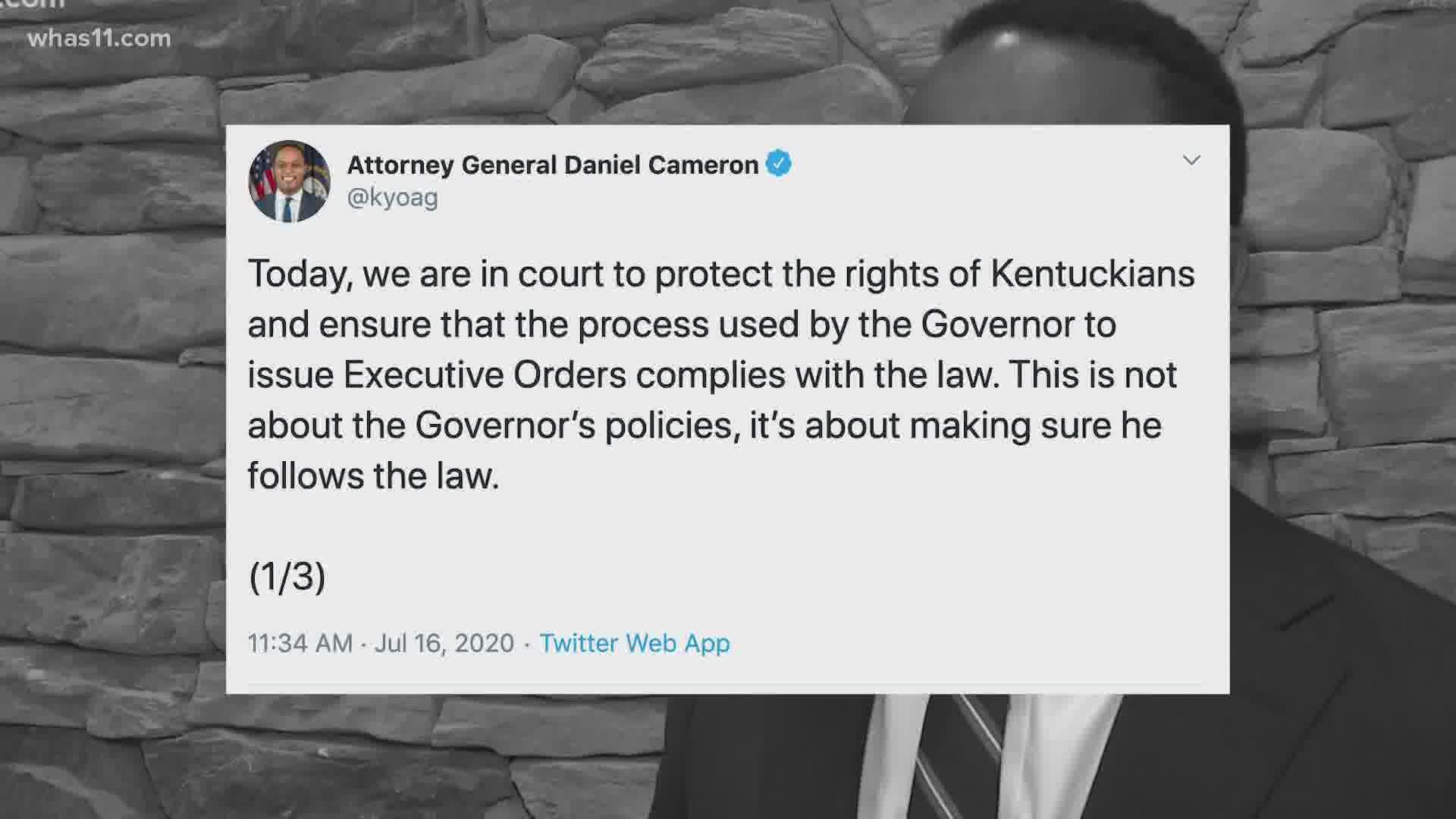 In a tweet, Cameron said the motion is not about Beshear's policies, but "about making sure he follows the law." The AG said judges at every level have found constitutional problems with his orders.

"This ruling does not hamper the ability of public health officials to ensure the safety and well-being of Kentuckians," Cameron tweeted.

The Associated Press reported the governor's office is expecting a ruling that will void his COVID-19 orders.

"With no rules, there is no chance of getting kids back to school, we will lose over $10 billion in our economy and many Kentuckians will die," Beshear tweeted. "I hope everyone understands how scary and reckless this is."

(2 of 2) With no rules, there is no chance of getting kids back to school, we will lose over $10 billion in our economy and many Kentuckians will die. I hope everyone understands how scary and reckless this is. ^AB

The Scott County judge had entered a restraining order against Beshear's executive orders after Agriculture Commissioner Ryan Quarles and Evans Orchard filed a lawsuit alleging the governor's orders were unconstitutional.

Beshear has maintained that his orders are about safety, saying mandates should not be politicized.

"This shouldn't be political," Beshear said during his mask mandate announcement July 9. "The AG in Kentucky is the only AG in the country suing their governor over these restrictions."

In the motion, Cameron's office calls the governor's orders "an arbitrary and unreasonable burden" on people's rights. The motion also said only Beshear and his appointees are making judgement, saying the governor has not worked with his office or the General Assembly on his orders.

"Across the country, Governors are collaborating with elected leaders from both parties to make sure that COVID-19 restrictions balance public health with the law," Cameron tweeted. "This Governor should do the same."

Cameron also tweeted part of his office's argument in court Thursday, saying they argued that 43% of all child care facilities face closures by November under the executive order and the Beshear administration has not planned for how to pay unemployment claims.

Beshear said prohibiting executive orders will affect things like compensation eligibility and waived copays, saying "there is much more at risk than a headline might lead you to believe."

"Companies wouldn't have to sanitize or use hand sanitizer. No masks, just like the Wild West," Beshear said during his Thursday press conference.

WHAS11 will update this story with more information.

RELATED: Just like Matt Bevin, as governor, Andy Beshear is aggravated with a capital 'AG'