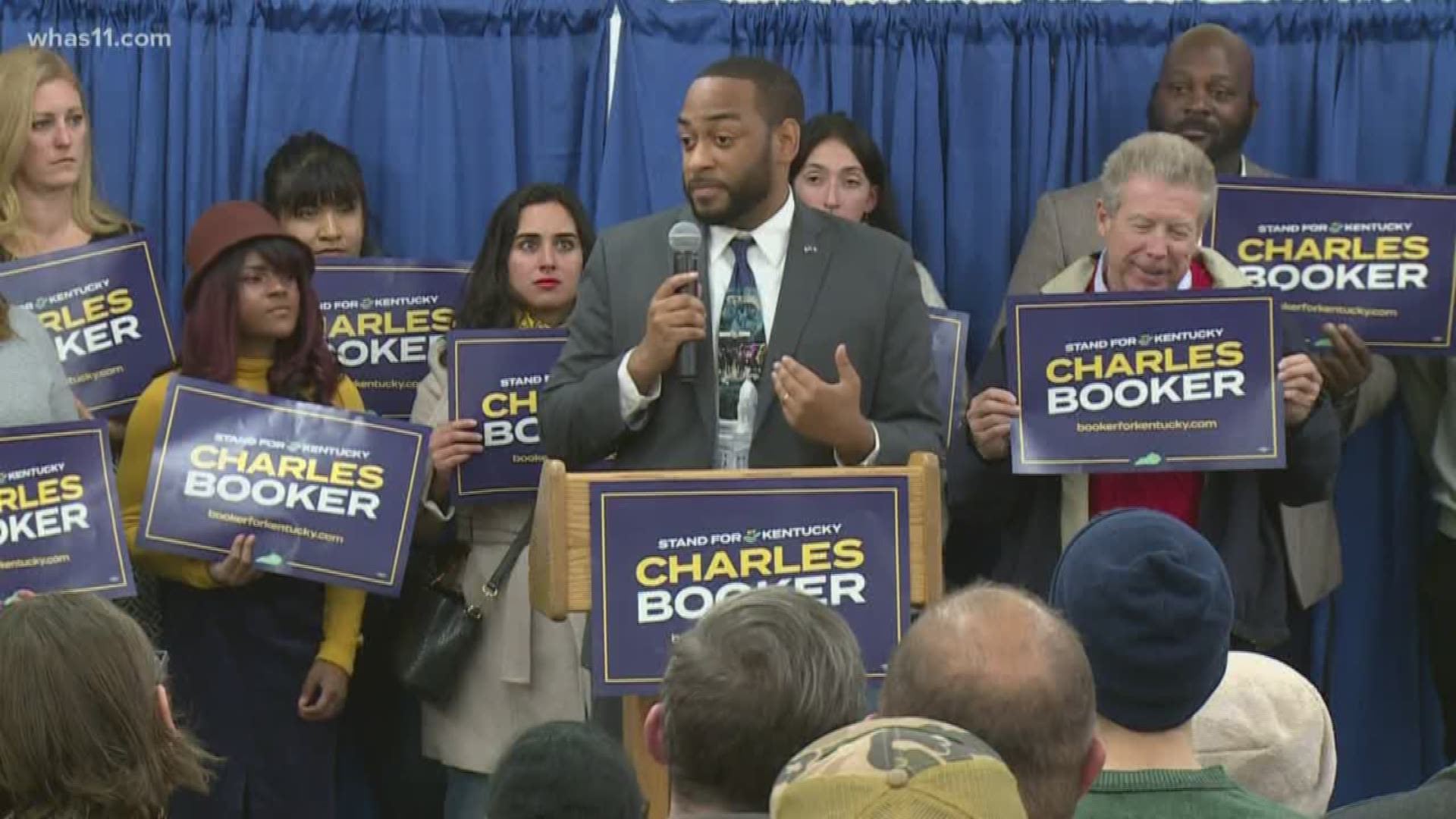 LOUISVILLE, Ky. — State Representative Charles Booker is a Shawnee Neighborhood native who wants to take on Senate Majority Leader Mitch McConnell. Tuesday, the freshman State Representative held a rally not far from where he grew up to announce that he’s exploring a run for the US Senate.

"We can deliver a Green New Deal for our families", said the 43rd District Representative, Booker.

He was born just weeks before Mitch McConnell's first election to the US Senate. The 35 year old lawmaker described what he called, "a movement", that he wants to inspire. He touched on topics like Medicair for all and UBI.

“We can demand a Universal Basic Income so that nobody has to question whether they're going to be able to eat the next day", he told supporters.

Representative Booker did not take questions after the rally so we could ask for particulars on where he stands, but the speech pointed to a path that is further to the left than that of former fighter pilot Amy McGrath.

McGrath announced a run months ago and has already banked more than $10M for her campaign. Some in the Democratic party have voiced concerns, both in public and private, that they wanted a candidate that would attract the left leaning portion of the party.

If Representative Booker is to enter the race, he'll face McGrath and journalist and farmer Mike Broihier. Sports talk radio host Matt Jones is exploring a run but yet to announce a decision.

The common thread for all of them is a desire to defeat Senate Majority Lead Mitch McConnell.

“My entire life he's been exploiting us”, Charles Booker said of Leader McConnell. “He's treated Kentucky like a poker chip that is disposable to him.”

He told the audience that he's headed on a listening tour to decide whether he will officially get into the race.