Several testimonies in support of House Bill 5 attempted to liken abortion to slavery or the Holocaust. 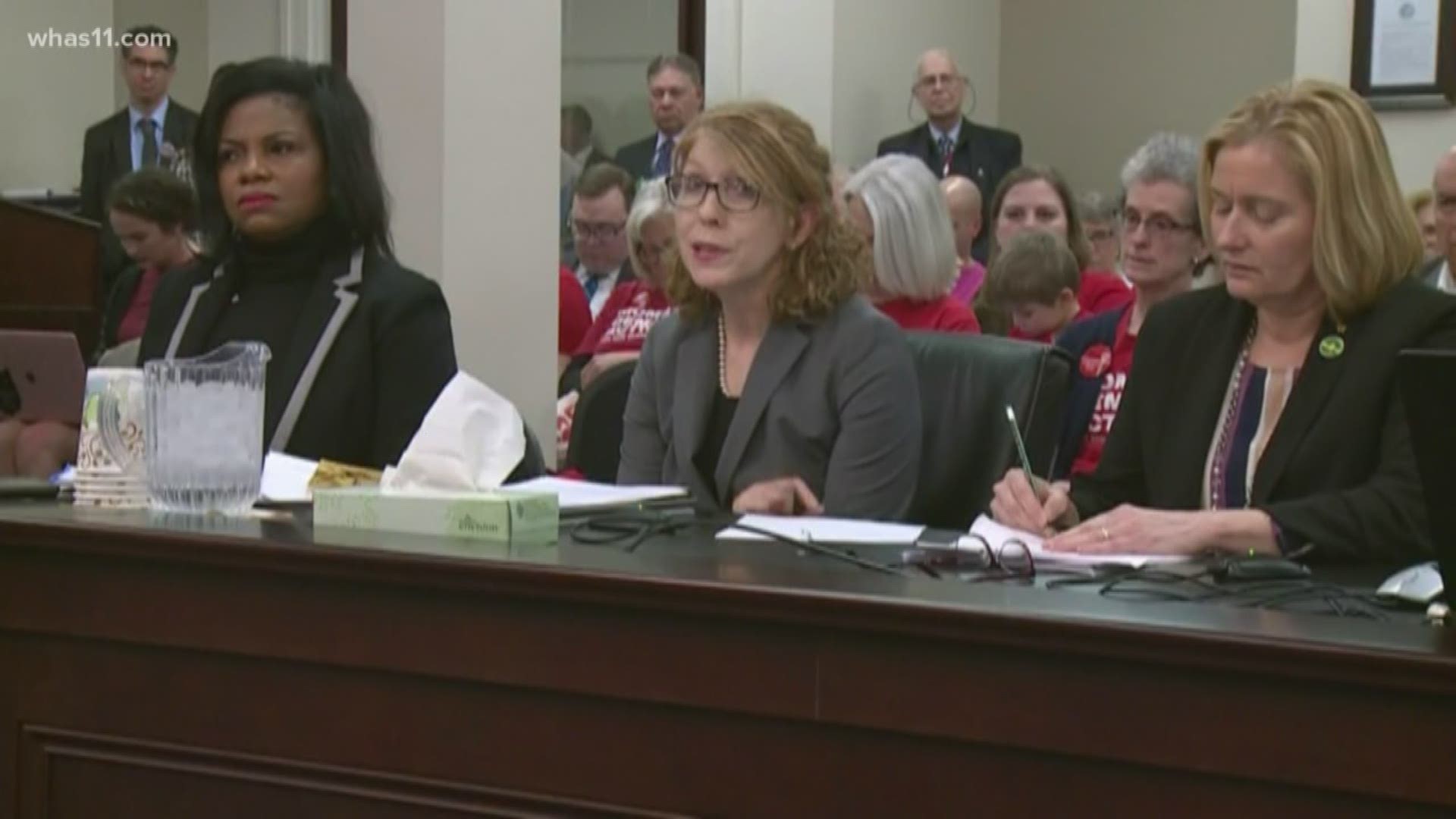 FRANKFORT, Ky. — A hearing for a Kentucky bill that would outlaw abortions in the Commonwealth included conversations on race, gender and the Holocaust.

House Bill 5 would prohibit an abortion if "the pregnant woman is seeking the abortion, in whole or in part, because of an unborn child's sex, race, color, national origin, or disability, except in the case of a medical emergency."

Several testimonies in support of the bill attempted to liken abortion to slavery or the Holocaust, with the comments coming after two opponents of the bill also made references citing public comments by lawmakers pitching this plan.

Louisville Representative Attica Scott was one of 4 "no" votes on the bill, saying that comparing abortion to things like the Holocaust was outlandish and reminding people that even during slavery some people did not want to be free.

"We had someone who tried to convince us that abortion and slavery and abortion and lynching and, quite frankly, abortion and the Holocaust were the same, and they are not," Scott said. "So that was offensive to hear, and I needed to push back on that to share a reality from my perspective as well."

Mothers on both sides of the issue gave their perspectives as well, as both of their sons were diagnosed with Down syndrome.

Mental health counselor Kelly Jones opposed HB 5 and urged lawmakers to "value all lives" by legislating help to the disabled and their families.

"It is a simple request, see us. We are already here," Jones said. "I ask that you wisely spend time on developing bills that help mothers like me."

Mary O'Callaghan, a doctor whose child also has Down syndrome, said she sees the plan as a continuation of the "country's noble legislative tradition of protecting the disabled from discrimination" and a response to prenatal testing she feels targets these children.

"Any field which diagnosis conditions for which there are no cures then offers to treat them by killing the patient is not medicine but mad science," O'Callaghan said.

The bill passed committee, and now heads to the full house. The chairman of today's committee said it could come up for a vote next week.