The governor said his efforts have been necessary in keeping people alive during the COVID-19 pandemic. 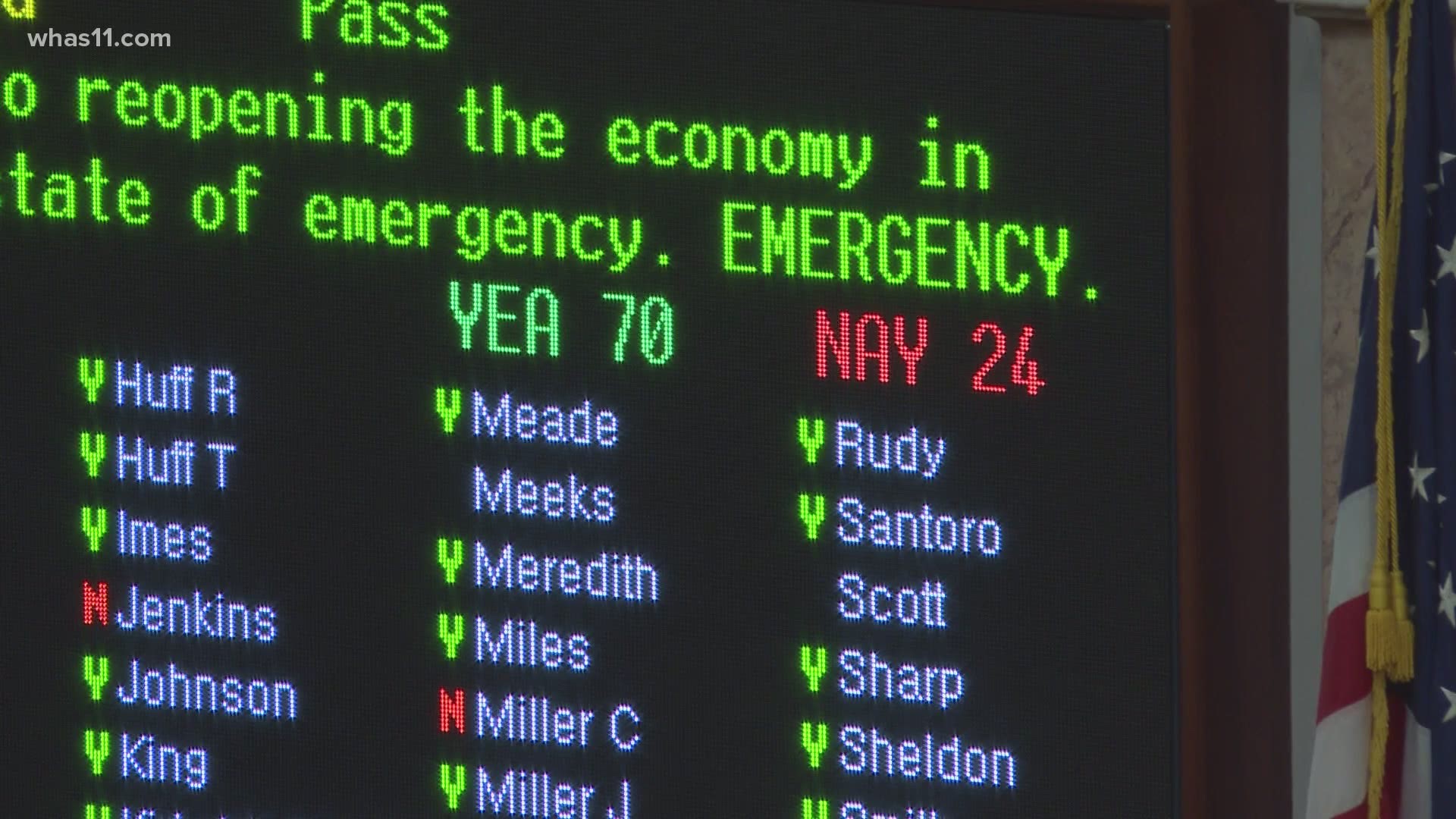 FRANKFORT, Ky. — Gov. Andy Beshear has vetoed five bills passed by the General Assembly during the 2021 regular session — three of which focused on limiting the governor's powers during the COVID-19 pandemic.

House Bill 1, described as a "reopen the Commonwealth" plan, would allow businesses, schools and churches to reopen if they meet guidelines set by the Centers for Disease Control and Preventions.

It also prevents the state from denying court-ordered visits by non-custodial parents and allows designated visitors at long-term care facilities.

In his COVID-19 briefing, Beshear said the state has been successful at keeping people alive and getting people vaccinated at a faster rate than others, and said a majority of Kentuckians have supported restrictions on gatherings, restaurant openings and in-person learning.

The governor also pointed to the courts siding with his emergency actions, including the Kentucky Supreme Court's decision to uphold his restrictions on businesses during the pandemic.

Senate Bills 1 and 2 also focus on the governor's pandemic response. SB1 would limit the governor's executive orders during a state of emergency to 30 days unless it is extended by the General Assembly.

It would also limit the governor and secretary of state's ability to change an election during an emergency.

SB2 would give legislators more control over the governor's restrictions.

Beshear also vetoed two other bills, one focused on abortion and another on state board and commissioners.

The Republican super-majority has the numbers to override any vetoes when they resume session next month.