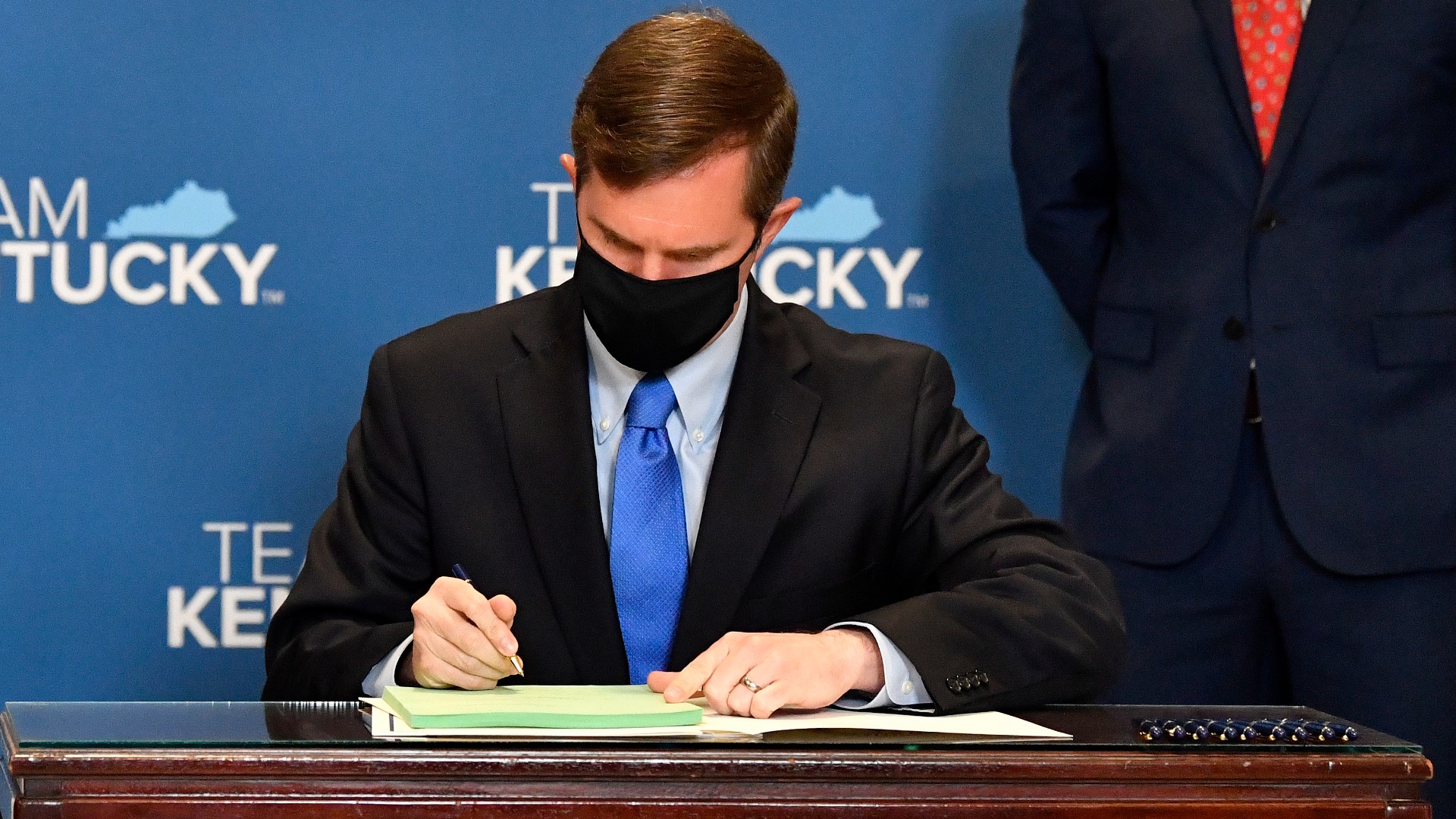 Those items include broadband expansion, school construction and water and sewer projects.

During a legislative session that saw pointed accusations, it's not often we've seen Beshear with members of Republican Leadership touting agreements.

Wednesday he signed budget bills that set aside state money to pay for all day kindergarten and plans for more with $1 billion from the American Rescue Plan Act.

Beshear said the federal aid offers a “once-in-a-lifetime opportunity” for long-term investments to attract businesses, create jobs and improve quality of life for many Kentuckians.

"It was an open honest dialogue where we worked together," Beshear said. "We worked to answer each other's questions, nobody got everything they wanted but the people of Kentucky got solid actions that will help them in the interim, and my hope is that we created a foundation for more trust as we move into the future."