Petitioners claim Gov. Beshear violated the Kentucky Constitution in his response to the COVID-19 pandemic. 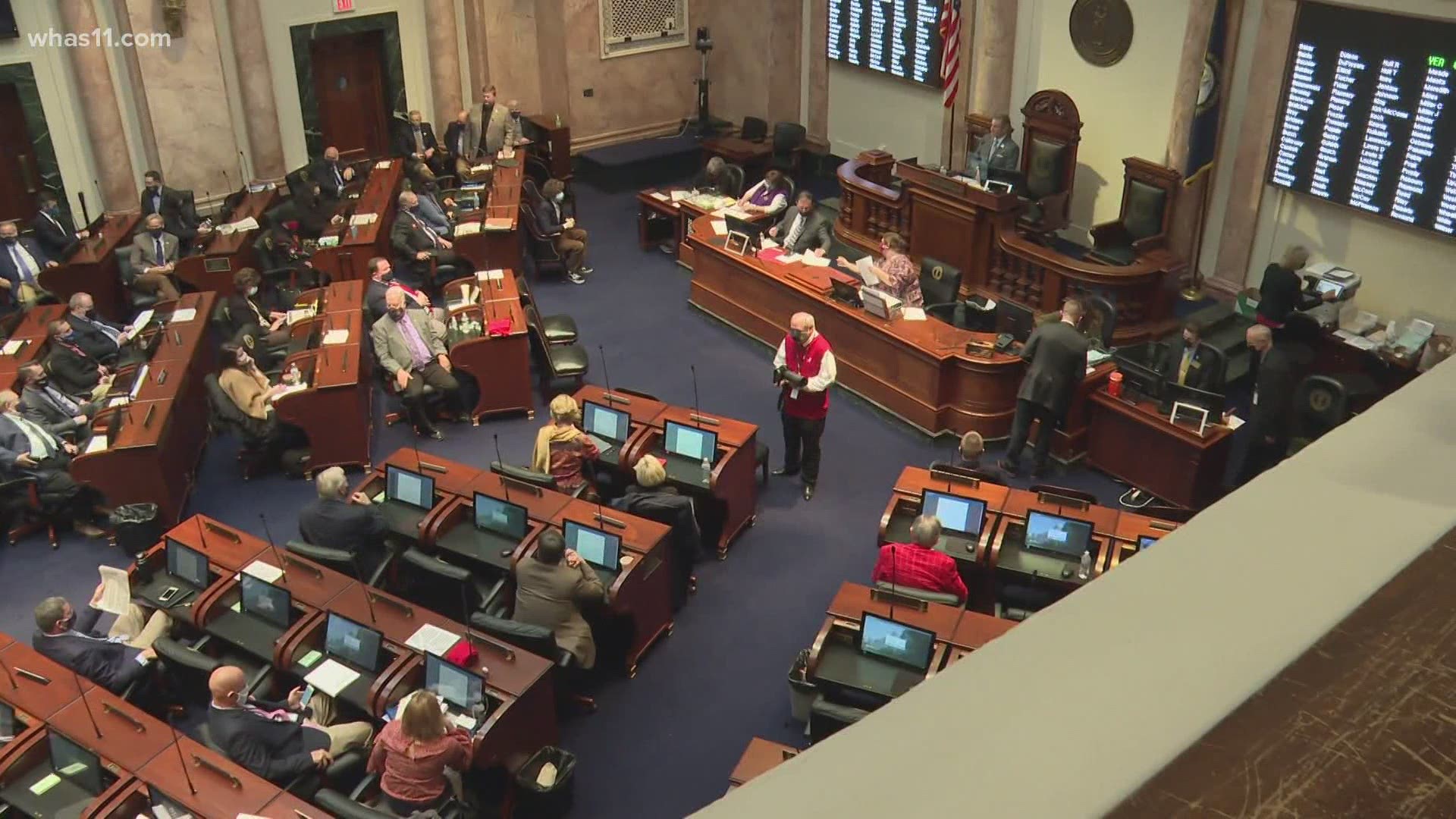 FRANKFORT, Ky. — A committee has been formed to investigate calls to impeach Kentucky Gov. Andy Beshear, but even some who may investigate think those demands are going too far.

Late Monday, the Kentucky House of Representatives announced who will serve on a special committee to investigate the petition filed on Friday by four Kentucky citizens.

Rep. Jason Nemes will chair the committee. Rep. Ed Massey, Rep. Kim King, Rep. Suzanne Miles, Rep. Angie Hatton, Rep. George Brown Jr. and Rep. Patti Minter will serve on the panel. There's no word on when they may begin their work, but the Kentucky General Assembly is in session through Jan. 13 before breaking and returning to Frankfort in February.

Those calling for the impeachment were not in the House, but are instead citizens demanding action. They rallied at the Capitol Saturday after filing a petition claiming that Beshear's pandemic response violated the constitution.

WHAS11 spoke with some of them over the phone on Monday, including Lexington business owner Andrew Cooperrider.

"I want one of two outcomes," Cooperrider said. "I either want to see all of this evidence in data or I want him impeached because he did then [break] Section 2 of the Kentucky Constitution."

Bullitt County resident and former Libertarian candidate Randall Daniel said he supports making sure Kentuckians can go about their day-to-day lives "in a manner that they see best fit to do so.

"If that requires Andy Beshear stepping down or stepping aside, so be it," Daniel said. "If it doesn't, that's OK too."

Behind the scenes, several Republican lawmakers are not happy with this petition. They feel their legislative efforts to rein in the governor this session are enough, but petitioners insist those efforts are not enough.

"Even with the kind of restrictions they might put on him, none of them address the things that that I'm most concerned with," petitioner Jacob Clark said.

Beshear said the petition had "zero grounds" and that while he understands Speaker David Osborne feels the law requires that a committee be formed, he feels "going anywhere on it" would be an effort to try to overturn a "valid election."